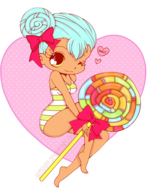 My interest Check for 1x1:
https://www.roleplayerguild.com/topics/171106-dh-interest-check-always-open/ooc

Want to group rp but they all die before they even get started, if you got a one you trying get people on send me a pm about the story plot

Grabbing up her books as the Professor releases them she starts her way down the steps in the classroom thinking about what she wants to do her report on, the Professor talked about the history of the city and for the report all the students have to pick a spot or a building. Lost in her thoughts as she moves down the halls of the History building wondering which spot in the city would make for an exciting report, knowing most of her classmates are going to pick the University in hopes of getting bonus points for picking it. Jumping at the vibrate in her pocket she quickly digs it out of her pocket, a slight thought that it might be that lion Vance she met earlier today and had exchanged numbers with before she rushed off to her local history class. A chuckle escaping her lips as she just stands still for a moment thinking about earlier and how he seems so interested in going to the Wolf Pack with her, shaking her head as her phone vibrates faster signaling the call is about to end.

Answering it as she walks out the door making her way towards the cafeteria starving because she had forgotten to bring some snacks into class with her today. Growing quiet as the voice on the other ends talks about the Student Council needing to meet up to discuss the last minute details for the Winter Carnival, asking a few questions about where they are meeting and if she has a few minutes to grab a late lunch. Hanging up her phone after a few minutes she rushes off towards the cafeteria grabbing up two meat substitute burgers and a soda before heading back out the door and down towards the library. The student council meets upstairs once a month though it changes to weekly if there is a event going on for the University, they hadn't scheduled one for today but apparently the President wont be able to attend the meeting they had set in place later in the week.

She stops running only when she gets through the doors at the library knowing the Librarian will yell at any student who runs or makes too much noise in her building, waving to a few of her basketball teammates as she passes them on her way towards the stairs and lets out a grateful sigh to see she not the only one running late to the sudden meeting. Taking her seat at the top of the conference table that most students will use when they have to do group projects, she pulls out her burgers chewing on them as she glances over the President quietly going over his notes. The Student Council President is a hawk who is only a few inches shorter then her but his personality demands control of the room and he doesn't but up with any kind of foolishness, she has never seen him outside the meetings which always makes her wonder if he has any friends.
In :ὁ Animalia [OPEN!] → 10 days ago Forum: Casual Roleplay
Anyone down to do a winter carnival committee?

If you click on the character tab @LostButterfly92 has a character rule/layout for characters. And extra information in case you need a little help deciding on how you want your character

We look forward to you joining us :D
In :ὁ Animalia [OPEN!] → 1 mo ago Forum: Casual Roleplay
Lobelia

Chuckling at his love/hate comment she wonders what classes he takes to have that view or maybe he doesn't like the Professors telling him what to do. She tilts her head slightly at him asking if she could help him growing curious though she chuckles as he mentions his night missing something and wanting to try new things

The laughter can be heard on her voice as she waits for him to finish this thought, shaking her head at the mention of 'Wolf Pack' and shrugs pretending to be annoyed by the question. She goes to the place occasionally with some of her friends but its not somewhere she cares to go to all the time since other wolves go there too which means word will make its way to her father and she doesn't want to deal with him talking about how she needs to find a suitable boyfriend or rub elbows with someone's daughter or son.

"So you assume since I'm a wolf I would go to this club?"

Grinning after a minute she pulls out her phone and slides through her pictures until she comes upon the ones she took at the club, where you can see the outside of the building and the inside behind a smiling fox, lynx and her. Leaning closer towards him so he can take a look for himself

"Its a fun place, music always great, if someone causes problems they are dealt with quickly, and the food pretty good too... My friends usually drag me along for the ladies drink free night. Popular hangout for most the students here, I'm surprised you haven't gone there yet yourself"

Ill get a post out tomorrow I was just waiting to see if more would post before I put up another one.
In RPG Pet Pageant - Voting Thread! → 1 mo ago Forum: News
Category: Dog
1st Pick: Bowie
2nd Pick: Elin
3rd Pick: Kotoru

On a side note it is very hard to pick the best one, I love all of your guys pets *big hugs*
In :ὁ Animalia [OPEN!] → 1 mo ago Forum: Casual Roleplay
Lobelia

Squatting down as she works on making more snowballs while glancing around the Quad as she watches other students coming out the buildings from whatever class they had just spent a few hours in either heading off to get food, or back to their dorms to catch more sleep but a good bit of students find their own spot around the Quad to play in the snow and she notes a few more have added their own snow animal next to the Doe and Skunk. A soft smile on her lips she stands up holding one of the snowballs she made and just tossing them into the air aiming for a spot on the other side of the sidewalk almost like she shooting a basket. She tosses a few more snowballs before a voice breaks the silence around her, though at first she doesn't pay too much attention since normally when a guy approaches her they tend to be more uptight.

Turning slightly at the mention of there must be something wrong with his eyes, she finds herself laughing as she drops the snowball she had been holding and wiping her hands on her pants blinking in surprise that he just grins without worrying about his fangs showing. Her eyes drop to his offered paw laughing at him calling her gorgeous as she takes his paw into hers

"Lobelia, I must say its a first to have a lion call me gorgeous"

She studies his face for a second noting that he has at least three inches on her though it doesn't bother her since most of her own species is taller then her, dropping his paw she tucks her paws into her jersey jacket offering a small smile towards him. Glancing over his outfit noting that he also the first lion she hasn't seen wearing a suit, even most of the young lions that attend this University wear dress slacks and a button up shirt.

"I haven't seen you around campus before, been at the university long?"

Her morning always seems to go the same, she heads to the cafeteria where her usual spot is at one of the tables in the middle of the room and she sits with the girls on the basketball team since the track team members dont really hangout together too much outside the field. She excited that the girls on the team are excited about a little afternoon snowball fight before they have to head off to practice, having already seen others playing in the snow this morning and enjoyed the sight of a snow doe and a snow skunk. After breakfast she heads off towards her Trig class that is two hours long, which she dreads every day she has to get up to go to it but lucky for her it's only twice a week. She always sits along the back of the classroom because she doesn't want her height to be blocking anyone else, pulling out her book and notebook she sets them out in front of her so she can be ready to take notes. Before she knows it the bell is ringing signaling that class is over, yawning she rubs at her eyes looking around the room as other pack up their books starting to head out the room. Smoothing back her fur she glances down at her notes not even sure if she remembers anything from todays class but carefully tucks everything away into her duffel bag before heading out the classroom, her next class isn't until the afternoon so she starts thinking that maybe she should go hangout in the quad for a while.

Deciding her next move is easy as she makes her way back outside again, a few other wolves stop her as they ask if she will like to go to the Winter Carnival with them but she politely declines but with an internal groan 'Yea like I'd ever want to go with someone just trying use me to get in good with me father'. She doesn't get along with most of the male wolves around the campus even less with just the hand few of the white wolves that attend the University like her. Pausing on her way out the door taking a few steps back so she not in the way as she reads the flyer about the Carnival, a big smile forming on her face though she holds up her paw to hide her fangs since some of the herbivore students still get scared at the sight of her or other carnivores. Dropping her hand as she heads outside wondering if she should find someone to go with or if she should just go alone, one of the girls on the team said there's talk that she might be crowded the Winter Queen which if she honest with herself does sound pretty awesome to win.