STATUS: I spent the past ten minutes looking at baby cow pictures. My only joy 2 yrs ago 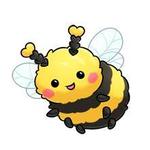 2 yrs ago
Current I spent the past ten minutes looking at baby cow pictures. My only joy
3 likes
2 yrs ago
what's wrong with strippers? I'm sure they're very nice when you get to know them >.<
2 likes
2 yrs ago
the difference between sand and glitter is that while both never seem to leave, at least with glitter you can tell people you were practicing magic
1 like
2 yrs ago
Five roleplays to reply to, *cracks knuckles* this might take a bit
3 likes
2 yrs ago
Holy shit it's coming to life. Where is lighting when you need it?
2 likes

LOOK GUYS I STARTED A ROLEPLAY ABOUT DRAG QUEENS COME CHECK IT OUT: roleplayerguild.com/topics/173933-we-…

WARNING WARNING GERBIL ALERT: This human has the attention span of (and may very well actually be) a gerbil. While they will try to respond as frequently as possible it is NOT unusual for them to go away at random times for random periods. This is not ghosting, this is gerbiling

Hello there my friends! I really like writing but I mostly do poetry so I feel like roleplaying will really help me write stories. That being said though, my writing style can tend to be kind of poetic at times; not all the times, but occasionally. I love all sorts of roleplays and I'm opened to most kinds of roleplays. My usual amount of per post is around 3-4 small paragraphs, at most six small paragraphs. Besides that I am a gendefluid individual (I like to consider myself above gender) who uses they/them pronouns. I am on the autism spectrum and just adore adding that into my roleplays. I adore anime and anything Asian really; just recently I started watching a Thai drama called "Grey Rainbow".

My favorite generes are:
Yaoi
Yuri
Horror
fantasy
sci-fi
supernatural
B.D.S.M (I am a tad bit freaky, but aren't we all?)
My interest check: https://www.roleplayerguild.com/topics/173527-1x1-roleplaying-ideas-general-mxm-and-fxf/ooc

Some things I will not roleplay are:
Anything straight, because I am not straight XD

I mostly do 1x1 roleplays but I would like to do more group roleplays.

Waiting to be accepted https://www.roleplayerguild.com/topics/173720-dawne-a-japanese-school-life-rp/ooc

Like, two 1x1 roleplays have actually started? And, I'm conversing with a few other people.
(you guys don't need to know this, it's just so that I don't forget)

In The Crystal Gems → 2 yrs ago Forum: Tabletop Roleplay
Name: Citrine
Age: 7,400
Appearance: At a height of 6ft 10 inches and a weight of 260lb Citrine is a very imposing figure. They have broad shoulders and a sturdy chest that gives way to a tapered waist. Their arms are muscular along with their legs. In general their body is well proportioned. Their skin is a pale, almost white shade of yellow and they have deep, golden eyes. Their hair is a lighter golden color and falls as slight waves down to the bottom of their ears. Their outfit consists of a clinging t-shirt in a shade of yellow similar to their skin along with a bohemian style, long skirt in the same golden color of their eyes. their gem is located where their heart should be and their voice is much deeper and more masculine than most gems. They have an affinity for human makeup,

Backstory: Like all quartz gems, Citrine was made to fight for their homeworld; the only problem was is that Citrine did not want to destroy, they wanted to create. However because of the strict hierarchy they were not allowed to express this part of themselves. However when they were sent as part of the forces to stop the rebellion on Earth Citrine saw the beauty that humans could create and decided that their dream wasn’t so hopeless after all. They defected and joined the rebellion; where along with fighting, Citrine became a skilled medic. After the war Citrine spent most of their time perfecting different human crafts that they have come to love; their most favorite of which being doll making. When not engaging in their hobbies Citrine is acting as a parental figure to the other gems on Earth.

Level: 1
EXP: 0
Strength: 13
Dexterity: 8
Constitution: 9
Intelligence: 12
Wisdom: 16
Charisma: 15
Health: 10
Gem Weapon: A large shield
Inventory: Lightweight gem armor, vial of healing tears, two vials of fire salts
Abilities: Spin attack, mighty Mohs.
In We Are What We Are → 2 yrs ago Forum: Casual Interest Checks
@dragonbutts If you want to do two characters that's fine but please don't push yourself! That would make me very sad :(
In The Mage Guild of Alsijan → 2 yrs ago Forum: Casual Roleplay
@Stitches Well Hisashi is really close to his Mama Hinta but I'm sure he would quickly latch onto any motherly figure he found in order to gain comfort from being away from her. I would love for Tiana to mentor him.
In Looking for RP Partners! F/22/PNW → 2 yrs ago Forum: 1x1 Interest Checks
Hello there! I'm open for any MxM or FxF you are willing to do I write around two-four paragraphs but can do more if inspired. I like having the plot progress naturally but I do need a little bit of planning for over all plot. Pm me if you want :)
In We Are What We Are → 2 yrs ago Forum: Casual Interest Checks
@nohbdies You are accepted!

So waiting for the sun to set was much more boring than Carter anticipated; so was the unfriendliness of the alley rats, if the various bite marks on his now uncovered hands were anything to go by. I have no one to blame but myself if I die from rabies, but I will still go on a rat murdering spree anyway, because … murder. Carter probably should be concerned with his own train of thought concerning the death of innocent rodents, being a superhero and all, but he waved them off as him being overly tired and potentially infected with an aggressive inducing virus. Can one suck out rabies, like with snake venom? Carter, now curious, brought his hand to his mouth and began sucking harshly on the wound; the only result being a horrible taste in his mouth and a strangely placed hickey.

Welp that didn’t work and my attention span is now completely depleted, time to go home. And with that, Carter was off once more; returning his gloves to their rightful place on his hands before removing his mask and the outer garments of his costume. Now he just had to hope that no one thought the boy walking down the street shirtless and holding a bundle of clothes was a stripper and asked for his “service”.

With confidence that only a man with no shame could exude Carter exited the alley and strutted down the street without even blinking. He had managed to wait out the sun until dusk so while there were fewer people on the street, there were still people wandering about, occasionally staring at the young-old man. He greeted them all with the appropriate amount of pizzazz and finger guns.

It took him a good hour, and two cops on two separate occasions asking him if he was ok, before he reached his hideout. The old warehouse stood proudly against the rest of the dilapidated factories that had been shut down for more years than anyone could remember. Well, I remember it… but you get the point. Who am I talking to? Carter paused for a moment, contemplating, before shrugging and entering his home. He had work to do.

He barely bothered to throw his costume to the side, letting it hit the cement floor with a small thud of his mask, before sitting down by his salvaged desk. It was chaotic really, the entire thing piled to the point where it was near collapse from the sheer weight of plans, intel, and Carter’s own crazed conspiracy theories. It was a chaos Carter could work with though, as with ease he shifted a few papers to find his folder on the thief he had just failed at apprehending. With a fountain pen the vigilante wrote frantically, documenting every single new fact he had discovered about his foe while simultaneously writing down on another sheet a new strategy for capturing him.

Before I thought he was just an exceptionally skilled cat burglar, but with powers like that it is easy to assume that he will soon be moving onto bigger game, potential games that could lead to serious civilian damages. Carter stood up as he wrote, sending his busted wheely chair sprawling to the other end of the room, His power means I’m going to need the element of surprise: guns and bow fighting are out. Snipping and long distance bombs are the way to go. Finding out his next target will be rough though, I would be better off trying to find his lair, then I would really get him by surprise…..

In an element of rarely seen seriousness, Carter spent the rest of the night in complete and utter silence. His only movement was the racing speed of his writing and his mouth occasionally speaking his thoughts without a sound. He had a job to do, nothing could stop him from that.
In Ban the Person above you → 2 yrs ago Forum: Spam Forum
Banned because I don't want to agree with you but I do anyway