4 yrs ago
I am back. Home sweet home.

In The World of Aerion → 4 yrs ago Forum: Casual Roleplay
@TheLazarus
At work, but interested- it appears my other go to is slowly grinding to a halt ;-;
In Souls of Steel: A Giant Mecha RP → 4 yrs ago Forum: Casual Roleplay
Krieg
Dietrich 'Deiter' Wagner
"Roger that Cyclops, ready fire support- I don't know about this one. Thirty seconds to engage."
"Dedicated fire support on standby for two minutes. Just give the word."
Deitrich took a deep breath, it was always nerve wracking engaging new opponents without data. This one they couldn't even get eyes on, it was hiding in a crater. Across their assigned combat zone, the rest of his squad was working on other various objectives assigned by their squad leader. He sighed, letting out the little tension he did feel before moving- Krieg mirroring him to the point that he sometimes forgot which one of them was really in control. Stepping out of cover he took two steps and jumped, assisting it with the standard boosters- necessary due to the increased gravity- and launched into the crater, sword drawn.

In that moment, his mind sped up, jaw clenched, and a smile spread across his normally calm face. He was already preparing to strike... until he witnessed what was in the crater. A behomoth of a cruxi, which was already swinging a massive limb to meet him- a limb as big as his entire mech.
"FIRE!" His shout was met with a report that he could hear and feel even through the mecha, the shockwave of the following blast completely reversing his trajectory and launching him across the battlezone, and then completely out of it. The mecha was wheeling uncontrollably in the air, trying without success to overcome the mixture of inertia and gravity. As Krieg and Dieter spun in air they regained only a modicum of control and attempted to brace themselves with their left arm to protect their main armament with success.

The impact knocked the wind out of Deiter, disorienting him even as his HUD repopulated rapidly based on the limited information his Mecha currently had based on its localized systems. Data rolled across it, registering massed enemies to the south, southeast, and east. He had landed behind enemy lines. His head turned, noting a massive cruxi artillery unit preparing to unload a rain of death on them- but before he could even think to act a wave of overwhelming confidence, no. A wave of pride- the pride of a warrior- flowed through him as Krieg rolled out of the way of the barrage and smoothly righted itself, jumping to a new sector.
"Come in, Framewerk!" A small girls voice broke through his communications system, along with a video feed that he didn't even glance at. He had bigger problems. "I don't know who your commanding officer is, but right now I'm taking over! Take defensive measures, and try to reach those two units over there!" On his HUD two Framewerks appeared, clearly allies from a different squad. He scanned the enemies currently visible on his HUD and was already in motion as he spoke.
"Roger that squad leader. This is Krieg requesting an import of battlefield data. EF2 has guns trained on me, as well as three combatants in H3. I7 and J8 also have their focus on me." His breath was starting to speed up, and Deiter piloted Krieg around to the east of the closing turtle in I3, taking cover behind it- though it wouldn't last long. He was now in the sights of the enemies to the south. He stared at his HUD, watching the enemies in H3 as they closed in on the turtle. His armor could take some shots, but it wasn't heavy. He was trapped in a way. Even those units would be backed by the turtle in EF2 and likely the squad in G5. His position was nightmarish tactically- even his limited skills in that area made that obvious. He would have to improvise. "Krieg reporting. I am engaging the localized CMW squad in H3. Requesting fire support on EF2. I plan to cover in I6 immediately following the engagement."

Krieg hid behind the turtle, Deitrich taking deep breaths as he watched his GUI, waiting for them to get even closer. Now. He wasn't sure if it was him or the werk that had that thought, but it felt in unison as he let out a breath and jumped, vaulting over the turtle and aiming to come down directly within the squad, already swinging a broad downward strike that could be bounced back to loop over his targets head to strike the other side as he landed- or if completed reversed to strike the other way. He was hoping the proximity to the turtle would forebear any heavy fire being sent his direction, as it seemed that the Cruxi were bent on protecting it.

Deiter possesses a very mellow personality- laid back and unstressed. For the most part, he is a very content person. There is little that could bother him in terms of comforts- because they don't matter to him all that much. Deiter enjoys games and simulations, though since his military career he has had little time to waste on it. The reason he loves it though, is for the energy. Deiter becomes very rigid and focused when faced with a challenge or obstacle, which is why he excels at quick choices and hand-to-hand engagements. Adrenalin doesn't make him irratic like most- it increases his ability to calculate.

Background:
He grew up a fairly normal child, excelling primarily physically rather than mentally in his schooling. He excelled specifically in acrobatics, and starfist. Otherwise, his grades were fairly average through his early years. On entering highschool, Deiter enrolled with the military academy. After an evaluation of his skill and mental, it was determined to send him on to a specialized program for further training and testing; his mind had an unusual aptitude for quick decision making. As a result, his long term planning skills aren't the best, but he has learned (the hard way) to listen to his allies for strategic guidance. In a bind however, his true ability shows.

Notable Deaths: His family was in Joppa during the invasion and with one exception perished when MIST was activated. (Both he and his sister had moved out years prior to the battle.)
Other things: If there is anything else you believe needs sharing, do so here. 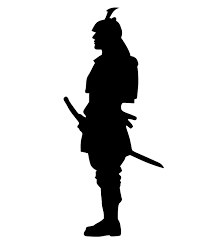 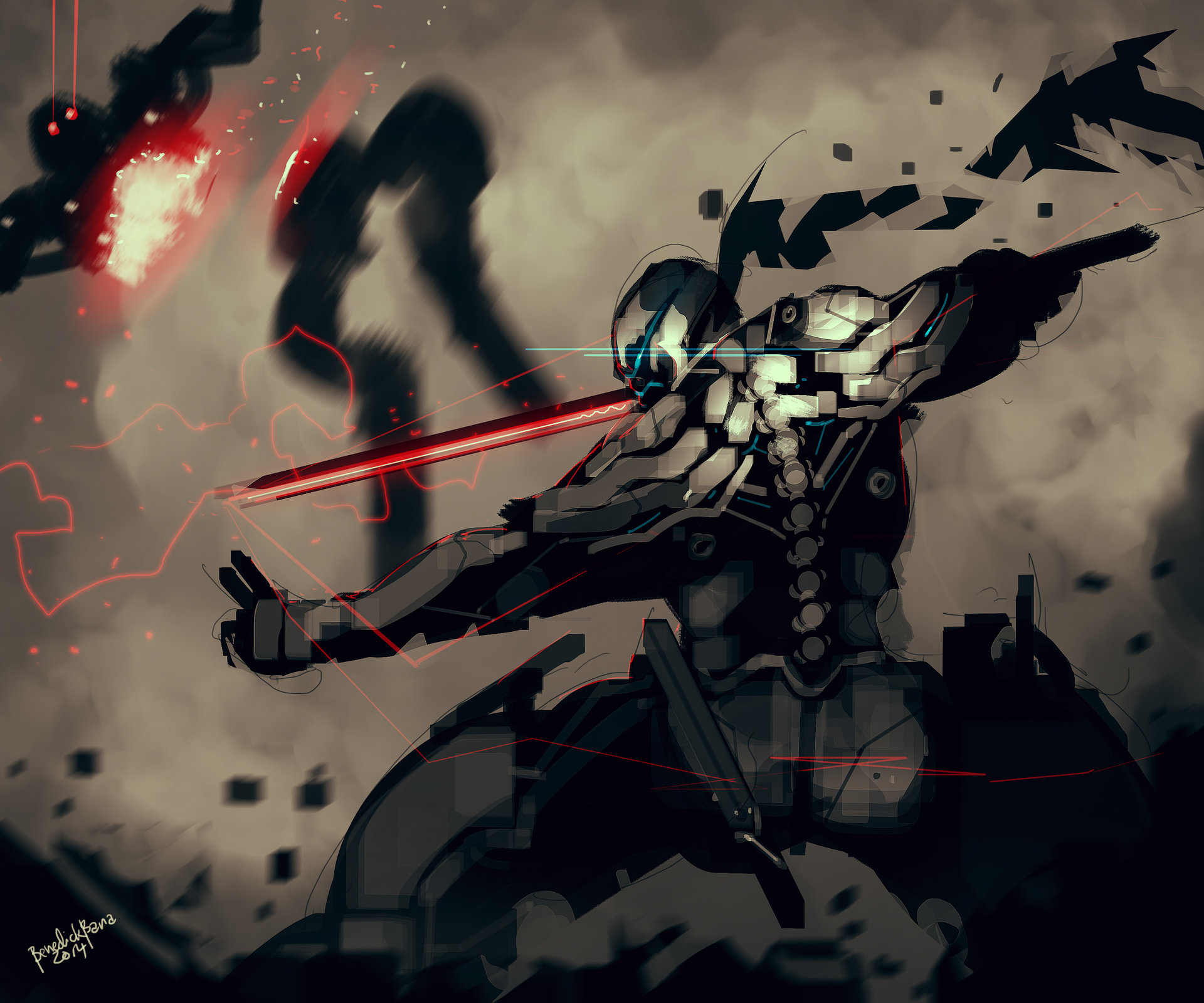 The blade creates a plasma field around itself for the purpose of quickly cutting through lighter material like butter. It's design is not meant for cutting through dense armor, and so possesses a magnetic recoil that 'bounces' the blade out once it has reached a certain level of resistance to avoid getting stuck or damaged. (Highly Effective vs Light Armored Targets. Moderately Effective vs Medium Armored Targets. Low Effectiveness vs Heavy Armored Targets.)
Muscle Memory Operations Recall Precision Generator
Krieg is equipped with an onboard computer than saves and stores data on manuvers, and calculates variatons on manuvers as well. These are triggered when a pilot begins a manuver, removing latency and allowing the mecha to move far faster than should be feasable. Observers might mistakenly think that the mecha itself possesses reflexes. Because of the importance of reading the pilots intentions, there is a complex control system within Krieg that gives the pilot 'free' movement (Still restrained by a harness system). The actions of the pilot internally are replicated by Krieg, with internal shock sensors that prevent the pilot being thrown around during manuvers/combat. The best way to train the computer in manuvers is via simulation and repetition, which allows it to gather more data on the same movement pattern ahead of time to the point of master-like precision. The reason he only possesses a complete mastery in Kendo has to do with the Mecha's intended fighting style; quick strikes and large wounds.
Current List of Manuvers: 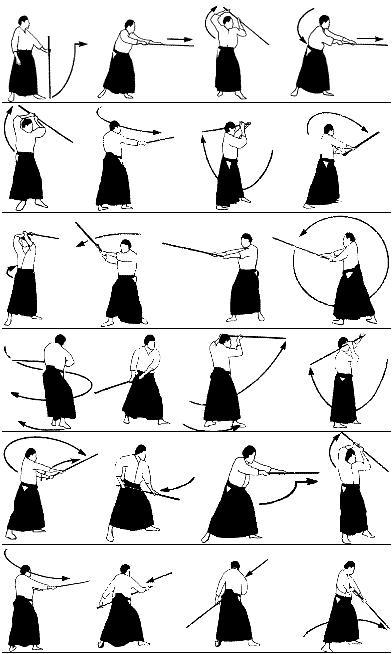 Weight Class: Light/Medium (Built for close distance speed.)
Special Ability: Classified
*GM Note: Secondary System allows Krieg to "move and dash two additional squares".
**Framewerks can both move two squares in both axis and attack in the same post, with diagonal movement limited to one square while attacking. Framewerks can fully dash 4 squares without attacking, and diagonally can move two without attacking.
In Unto the Abyss: Fantasy with a touch of Eldritch → 4 yrs ago Forum: Casual Interest Checks
Looks good to me
In Avatar: Out of the Ashes → 4 yrs ago Forum: Casual Interest Checks
Interested
In Souls of Steel: A Giant Mecha RP → 4 yrs ago Forum: Casual Roleplay

the man, the myth, the legend

We have a discord btw

Where do I find that?
In Souls of Steel: A Giant Mecha RP → 4 yrs ago Forum: Casual Roleplay
I have returned. <3