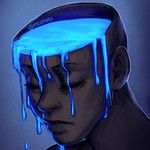 Just as humans grow and change with time, interests change as well. I wish I had the urge to roleplay like I used to...

@Obscene Symphony Just the same. It tends to kill OOC thread activity, makes discussions more difficult to read after they've taken place, is more difficult to search through, and would require me to monitor and moderate an entirely separate platform. No thank you. 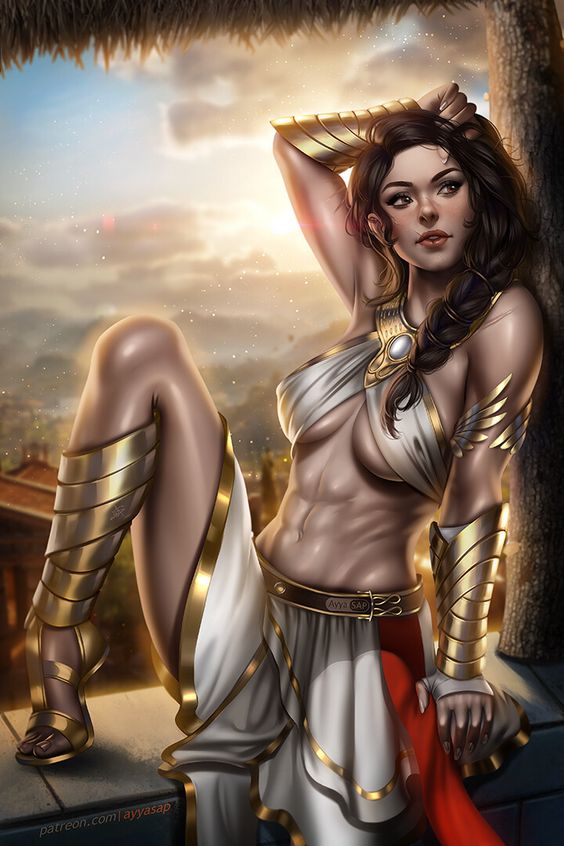 ＢＡＣＫＧＲＯＵＮＤ
Berenice had the fortune - or misfortune, depending on who you ask - to be born as the only child of the well reputed, militaristic Eldri clan. Her grandfather, Olmek, rose from peasantry at a time when abled men were needed in order to fight deadly invaders. Through his blood, sweat and sheer force of will, the clan gained a spot amidst the Lions. After his death, his son and Berenice’s father, Anak, did not rest on his laurels. Instead, he built upon his father’s success by following on his footsteps as a military man. He joined the Order Sekhmet and became a decorated fighter and strategist, taking part in many battles defending the walls and ideals of Photep. Outside the battlefield, Anak is also known as a prominent philanthropist that has sponsored many projects, mostly aimed at providing a better quality of life to the people of poorer Photep neighborhoods.

All in all, one would not be at fault thinking that Berenice was literally born into wealth and, presumably, happiness. That could not be further from the truth, however. You see, what is projected outside for others to see does not necessarily mirror what goes on within the confines of a house. Her father’s so called “perfect” image is nothing but a farce in her eyes, for Berenice has seen – and felt – his true nature. Cold, calculative and resolute, Anak is a man of utmost efficiency. If someone is not up to par with his standards, he will gladly cast them aside without a second thought. The birth of Berenice was a test of his convictions and ideals, one that he never thought he’d have to face.

Berenice’s birth was not an easy affair. Her mother had multiple complications during labor, and although she had fortunately been able to safely give birth to Berenice, she was left unable to conceive ever again. The prospect of being stuck with a daughter as his only legitimate child and heir did not sit well with Anak – and that’s putting it lightly. For the first few years of her life, Berenice essentially had no father figure, as Anak refused to even lay his eyes upon her, refusing to acknowledge her as his child. She was denied exit from the family grounds and had limited contact with the outside world. After some time, however, he came to terms with his predicament, and even devised a plan in order to get as much use out of her as he could.

At age 5, Berenice was suddenly introduced to a strange man who proclaimed himself her father. Anak removed her from the main family house and brought her over to live with his “little brother’s” family. In actuality, the people she was put in care of were servants of Anak that had one simple goal, raise her to be a soldier first and foremost, then a tactician, and lastly a shrewd politician. The years that followed under her “family’s” tutelage would be nothing sort of grueling for Berenice, as she was essentially Anak’s pet project to see if he could place a woman in the upper echelons of the Order Sekhmet.

And he would have succeeded if it weren’t for Berenice developing a rebellious personality. It started around age 11, with her finding increasingly more and more ways to run away from her foster home and wander around the neighborhoods of Photep, learning more about the city and its residents. Eventually, during one of her little trips, she came across an old man who tested her aptitude in magic, a then relatively unknown concept to her. The man must’ve seen something in her as 2 days later, her father visited the foster home, and he was furious…

With magic having entered the equation, Anak's plans were foiled once more. Unfortunately for him, however, the old man that had tested Berenice's aptitude was a well known Sorcerer responsible for recruiting potential talents for the Pesedjet, and thus had marked Berenice's aptitude as very good, making her recruitment almost guaranteed - should she be able to pass the tests that is. Thus, from the age of 12 and after, on top of her regular routine, Berenice had to also learn magic theory and other relative magic subjects, all in order to prepare her for the Pesedjet.

A few years later, she officially joined the prestigious Heka, and what she encountered there was nothing short of a whole new world, one of magic and wonder such as she had never experienced before.

ＰＥＲＳＯＮＡＬＩＴＹ
Berenice’s growing years were filled with mostly three things, military tactics, martial arts and Photepi history. Thus, it is inevitable that sense of discipline and focus would be the first two things drilled into her from an early age, since those two were deemed essential in Anak’s eyes if she were to succeed him as the head of the Eldri family. There was no playing, only play-fighting. There were no friends, only sparring partners. There were no classmates, only supervisors. Anything that girls would do at her age, Berenice was forced to do the opposite.

Hence, it’s not without reason that she developed the rebellious nature she came to have. Although she can follow commands, she will always be the first to question authority, whichever political spectrum it may come from. This can bring her at odds with people at times, and due to her stubbornness, she can be very difficult to deal with. Nevertheless, she is also very eager to learn about new things – especially magic – as her confinement during her early years has created a thirst for knowledge in her that’s seemingly unquenchable.

ＡＰＴＩＴＵＤＥ
Berenice’s aptitude can be summed up in one word: Biomancy. Despite her attempts at learning and casting spells of other disciplines, Biomancy is the only one that she has no problems with, consistently scoring high grades in most subjects that have to do with it. It was hard for her at first to come to terms with this fact, but as she learned more about the practice, the more she came to like it. She also generally finds it really funny that her magic aptitude is yet another jab at her father since she’s more likely to be approached by the Order Khenetai for her magic than the Order Sekhmet.

ＴＵＴＥＬＡＲＹ
Berenice’s tutelary took the form of a yellowish-brown cobra with emerald green, glowing eyes and mouth as black as the night sky. It’s medium sized and generally always stays on Berenice’s person, curled around her arm or torso, even when sleeping. A generally lazy but curious tutelary, it first her perfectly and since the moment she summoned it, they became inseparable. Berenice named her tutelary Atum.

edit: read the op, def interested.
In The Missing Goddess - A Hero's Journey → 2 mos ago Forum: Casual Interest Checks
This coming week I'll be very busy so I'll prolly not be able to post a CS or even log in. If the spots are filled up before I come back I'll lurk around

In Call of the Hunt [EliteCommander and Muttonhawk] → 2 mos ago Forum: 1x1 Roleplay
@Muttonhawk I've been good, all thing considered (covid, uni etc.) What about you?

@EliteCommander I've commented a couple of times and read this on and off, but don't expect me to remember much