Are you asking for death from Hatsune Miku?

STATUS: Am I hurting, am I sad? Should I stay or should I go? I've forgotten how to tell, did I ever even know? 3 days ago 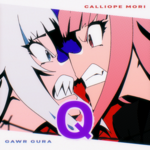 3 days ago
Current Am I hurting, am I sad? Should I stay or should I go? I've forgotten how to tell, did I ever even know?
3 days ago
The lizard people running the world are winning
4 days ago
Change of plans. Tired and in need of some recuperation.
5 days ago
Replies coming either later tonight or tomorrow.
6 days ago
If you PM yourself too much, do you go blind?
3 likes 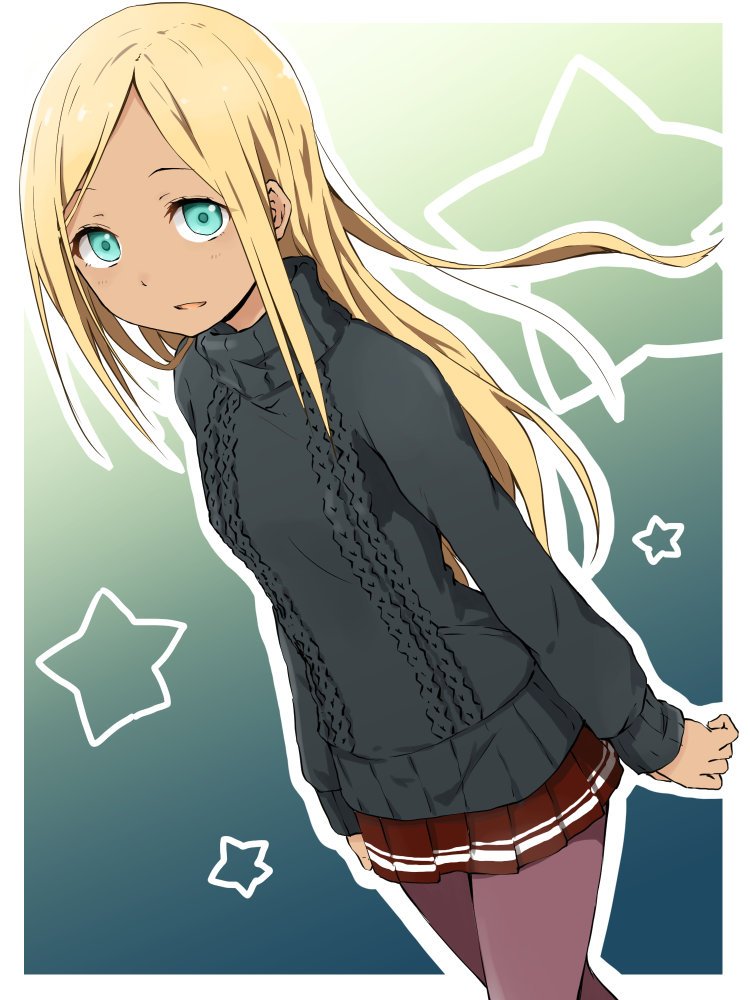 Name: Tyra (pronounced "Tier-ah") Ares
Age: 16
Title: The Dragoon
Appearance: Tyra stands at 4'11" (149.86cm) and is of average build for her age, if more petite than most of her female peers. She has multiple scars across her body from her life before she became a Mage in the form of claw and bite marks. She wears a standard-issue uniform.
Magic Devices: Leviathan; standard issue mana revolver (fires mana from cartridges; the power of shots can be changed with the weapon's safety, though all shots are incredibly dangerous towards the silicon-based biology of Bydo)
Familiar: Raijin (a Fulgurjaw Drake from her homeworld, Raijin's true form is large enough for Tyra to ride; however, a limiter implant in his body his power and reduces his body and strength to a juvenile form the size of a small dog; upon the limiter's release--triggered by a key phrase from Tyra--he can resume his true form)
Spells: Cannon of Job (fires a large beam from Leviathan; ultimate attack); Scale Barrier (creates a barrier to block attacks); Ironhide (uses mana to create an energy shield to boost defensive power; requires more mana than Scale Barrier, and can be cast to boost allies' defensive power)
Fighting Style: Tyra's fighting style relies heavily on mounted combat, as well as defensive buffs for her and her allies.
About: Born and raised on a desert planet known as Austar, Tyra was raised by her grandparents, and never knew her parents. She grew up working on their drake ranch. For some reason, the beasts were always drawn to her, and many were actually quite protective of her. Tyra was always curious about who her parents were, but her grandparents' answer was always the same: her mother had disappeared shortly after Tyra had been born, and her father was an off-worlder who had visited Austar for the planet's drake fighting pits. As she grew older, it became apparent that Tyra had an affinity for magic--a rarity on Austar--and after her grandparents passed away and she sold their ranch, she joined the UGN, with the one stipulation that she be allowed to bring her beloved Fulgurjaw Raijin.
In Advent of the Dawn —A Mecha Musume/Tokusatsu-Inspired RP → 10 days ago Forum: Casual Roleplay

"Stuff's too old and faded to read," Norika said. "Something about supply shipments and research and development. Can't make anything else out. Wonder what they were doing here?" A corpse. Unsurprising, to say the least. It would be more surprising not to find any bodies somewhere likely to have Warped. "I'm moving towards your location." She could track him down with Titania's heads-up display without much problem.

When she found Xuan-Yu he had his blade drawn. Her eyes were drawn to the body. The bones were bleached white, and the skull was punctured. The state of the ribcage wasn't much better. Norika hoped that, whoever this was, their death had been as quick and painless as possible. "Find anything else? Or just our unfortunate friend here?"
In Advent of the Dawn —A Mecha Musume/Tokusatsu-Inspired RP → 22 days ago Forum: Casual Roleplay

Norika didn't bat an eye, and caught the card between her fingers. She decided to go through the desk more thoroughly. Maybe there was something useful here. She heard Xuan-Yu's voice over the comm. "Copy that," she replied. "Just make sure nothing bites you in the ass or turns you into a sandwich." She opened up more drawers. The papers and books had been eaten away by natural world reclaiming the building. She couldn't make out much. R&D, supply shipments...

She walked around the desk, following after her partner's footsteps. Norika moved slowly, checking corners and rooms for any signs of Warped. "Deathstalker, this is Titania. Find anything useful yet? Herbs, maybe a secret passage or something?"

@ERode@VitaVitaAR
In Advent of the Dawn —A Mecha Musume/Tokusatsu-Inspired RP → 29 days ago Forum: Casual Roleplay

Norika had to bite her lip, otherwise she'd call the man's mother something... unflattering, to say the least. She drew her revolver and moved towards the door. There were signs of Warped around, but nothing indicating a major outbreak or something she couldn't handle solo. Still, it was always good to have an extra pair of eyes watching your back. She just wished it was literally anyone other than Xuan-Yu Lang. She moved inside the building, taking in her surroundings.

The place was being reclaimed by nature. Grass, bushes, saplings. But no sign of animal life, other than a rat sitting on the front desk grooming itself without a care in the world. Had the local rodents forgotten their fear of Man this quickly? It wouldn't surprise her. Norika lowered her weapon slightly. "No visual contacts."

@VitaVitaAR@ERode
In Advent of the Dawn —A Mecha Musume/Tokusatsu-Inspired RP → 1 mo ago Forum: Casual Roleplay

She'd missed her opportunity. Norika had beat around the bush and failed to interact in any meaningful way with her fellow pilots. She'd tried, but each attempt had ended in some awkward conversation. "Nice weather we're having." "Been a long day." "Hey, you gonna finish that?" That last one had been spectacularly embarrassing. Asking Fukada if she was going to finish a snack was like asking if the sun was going to set in the west.

But life went on. Birds flew and fish swam. The Horizon left Japanese airspace and headed for a new location.

And now, here she was in the middle of Australia with Xuan-Yu Lang. Definitely not how she wanted to spend her day, but orders were orders. She'd remained silent when the orders were handed down, but once in the privacy of her quarters Norika had let loose a string of curses that would have made a sailor take notice. To say she wasn't very keen on this whole mission was an understatement. Once suited up and armed, Norika did her best to maintain a cold exterior.

Now, standing in front of some kind of abandoned facility, she was in a slightly better mood. The dry heat sucked, but the mission ahead seemed promising. Norika flipped her revolver open and began inserting rounds wider than her thumb into the cylinder. "Can I trust you to watch my back without tripping me?" asked Norika. Her tone had an icy edge to it. She still hadn't let their little interaction a few days ago go.

@ERode
In Advent of the Dawn —A Mecha Musume/Tokusatsu-Inspired RP → 2 mos ago Forum: Casual Roleplay

Norika watched the others. It was good to see that they were in high spirits. Despite their differences, they seemed to gel well. However she still had her doubts about that pretty-boy Xuan-Yu. While Fukada was someone Norika might lose her temper with, she seemed kind enough. Maybe a little stupid, but kind. Xuan-Yu was definitely the type she'd "accidentally" shoot out in the field if he pushed her buttons enough. The others, though, seemed to be good eggs. Kim, Faye, and Constantina were solid and dependable; she hadn't worked with Drakos enough to form an opinion; and though Constanza rubbed Norika the wrong way, she could tolerate her antics.

She ate slowly, wondering if she could get access to any of her teammates' files. It would be a concise way of getting to know about them more, and she wouldn't have to paste a fake smile on her face to talk with them. Definitely sounded like a win-win to Norika.