STATUS: hey!! apologies!! i got hit with the flu pretty bad, replies will be super slow 4 mos ago 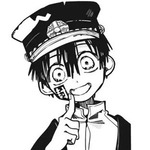 4 mos ago
Current hey!! apologies!! i got hit with the flu pretty bad, replies will be super slow
1 like
5 mos ago
mmh. out of v8
5 mos ago
WOOAAH big apologies to my former partners! holidays kicked my ass, but i'm back :)
5 mos ago
Y o the new MHA episode?? deadass made me cry
6 mos ago
i complain about having no money like 24/7 but here i am buying tanjiro earrings
4 likes

i got slammed with the flu pretty hard and i can barely even form a cohesive thought lmao. i'll try to get my replies in once im feeling better! i'm sorry!
In The Crossroads (Multiverse-Style Battle Royale Crossover RP) (Unlimited Slots, Always Accepting!) → 4 mos ago Forum: Casual Roleplay
Tsukasa
Location: Futuristic City
@ZAVAZggg

Tsukasa simply hummed and nodded as the other spoke, gaze following where Lucifer's finger pointed over his shoulder, blinking owlishly at the battered apartment building. Turning back his attention on the man, one of the ghoulish black orbs drifted away from his side, nosing through the rubble, before it vanished into the building.

The supernatural lowered his arms back to his side, drawing his shoulders up in a languid shrug.

"I'm just curious, I suppose. Amane always did call me nosy. Furthering that thought-- You aren't human, are you? There's no way a normal mortal would have survived, well, falling through an apartment building. What are you?"

Inosuke grinned at the growing promise of a fight,-- he'd finally goaded someone into one! It's been so long! --dropping into his typical low to the ground attack crouch, flipping his blades to face the two.

The two conversed for a second, frustrating Inosuke, before the girl finally shot a blast of lighting at him. What the hell? Was she a demon or something? Taken off guard, the masked man barely managed to dodge the attack, sandals slipping on the snow as he darted out of the way.

"The hell was that?" Dropping himself low again, Inosuke propelled himself in their direction, tipping the back of his blade in the girl's direction and making a swipe for her ankles in an attempt to put her off balance, wary of the man and his gun. Maybe if he could unbalance her, he could use that to shove her in the skull faced man's direction, and stagger him too! He's a genius!

"I like you two! You both make me have to think!" He cackled.
In The Crossroads (Multiverse-Style Battle Royale Crossover RP) (Unlimited Slots, Always Accepting!) → 4 mos ago Forum: Casual Roleplay
Tsukasa
Location: Futuristic City
@ZAVAZggg

The boy's expression dropped into something unreadable; mouth a flat line, and eyes nothing more than wide, yellow disks.

"Lucifer, mm?" He recited, exaggerating his pronunciation of the 'fer' at the end. After a moment of thought, tapping his chin, Tsukasa's expression finally melded into a wild, almost comic smile. "Sounds exciting. You say you have others, though? What other names do you go by?" He lilted, tipping his head to the side, his hat near to falling off his head.

His name-- Did he not hear him?

Tsukasa grew as concerned for the man's health as a sociopath possibly could.

"Did you hit your head or something--? I'll repeat it, then. I'm Yugi Tsukasa, but everyone calls me Tsukasa. There--! You can't call me a stranger anymore, Lucifer!" He beamed, sitting back up straight and crossing his arms behind his head.
In The Crossroads (Multiverse-Style Battle Royale Crossover RP) (Unlimited Slots, Always Accepting!) → 4 mos ago Forum: Casual Roleplay
Tsukasa
Location: Futuristic City
@ZAVAZggg

Pupils constricting to excited pinpoints, the spirit giggled when Lucifer batted his hand away, clicking the pen closed and slipping it back into his pocket. Tsukasa shimmied back away from him a pace, smiling to himself as he rested his cheek in one of his palms, getting a closer look at the man in front of him. He had a weird energy about him, something the noirette couldn't exactly put a name to. He seemed fun to annoy, though.

Whoever it was, they spoke in a weird dialect, and Tsukasa simply stared at him with an open mouthed smile, inhumanly sharp canines glistening in the dark as he tried to process what he just said.

"...Oh!" He chirped. Bringing both index fingers up to press into the dimples below his cheekbones, Tsukasa continued. "I'm Yugi Tsukasa! I saw you just laying here, and I thought you were dead or something! I wanted to double check, though. Guess you're not! This doesn't seem like a great place to sleep, though. Anyway, who exactly are you?" The boy tilted his head, a thin smile on his face as he dropped his hands to rest in his lap again.

What the hell just happened?

Inosuke barely stopped himself from faceplanting in the snow, managing to right himself at the last second, still landing a little clumsily, however.

Turning a solid 180, Inosuke's gaze dropped to the gun, towards the girl, and back to the gun again before finally raising his eyes to meet Skulduggery's behind the blank stare of his mask.

Dropping his swords, Inosuke brought both his arms up, crossing one over the other, with both thumbs pointed toward himself.

Inosuke Hashibira woke to a day just like every other-- Or so he thought.

The grass was lush, thick and emerald under him, almost pillowy under his bare skin, weak sunlight dappled through the trees' breeze stirred canopy, washing little sections of his body in light warmth. He'd slept as he always did-- sprawled out in almost inhumane angles, with his mask on his head and swords at his side.

Inosuke was content to simply roll over and go back to sleep, but that train of thought was quickly aborted.

A familiar harsh, shrill voice cut through his daze, and Inosuke's eyes snapped open to the crow standing on his chest, one beady eye locked on him. Inosuke's expression shifted into a dark glare under his mask as the crow begun to speak, fully awake by then.

The crowlifted into flight, flapping nervously just above his reach as the fur clad boy sat up, bringing his legs together in a criss-cross fashion. The messager crow launched into an explanation about tokens-- some kind of currency? -- and Inosuke found himself being immensely interested yet bored throughout the entire interaction. The crow finished it's tangent, and finally regurgitated five of the aforementioned tokens into his lap.

Inosuke picked one up to inspect it, curious. Scrubbing the stomach acid with the deer fur around his waist, he tilted it at all angles. It had a deep navy blue edging, the same color as the ombre tips of his hair, and had his face inscribed in the middle. After testing it's durability-- and edibility, admittedly-- with one of his canines, Inosuke pulled his mask off, dropping the tokens in and shoving it back on his head. Maybe they'd stay in there.

Getting to his feet, A sharp grin spread across Inosuke's face.

"I'll get all the tokens! I'll beat anyone who stands in my way, and take theirs! Gwahahaha!" He cackled, grabbing his cloth wrapped swords and shoving them through the waistband of his furry belt. He turned towards the crow, ready to snatch it out of the sky for breakfast, before blinking when he'd realized it was gone. Whatever.

He was standing in a sunny little patch of forest, ringed by a seemingly never-ending tundra of snowy undergrowth. Strange, but he wanted to see what lay beyond. He was king of the mountains, after all!

Forcing through the foliage, Inosuke trekked through the woods quite a ways, before detecting air disturbance-- two creatures nearby. Already! He'd hit the jackpot!

Grinning beneath his mask, Inosuke grabbed his swords, unwrapping them and holding them at ready as he began to stalk in the direction of the two, footsteps steadily picking up speed, until he was at a full pelt.

Catching sight of them, Inosuke shouldered through a thistle bush, ignoring the thorns snagging his skin as he launched himself at the newcomers, swords held straight infront of him.

Tsukasa regained consciousness with a small trill, and a raise of his head.

Was he... asleep? He hadn't slept in over 58 years! It wasn't like he needed sleep-- he was a ghost! why was he unconscious?

Blinking around the room, he discovered he was sitting on a desk in the Broadcasting Club room, his blood spattered whiteboard at the front of the room, and his cathedral style vintage radio supporting him from the side. Beside it, five casino style chips were laid out.

Curious, Tsukasa reached over to take one, before freezing when the radio crackled, a voice fading in. It wasn't Sakura's, that was for sure, but he was still interested, a smile spreading ear to ear on his face as they droned on about the 'tokens', as they were called.

Eventually, the transmission faded out, and he grabbed the chips, taking a closer look. The edges were a deep russet red, with his smiling face carved in the middle. Very seemly! Tsukasa tucked them away in his hakama pants' pocket.

Obviously-- something was wrong here. The blinds of the room were opened for once, and he could see outside into his dystopian esque surroundings. The streets were relatively deserted, but everything seemed intact, like it wasn't abandoned. Strange. Looking around the room again, Tsukasa hopped down from the desk, his sandals clacking on the floor as he tottered over to a little cup, pulling out a small pen, stained with old, tacky blood. He tucked it in his pocket, before allowing his legs to lift off the ground, floating over to one of the windows.

Tsukasa pried it open, nearly tumbling out when it flew open with a whine, clambering out through the window and into the sidewalk before him, amber eyes blinking at his new surroundings, a devilish grin slicing across his face. So much to explore!

Tsukasa had been drifting around the city streets, getting aquainted with his new world, before a still shape caught his eye, sprawled out in the middle of the street. Eyebrows raised, the ghost boy floated over to him.

There appeared to be some rubble around him, he noticed, blinking at an apartment building behind him, which seemed to be considerably worse for wear-- there was a pretty big hole in it.

Tsukasa bent down, examining the strangers face. He didn't seem to be dead, just unconscious, but you could never be too sure!

The ghost plopped onto the street next to him, taking the blood stained pen out of his pocket and clicking it, poking the unconscious man in the middle of the forehead, the poking getting more and more insistent as time passed.

ack-- missed that part, my bad.

I'd like Tsukasa to meet up with Lucifer, honestly, if thats okay! there's an explanation as to why he'd either be in city ruins or the futuristic city, honestly as long as its a city itd work. ^^
In The Crossroads (Multiverse-Style Battle Royale Crossover RP) (Unlimited Slots, Always Accepting!) → 4 mos ago Forum: Casual Roleplay
@Majoras End@ZAVAZggg

Tsukasa and Lucifer are kind of birds of a feather in a way, haha! Itd be fun to see their interactions, so i wouldn't mind meeting up with all three!
In The Crossroads (Multiverse-Style Battle Royale Crossover RP) (Unlimited Slots, Always Accepting!) → 4 mos ago Forum: Casual Roleplay
@Majoras End

City ruins might be a good place for Tsukasa, if you're okay with them meeting!