I am a hedgehog!

STATUS: considering I'm already being called out: if you're feeling so arrogant you're calling the story you're making a character for shallow, do everyone a favour and get out of that RP. it's not for you. 1 yr ago 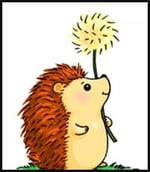 1 yr ago
Current considering I'm already being called out: if you're feeling so arrogant you're calling the story you're making a character for shallow, do everyone a favour and get out of that RP. it's not for you.
2 likes
1 yr ago
I'd think a professional would be a better place to voice your problems and vent for positive reactions, rather than the status bar of an RP forum. But that's just me.
3 likes
1 yr ago
Respect isn't given, it is earned.
7 likes
3 yrs ago
Case closed (3)
5 likes
3 yrs ago
I hear french and all I can think about is "Omelette du fromage"
9 likes

Something something... will write something here later.

Fun fact: I never did

In Love Ahoy! → 8 hrs ago Forum: Casual Roleplay
@Flower We're just starting up, so don't feel too rushed to get your sheet out. :)

We are tight on female places (6/8 filled, with 2 sheets pending), but we still have 2 male spots open!
In Love Ahoy! → 8 days ago Forum: Casual Roleplay

What are your ratios at, @Aewin? I may be able to join, but I don't want to throw things off too much.

The current prospected ratio, going by what people are interested in, is as follows: 6 males to 8 females

yes, the RP is still open.
As you can see, we have a thread for the RP now. You can find further information there.
There is also a discord to join if you have any further questions :)
In Love Ahoy! → 13 days ago Forum: Casual Roleplay 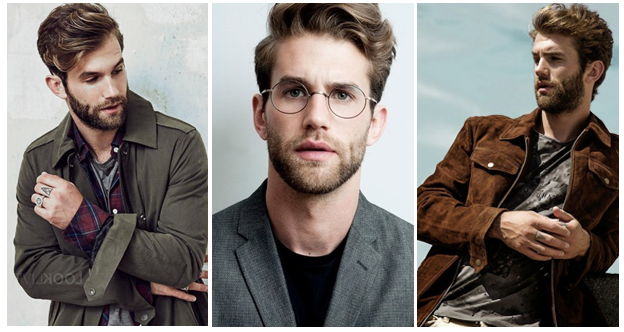 𝐖 𝐇 𝐀 𝐓 𝐘 𝐎 𝐔 𝐒 𝐄 𝐄
Appearance
Alexander’s striking dark eyes, well-groomed blonde hair and short, ragged beard aid into forming a memorable picture of his visage, and is often accompanied by spectacles. This is then further accentuated by a very reasonable 1.84m (~6ft) in height. He bears no tattoos or piercings to speak of. He prefers the cosy fashion sense of a good sweater and jeans. Though in the exotic Caribbean a simple shirt might be what you’ll see him in most.

Personality
Even in his youth, Alexander was a bright and creative spirit. Someone who could let his imagination run wild and produce the wildest tales that invoked a sense of wonder in all those who listened, drawn in by his passion and charm. He radiates a kind of warmth and empathy that makes you feel right at home around him.

He is curious and always interested in hearing about whoever he meets. And as a great listener, he empathizes with you and is always willing to help if it is wanted. As a result, he has always easily made friends. He’s always up for some fun.

Alexander prefers freedom over rigid structures, although his current life definitely throws a wrench into that. Indeed, having a child is quite an attack on one’s time. He is a terrible long term planner, and tries to avoid it as much as possible. His unstructured and spontaneous lifestyle often leaves him short on time and high on stress. Regardless, he just doesn’t do well with schedules and targets.

As much care and empathy as he shows others, he has a tendency to bottle up his own feelings a lot. He carries an unspoken weight on his shoulders; a lot of “what ifs”, so to speak. “Why didn’t I notice?” and “Why didn’t I help?”. It eats at him, and expunges all vivacity when he lets his mind wander on it too much. And with it goes his creative spirit then, and leaves him in the darkest confines of his psyches as long as he dwells on it. In those moments, all what drives him is that he must be driven; because who else will take care of his daughter?

So Alexander Vandenberg dedicated his first best-seller, Frontier 31. A book that made him a household name to many science fiction fans around the globe. Oh what a happy day it was when all the reviews praised his work to high heaven. He saw a dream come true that he had since he was a child. Finally he would be able to live from the work he loved doing.

Ever since Alexander was young, he had always loved stories, both telling and hearing them. His imagination never ceased to run wild with ideas of that which lied beyond the stars, in worlds far beyond this one. Outer space like star wars or fantastical like middle-earth. It was a passion for him. But to one day add to that legacy, to put his own worlds to page and be read by many, was a dream he had thought unimaginable. Even when he held his degree in his hands, he had known his chances to be slim. So many authors tried and failed and the competition was fierce.

But he had made it, and it was all because of her. His Camila, who had supported him always. She never failed to make him laugh, and he loved her so dearly. Joyous Camila, who brought him back to the stars from inspirationless black holes. She loved telling stories as well. She and him would often work up several short stories, which she would tell tell to the children of the primary school she worked at.

Success sweltered ever more when the second part of his trilogy came about, labelled Tyrantsbane. But it was not just success for which Alexander’s sun rose. His life revolved around his wife and new-born daughter even more. All seemed amazing, but not everywhere where the sun shone it was truly bright. After the birth of their daughter, Camila darkened. It was simple at first. A lack of energy, a lack of inspiration and the like. And soon mood swings started to develop. Alas, such things happened. She would be over it soon enough.

So he dedicated The return of the sun, the final part of the trilogy, which was released when Rosie was just three years old. Later than expected, to be sure. However, it was rather well understood when you had to undo the noose from which your wife’s body hung lifelessly only two years earlier. Regardless of the wealth and fame his success wrought, everything felt meaningless then. It was so incomprehensible at that time, and so it still feels today. What must’ve been going through his wife’s head until then? The thoughts wreaked his mind on many sleepless nights that followed for months to come. Luckily there was plenty of family, his parents and Camila’s both, and friends who helped him through these times of darkness, them and years of therapy. If only Camila could’ve been helped the same. Oh, gods why.

But even when time doesn’t truly mend all wounds, it does move on relentlessly. And nobody is left behind in its remorseless wake. Five years and four books later has made his success greater than ever. And he watched his daughter grow up into a little person he can truly be proud of, raised by him with much family help. Oh, how proud her mother must be, looking down from the heavens (or so he hoped, he wasn’t much of a believer). Alexander could also not ignore the years that passed, and the feelings that came with it. That soft longing for companionship that slowly started to creep up onto his shoulder and whispered into his ear.

And so he did slowly try to get into the search, as difficult as it was with work and child. And so perhaps a vacation was in order. All it took was a quick call to his parents and one call to United at Heart. A vacation that might allow him to move on, if he allowed himself to.