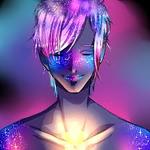 12 days ago
Current roleplaying has boosted my motivation tenfold! fuck yeah!
5 likes
4 mos ago
Happy New Year!
4 mos ago
I love this place so much!
7 likes

Hi! I'm proudwrites but you can call me Gideon (he/him)! It's lovely to meet you!

note: I will not roleplay anything involving sex... please no. (though being sexual in general isn't a problem just no non-clothed stuff...)

I am super excited to start roleplaying here I hope I can make some friends!

sorry for the late reply oof oof! But yeah, this is still open! if you both are still interested, that is.

Vequaniel wished they could be as skilled as Rohaan at quick thinking. Watching Rohaan shapeshift was fascinating. It was magical to see. Why would anyone hate shapeshifters when they are that amazing. Rohaan was right, Vokurian would be perfect. No one would know what they were saying except the two of them. “Wunderbar!” they exclaimed. “Our accent is plummy” they chuckled. It was nicer than saying posh. It was but it didn’t feel right to say posh, more regal. They were grasping at straws. Luckily the internal argument was internal, thought battling it out. It was slightly amusing. It was also a good thing that the people of Galelallan were of all species. Princess Andromeda and the royal family were human. Watching Rohaan shift made them smile. Vequaniel could admit that Rohaan had impeccable taste in form. “That is perfect Rio!” they exclaimed happily.

It was another funny thing for Vequaniel, why did humans sexualise the body and make it such a taboo of nakedness. They had a theory that because of Rohaan’s clothes being organic they would respond to his body shapeshifting. So it would explain why he had the ability to change clothes as well as body. It was a far from perfect hypothesis. “Do you think Father is proud of us?” They asked. Much like a child they seeked their father’s approval. The continued approval of their father was integral. The twenty three year old adjusted their tiara and smiled. “How do I look in my outfit?” they asked. They didn’t have the luxury of being able to change shape at will. It was not their mutation. As a child their family were prided on perfectionism. Of course Vequaniel couldn’t be perfect enough so it left them a perfectionist who seeked approval of those closest to them.
In My Chaotic Interest Check → 4 mos ago Forum: 1x1 Interest Checks
bump!
In Rags to Riches → 4 mos ago Forum: Advanced Roleplay
Needed info about cover story because forgetful:

Place:
Galelallan is near Eplax
Hasn't been involved in a war for a millenia
Acdani is native language
strive to teach many languages
wants to welcome as many people as possible
In Rags to Riches → 4 mos ago Forum: Advanced Roleplay
The younger sibling could swear that Rohaan was the only one who could look straight through them and see their soul. “Rohaan, I am fine I swear” they lied shifting uncomfortably under his gaze. Why were they so nervous? It hadn’t happened before. Usually they were cool and collected in the face of a mission. “I love your plan!” they exclaimed wanting Rohaan to stop talking and laughing. The complete juxtaposition between them was uncanny. “Do you only have the capacity to think of alcohol?” they asked, trying to not sound as unjustifiably pissed as they were. Vanquiel didn’t drink often, when they did they drank to get drunk, completely shit faced. To numb themselves. There wasn’t a way of them mediating themselves so they just decided to not drink. Their mood swings made no sense not even to them.

Practice. That would be nice. If they had the act down they may not be as nervous. They were a natural born actor but before a performance they would always doubt their abilities. “That would be splendid” they chuckled as their aristocratic accent came to the front taking center stage. They were impressed with how stealthy their brother could be, he usually was brash but when it came to this mission he had been very committed and careful. The book had been all that Vequaniel had been reading since they had started to plan this mission, this heist.