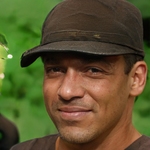 I was eating some creepy slimy pie, and Sasuke Uchiha threw up. We were in Lithuania and eating crunchy water, and the slimy pies started talking and said to me "He loved crunchy water" "Doesn't even have a wart on his nose", and "isn't a cute kitten." and Naruto was throwing up on the table... <_<

These requests are kind of sad. I will answer my own. The crunchy pie water was a hot dog vibe, but Sasuke Uchiha and Ken Jeong told me that was a failure.

The girl wanted... a baked potato? Which potato? Perfect with pepper jack cheese. Thank you! The guy wanted some mashed up veggies... Which he also got. The ghost punched Sasuke Uchiha and then Naruto's West Virginian cousin stopped pooping until he was close enough to see Naruto and Sasuke coming into view. That would explain a few things... The mountain is freaken real. Ken Jeong pulled over and took me to a cafe, which I hated because they didn't have a peppermint mocha. I had that before at a rest stop in Las Vegas. Ken Jeong also had to stop at an animal shelter to get me a puppy to play with. He told me that I was probably about to meet the cutest puppy ever and asked if I wanted a girl or boy. My hair was still up, so I said "Got enough of a boy!" He punched me in the arm because I broke the world record for most crushes in a single day. Did you know that I recently became the first girl ever to do that? I'm sort of an international phenomenon now. I guess the puppy got adopted after he put up a fight. <_< Ken Jeong called my parents and told them he had a good thing going. He then took me to this place called Rocket Fizz. There was a guy there that I liked, but I didn't know if it was reciprocated. I sort of hoped he would be gay. I am pretty sure it is because when I hugged him, he blushed, and that is a sign of being gay. Ken Jeong also beat me in corn hole, and said I was like him in every way. We took a spin in the Lithuanian canoe and started pooping quickly and didn't do a very good job.

Luckily, it was during a race and not a leisurely paddle. Ken Jeong thought I was crying over the loss of the Lithuanian canoe, but that would have been weird. He also had me watch his shopping list. He asked me for input on who to vote for in the upcoming election. He also put up a haunted house for Sasuke and he hugged my neck when he left. <_< I can't believe he hugged my neck. <_< The dog looks different from the picture, but it is the same puppy. I would still hug him. He is super cute. Ken Jeong thinks Sasuke is an asshole. <_< I met the kid and we took a picture together. He said he was just goofing off and that I was supposed to hate him. <_< I don't hate him. I sort of love him... in a way. I will definitely be writing on his behalf if I see him at the mall. I think I have had enough excitement for a day. I just wish I wasn't so tall and had smaller hands. Then I could have a smaller puppy... or at least a pet store puppy. Ken Jeong started to cry voluptuously.

Griselda awoke in a comfortable alleyway because she had her consciousness stolen whilst smoking opium. This dirty awakening set the tone for her day. She felt filthy, sexy, and was hungry to steal some interesting objects. She went to the local bazaar to acquire some fancy rugs. Griselda always had fancy tastes for everything in her life, even though she sometimes forgot to take a monthly shower.

Griselda walked into the rug section while wearing a poop-stained green-purple frilly dress that looked like it belonged in the Victorian era, which was ridiculously antiquated, since this was the early 1900s. She bumped into a wall and passed out delightfully.
In Decades of Romance → 2 mos ago Forum: Casual Roleplay

Not for me. I got enough "Space Pirate" these days...

Can you please write a 2 paragraph response explaining what this means?
In Decades of Romance → 2 mos ago Forum: Casual Roleplay
Griselda Cornelia Rasputia Adams

Aspirations: steal precious jewels, be the fanciest woman in all of Dukeshire

Secrets: Kleptomania; people don't know yet that she be stealing

Glance Lovesmith woke up in his bed at 9am Nepal time. He threw his blanket, which was smooth and itchy, to the side and walked outside, already wearing a navy-blue three-piece suit. Glance caught a horse-taxi and headed to the local fruit market, which was always filled with women. Glance carefully glanced at seven women at the same time, who all glanced back at Glance. Glance felt his pants become tighter for some reason, probably because he was quickly becoming obese. Glance ran to the local outhouse and dropped a heavy, romantic turd down the compassionate, loving wooden hole. He reached to flush his neat mess, but flushing didn't exist yet.

"Hello NPC, I'd like to buy all your organs," Exclaimed Lovesmith.

"My name is Stevia, and I am a woman," replied the NPC who is a woman.

"Stevia, remove your teeth for me, pretty please?"

Stevia Jackson obliged and removed her dentures which were made of solidified snot.

"Golly, you look so much more beautiful. I'm taking you home!" shouted Glance at 36 decibels.

Glance took Stevia Jackson back to his quarters in the Palace of Dukeshire. He resided in the master bedroom, which was larger than 3 turtles. Glance and Stevia took each others clothes off, but for strictly non-sexual reasons because they subscribed to the ideology of nudism. Glance took a nap, and Stevia took a crap.

Later that night, Glance and Stevia lustfully ate some shrimps. It was very romantic.

"I love you for some reason!" Shouted Glance in a very smooth, seductive tone.

"I love you too, Vance!" Responded Stevia gleefully.

This is the moment Stevia knew she fucked up.

"You said the wrong name," said Glance in a dry, neurotic tone.

Personality traits: (Choose up to 5)

Misc: (Any other details you want to add about your character)
In Decades of Romance → 2 mos ago Forum: Casual Roleplay
Glance Lovesmith

Dislikes: Men, tigers, cereal, anyone who stands in the way of him and the women he desires

Aspirations: Capture the hearts of as many women as possible

Secrets: Becomes incontinent when drunk. (This won't stay a secret for long)
In Decades of Romance → 2 mos ago Forum: Casual Roleplay

Disclaimer: This roleplay is highly comedic and satirical, and your posts don't have to make sense as long as you're writing coherent sentences and not literal spam. Please read the rules before posting.

-Posts must be 5 sentences minimum
-Use proper spelling and grammar
-Posts don't have to make logical sense, but don't write literal spam or things like "fjkdlafjklsjf"
-Have fun

Decades of Romance is a comedic roleplay with loose romantic themes which takes place in a transient world.

Every month or so, the world shifts time periods (the characters are not aware of the time shifts). For example, for the first phase of the roleplay, the time period will resemble the early 1900s, with the aesthetic and technology adapting to the period. At random intervals, the time period will shift. If the time shifts to the 1980s, the characters and plot will stay mostly the same, except that aspects such as fashion, aesthetics, language/slang, and technology will change to that of the 1980's.

Example of the same plot point but in different time periods:

Early 1900s: Jimothy Slicius mounted his horse carriage and rode 3 miles west to the local apothecary, but then he realized he forgot to send a telegram to his comrade, Bartholomew Cliffton.

1980s: Jimbo Slice hopped into his 1981 Corvette and sped down the block to the pharmacy, but then he realized he forgot to call his homie, Bart Clifford.

Medieval: Sir Jimbilicus Slicer III mounted his royal steed and galloped 3 miles west to the local alchemist, but then he realized he forgot to send a pigeon to his fellow knight, Bartholomew Cliffington IV.