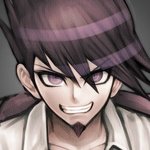 As Liam continues on his Thanksgiving Day wondering around the city, he finds himself stopping for a moment. Ahead of him, he sees a familiar yellow coat that he had seen back during that time. Sure enough, as he once more begins to move forward that he can make out the form of the girl Emily (@medalliah) within its hood. He debated for a moment if he should just continue on, but decided against that. Liam was trying to break out of his long loner rut he’s been stuck in this last several years. Avoiding social interaction wasn’t going to help him with that. As such, he finds himself taking a breath, before shifting himself towards her as he walks.

With a raise of his hand, he calls out to her. “Hello there Emily…It’s been a bit since we last met, hasn’t it?” He gives a lazy going smile. ”You by chance going around and taking in the festivities too?”
In UNFAIR MONSTERS → 13 days ago Forum: Casual Roleplay

Liam finds himself once more out of the house, taking the time to casually stroll through the streets, seeing what’s going on. Maybe find some special thanksgivings day deals at the stores. Well, those that kept themselves open that day at least. He watched as several people passed by with various decorations, putting the finishing touches for the parade coming later that day no doubt.

While the parade was certainly quite the spectacle every year, Liam had found himself a bit solemn about it since the passing of his family. Hard to find yourself in a thankful attitude when that thought crosses his mind. This was probably his first time since then that he even went out on Thanksgiving.

Flashes of memories from his younger self popped up as he looked around. The one where he stood between his parents, his little self holding there hands and shaking in glee as he watched the colorful floats pass by. Such good memories they were…

Liam shakes his head a little, pulling himself out of his sad reminiscing. A small, bitter smile comes to him as he sighs. Keep it together Liam… You’ll get through this.
In UNFAIR MONSTERS → 18 days ago Forum: Casual Roleplay
I’ll try and wrangle up a post in the next day or so. Let’s see if we can shake off that post holidays drag!
In UNFAIR MONSTERS → 2 mos ago Forum: Casual Roleplay

”You know, after all that we just went through, I could definitely go for some of this.” Liam could feel the saliva building in his mouth from the smell alone of the place. It didn’t take long for him to quickly step up to the counter to take a look at all that was there. Pastries and ice creams? It was a sweet tooth’s dream in here.

As he found himself looking, Liam sees that the strange girl, whom had showed up after beating the monster, was also gazing upon the food before them. It seemed she really wanted to feast upon what was in front of her, though it seemed she was muttering something to herself as she was. Maybe this strange person was broke?

Catching the attention of the employee behind the counter, Liam proceeded to give his order. ”Hello. I’d like to get 2 apple fritters. Oh and…” his eye glanced back over to the strange girl, speaking over at her. ”Hey. Looks like you want something over there, am I right? If so, pick something and I’ll get if for you this time.” After that ordeal, Liam was feeling pretty generous. And if this being was in part of why he had the powers he did to be able to fight back, he was certainly willing to offer this at least as a small thanks.
In UNFAIR MONSTERS → 2 mos ago Forum: Casual Roleplay
Same. Hopefully can back into the swing of things now.
In UNFAIR MONSTERS → 2 mos ago Forum: Casual Roleplay
I was just giving the chance for someone else to go first since I went ahead the last couple times. If not, I’ll write something up soon-ish
In UNFAIR MONSTERS → 3 mos ago Forum: Casual Roleplay

“Oh, great. Of course it has final gambit move.”

Liam grumbles a bit as the beast before him body seemingly began to shift. His head tilting out behind the current tree he was taking cover with, he could see the flailing monster’s spikes starting to shift across his body. He at first thought it was going to try and porcupine it up defensively. However, that thought was trashed the moment one of the spikes shot off the beasts back, embedding itself into the tree he was behind. The sharp point bursting through were his head was just mere seconds before.

“Staying here is a go then. If we can’t stop it from shooting off more of them…”as he speaks this, an idea forms in his head. It was perhaps rather risky… no, it certainly was. But at the current rate, it’s likely he or even one of the others could find themselves impaled if this keeps up. So in his desperation idea, he bailed out from behind the tree. Running to keep ahead of the spikes after him, he wills his chains to shoot up towards the beast. Deflecting some of the spikes as they rush onward, the ends look as if they were going to overshoot the monster. But once passing over, their direction changed, heading around the monster instead of passing over.

Over and over. Round and round. The chains rapidly began to wrap around the beast. As they tightened, the spikes they were over found themselves stuck against the very back they were supposed to shoot off of. With the number of spikes now limited, Liam takes hold of the chains. Though Liam doubted his physical strength added much to them, he could almost feel like a bit of his stamina was returning to him. Maybe there was more to these chains of his than he originally thought, as strange colors seemed to move from the chains down to him from the direction of the monster.

Liam was feeling the adrenaline pumping now. Even though his attack didn’t appear to damage it much as he could see, just seeing them slam into the beast and distract it from attacking the girl before in front of it felt pretty good. And with the other guy’s follow up attack of that weird but effective red looking stuff, Liam’s mind thought towards finishing this quickly.

Of course, it seemed he would end up jinxing himself with this thought, as the beast then surprised him by diving into the earth below, vanishing from sight. “Oh come on!” He lets out an exasperated tone. “Can’t you just stay on the surf-“

His sentence was cut off as the beast not long after diving below the earth resurfaced. And not just anywhere, but close to him! To make matters worse, it seemed that, judging by it spinning at him as it did, it was making a beeline straight at him.

As if in instinctual response, the chain on his right side hurled itself to the side, as the ball at the end transformed into a spear head like implement and struck into a nearby tree in the woods. When the beast seemed nearly upon him, Liam this time found himself pulled by the chain towards the tree to his right, dodging what certainly could have proven a devastating blow.

“Seems it’s focused on me currently!” He calls out to those others fighting said monster with him. “I could really use some assistance here!” He added, as the one spear head chain popped out of the tree and he prepared both to do the same again to another tree of it continued its charge rolling at him.
In UNFAIR MONSTERS → 3 mos ago Forum: Casual Roleplay

As Liam was coming close to conquering the boss upon his screen, the calming atmosphere was broken as a mass of people screaming could be heard coming from deeper in the park. Looking up, he can see some of them running his direction, fear quite evident upon their faces as they approach. But what really got his attention from them was what they were yelling about. All of them making mention of a beast. A monster.

And they were coming from where that light still rested in the sky.

Quickly returning his handheld to its case and placing it back into his bag, Liam with little thought began to run against the tide of frightened citizens made haste towards the light and whatever this “monster” is. It wasn’t long before he came across the field below the light. And it only took a moment more to see that the screams of a monster were indeed not an exaggeration. There was an honest to god massive beast was here! In reality!

His eyes then caught motion going on around the large beast. Not only was there the monster, he realized there was, in fact, people already fighting it too! From what he could see, it appeared as two girls and a guy had already engaged it. And not just that. It looked like they were actually putting up a fight with strange powers of their own, if the fire and weird streaks being used by the people were any indication.

As the fight continued in front of him, Liam’s mind raced. He should, by all accounts, be fleeing away from such a terror. No one could fault him on it. But Liam could feel it at his very core. He could fight this thing. He HAD to help fight it. Liam grimaced as he looked at his hands. How the hell is he supposed to fight lik-

The sound of metallic chains sounded in his ears. He glanced around at the strange sound, only to realize it had come from in front of him. From his very arms no less, as two chains began to unfurl out of them. Strangely, Liam found he wasn't bothered by their sudden appearance. They felt like… they were part of him. He couldn’t explain it. Not that he had the time to, What with the fight going on before him.

Instinctively, the chains that came hovering out of his arms and seemed to align with his eyes on the monster. He also took note that at the ends of both chains sat a considerable sized metal ball. He had no doubt it had weight to them either. If they could fall upon the beast perhaps…

It was then the chains, upon this very thought, shot into the sky up over the beast. As they reached what he felt was the right spot, his arms grabbed at the new seemingly magical chains and reacted by immediately motioning his arms with them into a slamming motion. And they responded as he had envisioned, as the two weighted masses slammed into the beast's back.

Liam couldn’t help but grin to himself at this as adrenaline began to run in his veins. He really could fight like this! And as the chains retracted rapidly back to him, he was ready to take a stand against the beast with those others and protect the civilians still fleeing.