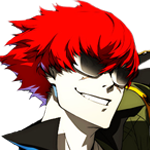 I do commissions, specializing in character design. Ask me for prices.

In Genshin Impact AU RP → 11 hrs ago Forum: Casual Interest Checks
Railgun tech isn't hard for someone to make for themselves, especially if they're an electro vision wielder, because they can supply the electro charge themselves, rather than relying on a battery. So there's an idea.

Anyways, there ought to be one or two more unique firearm stuff coming in because just the two is kinda underwhelming.
In Genshin Impact AU RP → 12 hrs ago Forum: Casual Interest Checks
I've just been working on the character sheet and a few other things. Having trouble deciding one of the parts of the character sheet, so it is almost finished.

I suppose until the sheet is done I can share a bit about some of the firearms I've already got done in mind.

Firearms - The advancement of firearms have reached the point of bolt action rifles and revolvers. Early forms of automatic weapons do exist, though in prototype forms. With the usage of the elements however, nations have created various types of firearms.

Railgun - The nation of Averton have recently created railguns, coming in large or small sizes. The smaller ones are in the form of crossbows, sometimes with a repeater mechanic to load the next shot, while the larger ones are used as siege weapons.

Dragons Breath - The pyrotechnics of Fuhan have created a kind of explosive blunderbuss. Though the range leaves something to be desired, spread and destructive force more than makes up for it. Also called “bunker busters” due to being able to clear a room in a single blast from a high ordinance model. These weapons come in smaller form as well, able to slung under longer barreled weapons as a secondary fire.
In Genshin Impact AU RP → 3 days ago Forum: Casual Interest Checks
@AzureKnight
1. Witches for the most part lead hidden lives, they generally don't want people to know they're a witch. There are indeed covens, and if there are not covens, hopefully your mother, or a rare case of father witch is there to help teach you how to control your powers. There is also the mechanical benefit that a witch's power isn't elemental in nature, but witches that gain a vision can change that. Much of their traditional arts are ritual and brewing based, but they also have things like polymorphing, animation, and even familiars. As for a connection to an element based on race, well, there is none.

Nations of each element are defined as such because their lifestyles and culture revolve around that element, the element that their Archon presides over. Being surrounded by that element most of one's life can have an influence naturally, but it's not set in stone. You could be a cryo witch if you like while being born and raised in Averton.

2. So Cryptids and Noble Beasts in particular are inspired by things of the same nature we know, vampires and werewolves for Noble Beasts, and Chupacabra and Loch Ness for Cryptids. The nature of their powers are also different. Cryptids use mystical power which is rooted in the unknown, while Noble Beasts use ectoplasmic power which is rooted in spiritual energies. Yaoguai are a bit more general, but their closest comparison is the Yaksha from the game, however instead of being created as almost god-like protectors, Yaoguai are wildlife spirits, and can become greater spirits by transcending their common mortal forms. On the surface it's a lot of flavor, but when you want to play any of them and wish to go deeper, there's unique lore for different paths.

3. Playing a full Adeptus has a great deal of limits, so it's more than likely a full Adeptus won't be playable in the end. Those limits include being secluded to one or few locations, not interfering in worldly affairs, and so on, in exchange they get their own pocket dimension, their own domain. In such cases if you want to be an Adepti, play a half instead. While halfs are unable to maintain their own domain, they can use the creation arts of the Adepti.

As for the Shaitan, the level a player would be at is able to imprint words and phrases in people's mind, have their opinion lean slightly a certain way, and so on. They won't be able to explicitly or strongly push someone to do something erratic or seemingly unprovoked like in their legends. For your suggestion to work, some semblance of what you want them to do needs to already exist in their mind. Shaitan are more effective the less decisive someone is about something. They're not sure if they want to eat beef or chicken? It's almost free that you can tell them what to eat for lunch. On the other hand if they're dead set on eating beef, you won't be able to convince them to eat chicken with your powers alone. Hopefully that all makes sense.

I'll also remind that these are the much rarer races, and most of the time don't hold high stations or even certain professions. Humans and beast people still hold much more normal professions. There's also an elf-like race in Genshin, so if that's also your thing then sure go for it. I'll probably have them in too. I'll have a small list for these three soon enough.
In Genshin Impact AU RP → 3 days ago Forum: Casual Interest Checks
@AzureKnight Part Adeptus are allowed. My recommendation is to model it off of Ganyu's overall history. Early life half Adeptus do not have a human form, but later on will. Usually being raised by Adeptus early but eventually become part of human society later, unless they are hermits I guess.
In Genshin Impact AU RP → 4 days ago Forum: Casual Interest Checks
I'll format it later, but here are some races. You can assume by the way that an animal race for most animals already exist, they're classed similarly to humans. These are just the ones who have a bit more going on for them.

Adeptus - Disciples and creations of the first Pyro Archon, long-lived beings with immense mystical power. They are defined by their Adeptus arts, which are capable of creating their own realities. Adepti are often in search of knowledge and wisdom, usually towards a particular subject, as the accumulation of knowledge is one of the reasons they were created, as to not forget about the past.

Yaoguai - Powerful beasts that live in the lands of Fuhan, but able to assume a human form. Over time, Yaoguai have adapted and learned to coexist with the citizens of Fuhan but are still widely seen as savage beasts. They possess great strength and resilience, and their beast forms give them an edge in battle. It is said the current Pyro Archon has a whole squad of Yaoguai soldiers.

Yokai - Mystical beings from Yato’s long and storied history, often appearing throughout with their own tales. It is said Yokai walk among the people of Yato, having long learned to be one of them. A Yokai’s strengths and weaknesses depend entirely on what kind of Yokai they are, some are talented at using their elements, and others are storied warriors.

Cryptid - In Walton there exists proof of the land’s ancient roots, the roots of the Uvera people. Called divine beasts by the tribes of Uvera, and called cryptids by the people of Walton, they are often strange and unusual creatures. Largely, most of them cannot assume a human form, but among them there are those that are particularly powerful, and are able to do so. Cryptids have a wide variety of possible powers and abilities, but they often correlate to something somewhat alien.

Witch - In the long past of Averton, when man used swords and shields, there existed a people who were incredible wielders of magical arts. Shunned by the people of Averton they went into seclusion. Today, they still hide among the people, stories of their ancestors and their portrayal as evil people who lured the innocent into deals with the devil still haunt them. Whether or not such stories were true, their command over magic is immense. Typically, witches are women, but male witches have been recorded as well.

Noble Beasts - A class of beasts who possess greater intelligence, they are frequently legends in and around the Averton and Lascuta regions. They are beasts with stories more complex than man hunts beast. Vampires, werewolves, succubi, wraiths, and so on.They have often been compared to yokai, but the difference seems to be the nature of their powers.

Jotun - The Jotun are a hardy large race living in the Helgaskr region. Their population is quite small, and they are a peaceful people. An ancient war however has made them forever resentful of the peoples of Helgaskr, though at the time it was called something else. The Jotun possess large bodies, and stone-like skin, and of course, great strength and resilience.

Shaitan - In Al-Marabar, it is said if a good man were to one day kill another, or to commit a crime seemingly unprovoked, it would be the fault of the Shaitan, evil spirits who incite evil in the hearts of men. Shaitan themselves though… Do possess this ability, able to push suggestion into the hearts of people they speak with, though it is not explicitly for evil purposes. Sometimes it can be for the good of others. Shaitan compared to their other supernatural counterparts seem somewhat unremarkable, often possessing a mostly human appearance, with the particularly powerful ones possessing horns. Overall however, they are resilient and impressively agile fighters, often relying on their mobility and trickery for combat.
In Genshin Impact AU RP → 8 days ago Forum: Casual Interest Checks
Well unless like 3 people appear and vote the same thing, don't think the vote will change, so I'll go forward with starting us out in Al-Marabar.

I'd also like to make mention there'll be some unique races in this RP. We have of course humans, and partly animal people, but there are also Adeptus and Yokai, and other similar kinds of things. I'll have a more comprehensive list later, but for now it's a heads up in case you wanted to do something a little different to human.
In Genshin Impact AU RP → 9 days ago Forum: Casual Interest Checks
A heads up, the way the RP will be run is it will focus on one country at a time. Each with their own self-contained stories to participate in and affect some of the outcomes.

Geo - Middle Eastern themed on a sea of sand with warlords and sand pirates.

I'd also like to remind once again this is all early 20th century-ish in terms of tech and time period, so do picture them roughly in that context. I'll have more details at a later date including the core conflicts of each nation, so stay tuned.
In Genshin Impact AU RP → 20 days ago Forum: Casual Interest Checks
Cool, anyway I realize it's a bit wild to just say I got nothing, so I'm gonna reveal a couple ideas already in mind, nothing is yet concrete since I have yet to fully commit. Just a few things I know more or less I'm gonna do.