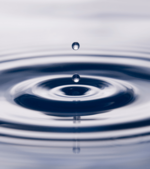 Me when I first got here: owo what's this?
Me 1 month later: I live for smut.

"WATCH WHERE YOU'RE GO--" Sir Landon spun around to see the stunning blonde noblewoman, his demeanor immediately shifting from explosive frustration to sudden interest, his eyes dumbfoundedly blinking as they settled on her 'endowments'.

"Errm--well then, I suppose I could consider forgiving a refined young woman like yourself for a simple mistake..." He rested his arms on his hips in a dignified pose, lifting his chin, his lips curling lightly into a magnanimous smile.

"How about you make it up to me by accompanying me for dinner this evening?" he continued in an expectant tone that seemed to bar anything but an eager "yes" in response, evaluating the splendidly dressed noblewoman and her chambermaid with a self-satisfied smile.

"And bring your maidservant," he gestured to the dark-haired Viviana in disguise. "My boy Luca could use some company as well," he shot a winking glance to his page, who looked between his lord and 'Alice' with an embarrassed smile and a slight blush.

Captain Owyn poured himself another cup of rum, chuckling at Valen's comments about the nobles. "The lady I don't know much about, just goes by Lady DeVespe. Ah think she's some sort'a foreign diplomat, real shy type, 'specially for keepin' 'round so many guards." He took a gulp of rum, relaxing back in his chair.

"Other fellow... Sir Landon Gaensburg, e's some Duke's nephew. Could definitely use less o' him 'round here... don't tell 'im ah said that though." Owyn chuckled again, taking another gulp.

"But nobles, they pay good gold... well, as long as they don't go askin' fer refunds after." He grimaced, glancing towards the door. "I may have been avoidin' that Landon fella..." he whispered conspiratorially.

"Luca! Do be careful with my luggage, boy! Just the case is worth more than half this ship, I suspect!" Sir Landon called after his page as he made his way towards his suite, when one of the wooden beams underneath his foot suddenly shifted unexpectedly, causing the nobleman to losing his footing and slip, falling onto the floor with an embarrassing face-first crash.

The nobleman quickly stumbled to his feet, his eyes darting around angrily, before examining the wooden board on the ground.

"This is utterly UNNACCEPTABLE! What sort of a ship is this, to be in such utter disrepair!? I could have been KILLED!" his clamorous voice rang out across the ship, making many of the crewmen and passengers look his way.

"I want to speak to the captain IMMEDIATELY! This will NOT go unaddressed!" Sir Landon stomped about, eyeing the crewmen, who were unsure about what to do.

Soon the first mate approached the nobleman, trying to calm him down. "S-sir, we're very sorry for the inconvenience... err, would a discount on your next trip with us make up for it?..."

Sir Landon eyed the sizable first mate from top to bottom, his eyes bulging with anger. "You are mad if you think I'd ever step foot on this horrid piece of wood again! A 'discount' will absolutely NOT do! I demand FULL reimbursement of my ticket, in addition to a formal apology!" he teemed with resentment. "To think that I could have DIED here, after only being on board for MINUTES!"

The first mate fiddled with his fingers in uneasiness. "Err, right then, Sir, l-let me just check with the captain and the rest of the crew and see what we can offer you. I-In the meantime, please enjoy your cabin, and let us know if there's anything else we can do for you!..." the large man said before quickly scurrying off.