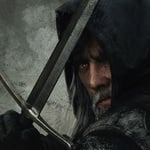 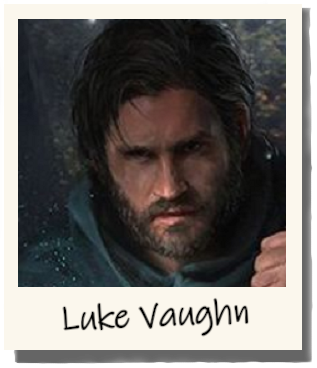 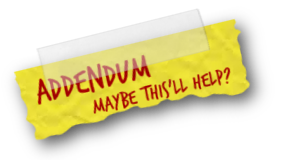 RELATIONSHIP TO PREVIOUS MISSING EIGHT
Grandson of Peter H. Vaughn
THE DOOR
Traveling on quiet backroads, Luke had his window down and listened to the birds chattering through the woods. He had a radio station on when he thought he heard a small cry. It sounded so close. In an attempt to confirm what he heard he turned the radio off and slowed the vehicle to a stop. It was between a grouping of trees at the edge of the woods to his right that he thought he saw movement. Another cry let out and the foliage around the group of trees shook. The sound was unusual, which is what drew his concern. It sounded like it could have belonged to a small child or a wounded dog, strangely enough.

Eyes locked on the spot where he saw movement, he reached for the truck’s handle to get out of the vehicle. With a flex of his wrist resistance of the door disappeared. His body was already in motion to step out of the truck. Without the road to be found beneath his feet when he expected it was gone, he fell onto his left shoulder. To his shock he found himself far away from any semblance of a wooded area, let alone anything of this world.

With a grimace Luke slowly got onto his feet. The ground beneath him was white. Streams of mist defied physics by rising up into the ether above. The horizon was filled with a calm and soothing light. Before him was the silhouette of a canine of sort, perfectly motionless. It was as though it called out to him, beckoning him to follow. Behind him, a perfect reflection of reality framed within a circle. All he would have to do is turn around and step through the portal. His truck was running and the birds continued to sing their songs.

STATEMENTS
Kurt Garrison
Neighbor and Friend, Owner of Great Falls Supply Co.
”Luke is a great neighbor. Pretty quiet but friendly. Always says hello and asks how we’re doing. We’ll hang out from time to time and watch baseball or something and catch up over beers. The last I knew he was leaving his driveway in his truck. Looked like he was going to the park nearby, maybe. He likes to go there to walk and clear his head.”

Natalie Vaughn
Mother, Part-time Florist
“The last time he answered his phone was a few days ago. It’s not like him to not get back to me within 24 hours if he’s missed a call from me. Ever since his father passed away, which wasn’t long ago you see, he has been even more withdrawn than usual. I just… I can’t think of where he could have gone—and without a trace? It’s not like him.”

Milly Lewis
Professional Home Designer (often refers clients to Luke for carpentry work)
“Luke and I met at the tool shop in town, you know, Great Falls Supply Co.? I think his neighbor, um… Kurt, I think it is, owns it. Anyway, we sort of clicked after I found out he worked as a carpenter. I gave him my card and I refer clients to him when they need any wood work done on their home. He’s handsome, quiet, reserved. It’s hard to get anything out of him sometimes. I tend to keep the conversation going when we talk. He’s single as far as I know, but like every other guy in the world, sometimes dropping a hint just isn’t enough.”

CARPENTRY:
[+1 Speed ; -1 Cool] Luke must be very precise in his craft. Mistakes tend to frustrate him though; mistakes usually lead to having to redo something.
IMPROVISATION:
[+1 Mind; -1 Cool] Going back to his profession, Luke has learned different tricks and methods to make things work. If something doesn't work the way that was anticipated he becomes frustrated and starts over.
HARDENED:
[+1 Body ; -1 Will] Working as a carpenter requires a bit of strength, especially if using larger pieces of lumber. He has been known to help chop down trees at the request of others. As a result, he helps someone and also helps himself by getting free lumber. A drawback is that he finds it hard to ask others for help.

Jan Halvorsen
P e r s o n a l i t y
Jan is friendly to everyone that he meets. Outwardly he appears to be extroverted, but those who know him well understand that he only appears that way because he worries about coming across as rude or uncaring. He’s the type that’s comfortable with silence; however, he’ll keep up with a conversation and be happy doing that as well. All-in-all Jan is easy enough to get along with.

As with any other person though he does have his weaknesses. He tends to keep others at a distance, relationship-wise, not wanting to get too close. Those who do manage to gain his trust have earned it… you shouldn’t cross him after you’ve gained his trust though—he might never forgive you. Finally, although not necessarily a drawback perse, he can be a bit dense and doesn’t always catch onto hints or jokes that aren’t straightforward.

C h a r a c t e r S y n o p s i s
Jan had just relocated to the city approximately one year prior to the bomb. He works for Dro'gammun's, a corp that specializes general contracting and construction.
A b i l i t i e s & S k i l l s
//Abilities:
Force-Field Generation | Force-Field

Brought on by Jan’s propensity to keep others pushed away. User can create a shield, wall, barrier, dome, or a field formed from energy. The shields typically take on a dome/spherical or flat shape centered on or around the user. The user is capable of blocking/nullifying attacks (including physical attacks) or even reflecting them. Force-Fields are also used as containment to imprison others. Force-fields aren't usually impenetrable and can be removed by energy drain or extreme force. Jan is also able to throw shields away from himself and to another.

Limitation(s) | Unable to hold the force-shield for long durations. Doing so results in passing out from energy exhaustion. The stronger the attacks are against the shield, the shorter the duration. After choosing the shape of the force-field, Jan is unable to change the shape mid use.

Brought on by Jan’s fiery unforgiving treatment of those who betray his trust. The user can release kinetic energy over a specific target area causing great damage and/or delivering great shock waves of pure force.

Limitation(s) | Generally unrefined and in-discriminating. Must have at least one hand free to aim the blast.

Brought on by Jan’s kindness to others. The user can transfer life-force from one being to the next, a method could be to absorb the life-force, then implant it into the targeted being, healing them and even resurrecting them. Most instances will be the user transferring his own life-force. This may require physical contact, or just being in the same area, just thinking of transferring the life-force. However, this may kill the one the user took it from.

Limitation(s) | User will lose as much life as he gives. Cannot be used on undead. Must have ample time to perform the ability. Using it in the midst of battle is impossible.

//Skills:
Touched by Hephaestus | Ability to craft almost any minor piece of equipment out of metal so long as he has the materials and tools to make it.
O T H E R
Any other information pertaining to the character that is not covered in the sections above.
In R-Evolution → 3 mos ago Forum: Casual Interest Checks
You already know I'm in
In Word association Game! → 3 mos ago Forum: Spam Forum
Brushes
In The Black of Night - Urban Shadows → 3 mos ago Forum: Tabletop Roleplay
@PennySorry for the lack of posts from me. I got absorbed into another RP. I'll post today or tomorrow
In / / H A L C Y O N / / → 3 mos ago Forum: Casual Roleplay

Tor observed the young man with chestnut colored hair as he dropped a seemingly unending length of bandage from his palm. Right after the bandage touched ground at the bottom of the cliff, he had asked if anyone saw where they could anchor the other end. The next thing Tor knew the man that had introduced himself as Sam strummed three different chords on the guitar that he carried. Its notes could be felt in Tor’s chest as they rang out. Sam then embedded the instrument into the mountain itself to be used as an anchor. Finally, Mazorn evoked a rune on the bandage. The whole ordeal took maybe two minutes—tops.

With eyes transfixed on the edge of the cliff where the makeshift rope dropped off, Tor remarked out loud to himself, ”Yeah, let me just climb down this bandage that some guy spewed out of his palm like Spiderman, which is anchored to some magic guitar, seems safe. Seems completely sane. Yep.”

Unaware of what Mazorn had said, Torbjørn jumped to the side when he took him by surprise by throwing himself off the cliff. Torbjørn, not knowing what to think other than Mazorn was completely out of his mind, scrambled to the edge expecting to see a man but saw nothing instead. What the hell? He looked around trying to search for any sign of him, then, out of the corner of his eye, he saw a raven soaring alongside Himinn. ”Of course. He can shapeshift,” he sarcastically stated. Tor shook his head with a smirk. He needed several hard drinks.

Torbjørn grabbed onto the slack at the edge and tugged hard. It felt sturdy enough and the guitar didn’t budge. With the graceful expertise of a mountaineer he rappelled down the side of the cliff and onto solid ground. He had thought his mind was playing tricks on him as he descended the mountain’s face, but the temperature drastically changed from below freezing to a temperature one would expect on the beaches in summer. Beads of sweat collected on his brow; his jacket which felt barely thick enough to retain any warmth now felt stifling.

He chuckled quietly to himself, muttering as he removed his gear. “Ah og en annen drink. Det ser ut til at dette palasset er i stand til å ha temperert vær på toppen av fjellene som er under frysepunktet.” Dripping with the last remnants of snow, his parka hung between the top flap of the backpack and the main compartment. Tor wiped the sweat from his brow, slung one strap of the bag over his shoulder, and then looked up to take in the scenery up close for the first time.

Several feet away a courtyard of sorts with an enormous bowl with a fire burning within it sat at the center. He made his way closer with slow and cautious steps. As he neared the courtyard he walked between a tower and some sort of large building. To both his surprise and unsurprise, he noticed a small figure not much further away from the central fire bowl as he. It was safe to assume she was there for the same reason as him and everyone else.

Continuing a slow and cautious approach to the center of the courtyard, Tor scanned the area from left to right. There were five doorways which were built into the walls of the valley. One, in particular, stood out to him—that of cedarwood with shields adorning both doors.
In Word association Game! → 3 mos ago Forum: Spam Forum
Sports
In 𝔸 / 𝐒𝐘𝐍𝐂𝐇𝐑𝐎𝐍𝐘 → 3 mos ago Forum: Casual Roleplay
Any chance we'll set up a Discord server?
© 2007-2017
BBCode Cheatsheet