STATUS: I'm not man enough to be human, but I'm trying to fit and and I'm learning to fake it ;) 5 mos ago

5 mos ago
Current I'm not man enough to be human, but I'm trying to fit and and I'm learning to fake it ;)
3 likes
5 yrs ago
Tried making cheese sticks for the first time...... well more like cheese logs now
2 likes
5 yrs ago
Looking for a 1x1 partner pm me to discuss ideas.
1 like
5 yrs ago
Sometimes if you try hard enough, you can find the light within the darkness inside your soul.
7 yrs ago
Hitting on the OG, got coffee, and a cig. Perfect day. 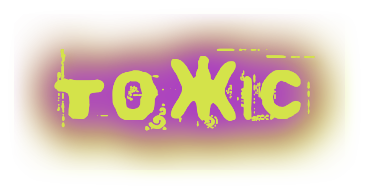 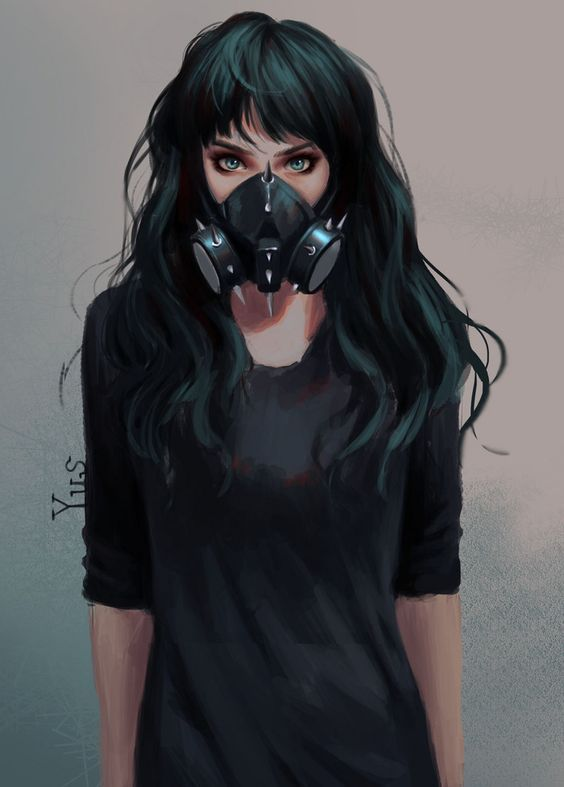 Kami found herself in an alley way just outside The New York Community Bank as it was surrounding by the N.Y.P.D. Unfortunately, thos was a stake-out hostage situation as the Police had no choice but to remain outside. Four robbers were commencing in a heist and had the whole place flooded with chemical gas, the robbers figured since they were in full hazmat suits, they woukd have the upper hand awaiting for everyone inside to fall unconscious so they could loot at their heart's content.

Kami approached and was stopped by an officer whom didn't know she was with the Avengers. "Halt citizen, this is a very dangerous hostage situation, I must ask you to stand back!" He announced, putting his hand up as a signal to stop. Kami gave him a stern look in return."I'm only gonna say this once, Get out of my way, stand there and look pretty, and let me do my damn job." With that she showed him her Avengers ID and waltzed passed the Police line up, arming her wrist darts and checking her air pack that was clipped to the back of her ultility belt.

As she entered the bank, she was greeted by two fully loaded assault rifles aimed at her, immediately she raised both her arms slightly, firing toxic paralysis darts into the knee caps of the twoen aiming at her. Immediately they fell, dropoing their qepons as a reactiing to the sudden pain then numbess that began spreading through their bodies rapidly, soon making them completely incapacited, alive but unable to move.

The other two men were not armed but came at her swinging not knowing Kami was trained for this kind of situation. She easily countered by catching the arm of one robber, slinging him into the other, busting the headgear of one's hazmat suit as they toppled down on one another. Kinthen simply tossed a sleeping gas grenade onto the ground, putting the theif with the damaged hazmat suut asleep in moments and she pinned the other down woth her foot in his chest and her katana drawn at his throat."Hey easy lady, you aren't gonna kille are ya?" He asked in a panicky manner."You will comply then yeah? Stand and turn yourself in now, before my patients grows thin." with that the robber scampered to his feet and rean directly outside to the police, Kami came out shortly after, receivung cheers from not only the N.Y.P.D but the civilians whim gathered to spectate the scene. The hostages were evacuated immediately and the Police made sure the bank was well ventillated. One of the conscious bank tellwrs made a comment."Thank you ma'am, that was a very toxic situation." Kami then smirked, picking up on the pun."Thats my name, dont wear it out now."

Kami, now arriving at the mansion, give Jarvis a ient but respectful nod as she approaches him.

"Ah one of pur newest additions yes? Toxic if I'm correct" He waved a hand towards the elevator.You will find some of your fellow avengers in the briefing room, before you go, My name is Jarvis, let me give you my heartfelt welcome to the Avengers Mansion"

Kami gave a soft grunt before speaking."Thank you, it's a pleasure Jarvis." Her voice muffled a bit by her respirator gas mask, now stepping into the elevator. Upon her arrival on the briefing room, one could hear her breathing through her mask, almlst like a deep sea diver. This was her first visit to the mansion and her first time meeting any other Avengers besides her Trainer Black Widow, she noted the prescence of Gwen, Peter, and Jim as they were relaxing and conversing.

Greetings... My felllow Avengers. I'm the one known as Toxic, the new recruit recommened and trained by Black Widow. It's a pleasure to finally meet you guys.." She spoke in a low, muffled voice as she approched her new found allies, taking her seat and relaxing. With a swoosh of her mask being removed, she popped a peice of sour gummy candy in her mouth from a big bag of said candy that she had purcahsed prior to her arrival before outting the mask back on.
In Nonsense (A Silly Place) [Jump in] → 5 mos ago Forum: Free Roleplay
Nova gave a soft meow before rubbing against Madeline's leg as she enjoyed attention and pets as most cats do. She then eyed St.Vicar, whom seemed to tower over her kitten form and gave him a gentle nod as if she wantrd to tag along to. Though they weren't aware of her shapeshifting abilities, Nova loved to adventure and knew that she could assist the situation if it becomes dire.

Unfortunately, Nova couldn't speak in this form all she could do was "Meow, Meow Memeow" now realizing she couldn't be understood. Would she reveal herself now or when the time came to?

In Seven Kingdoms (WIP) → 5 mos ago Forum: Casual Interest Checks
Its several factions and Pvp, rivalries, alliances. And even though its a world of choas, marraiges are even permitted. Granted it may not be pvp all the time as everyone has a life to live too. All pvp will be organized into territories and there will be one battle at a time, however numerous factions can participate in this battle if they chose to

Your character's main focus will be on your life, faction, and the alliances your faction has. If your faction is not in battle, you'd simply live your day to day life. The King may even dish out individual tasks to help prepare or get an edge in battle. I hope I gave a good description that youre able to understand. Please if you have any questions or any ideas, let me know. Thank you for your interest
In Mortal Kombat: Dawn of a New Armageddon → 5 mos ago Forum: Casual Roleplay
Bumpity
In Seven Kingdoms (WIP) → 5 mos ago Forum: Casual Interest Checks
So I have an idea thats a spin off of a classic strategy game called Seven Kingdoms acient adversaries mixed with something very similar to dynasty warriors. The whole object of the old game was to build your military(rp sakes the military is already there) establish trade alliances, partner up with a kingdom or two to take another rival kingdom. This routine keeps going until one kingdom or alliance remains standing. There will be kings, princes, princesses, captains and troops that will all be playable. The kings, princes, princesses and at least one captain from each kingdom will be playable presets. This however is a work in progress because it entails alot of writing seeing as i have to describe seven kindoms and the preset characters they will have. Of course this all will take place medieval Japan. Im just wanting to see if there will be any interest before I take the time needed to write it all out.
In What Happens In The Basement, Stays In The Basement → 5 mos ago Forum: Free Roleplay
Name: Jenna Reed
Age: 23
Gender: Female
Appearence:

Personality: open minded, down to earth,flirty, super friendly and is very lais back
Likes: Marijuana, Acid, Sour patch kids, and vidoe games
Dislikes: pop music, narcs, drama, negative vibes
Talents: Plays guitar, could probably our smoke anyone
Occupation: Barista at a Coffee Shop
Sexuality: Bisexual
Relationship Status: single
Bio: Jenna grew up as a problem child but made her way thriugh school with no issues. She syartes smoking weed at thirteen and got her job at eighteen. She saved up for a couple years until she finally got a house at the age of twenty three. This is where she has her party basement.
Other: N/A
In Nonsense (A Silly Place) [Jump in] → 5 mos ago Forum: Free Roleplay
With the soft sound of her paws landing on an open window seal, Nova tilts her head curiously at the duo inside whom was just taking their leave, she hopped down and followed them outside. Who would question and innocent, curious kitten? She was fascinated by the horse reigns that the man handed over to the girl as they looked like string, cats love string. She sat and watched from under the two, her head darting back ans fourth at the reigns moved, her eyes glued to them as she ingored, or more so didn't notice the big horses
© 2007-2017
BBCode Cheatsheet