[CHAR] Lost but not Alone

A detailed list of Characters are listed below with their Character Sheet quoted.

Mutations (Toxins and Chamira only):

Member Seen 41 min ago
BigPapaBelial
I have seen you...I have watched you...

637 posts
in 2232 days
Seen 41 min ago
I'm putting this here so I have an easier to find and quicker to edit location. I have work to do on this anyway. Hair Style:
Short cut, slicked back while working, allowed to hang loose when in a casual situation

Character Stats
Primary Characters only (These update every now and then)

You learn alot about things when you grow up under the wing of a lion, and in sight of a dragon. Chance Rollins Sr. was one of Abe Adon's biggest supporters and one of several founding members of both Tyre and Tritech. So it should be no surprise that when Rollins Senior had a child, that child wasn't exactly outside the bounds of the family and company. From day one Chance Junior was determined to assist both his father and his Uncle Abe in keeping hold of the empire Adon had created and in keeping hold of the strangle hold they had with Tyre.

Chance's education centered around business, technology and manipulation. And he showed promise early on. Even though his family was fairly rich, Chance was encouraged to use his skills to get what he wanted or needed without having to resort to his parents money. He learned how to manipulate others around him. He called them his "Puppets". A choice word or suggestion. A carefully offered alternative. The procurement of information about someone else's endeavors. And a quiet mention that he knew what they did or had. And alot of people would do what you wanted in a heart beat. Through school, on into higher education and eventually into his adult life he refined this very same approach. by the time he left school, and started to apply his knowledge first in Tritech as an opening level technician, then a year later as a opening level Tyre moneymaker. his ability to glean information on potential marks, and victims allowed him to use people like puppets to get things done. the company needed a certain bit of technology? He could blackmail the holding company with information on their CEO and get the patent. Someone wasn't paying into the protection rackets that the Tyre agents were benevolently offering? He could find something on that person and play them likek a violin until they paid in.

Chance Rollins Jr. slowly very slowly made a name for himself, as someone you wanted to be careful around, and not to talk about your indiscretions when he was around. No matter how careful you think you are, he'd figure it out somehow. 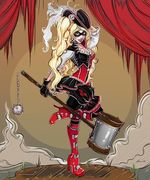 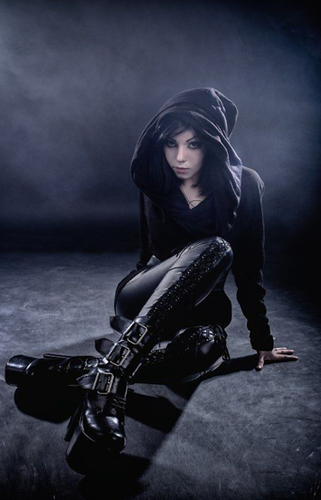 Bio:
Some time before the world went dark Amala graduated from University with a first in Bio-mechanics, specialising in horticulture and the natural world. Though she had the degree, she had no experience and so - with bills to pay- she took a job at a local coffee shop. Here she became a favourite of the regulars, her naturally easy going nature made her easy to get along with between the commuters and the locals.

When everything went wrong she was visiting the North island and it was not long after she was found by Maya... the rest, as they say, is history.