1141 posts
in 1576 days
Seen 1 day ago
Bio
Finally moved my nexus posts over to my character sheet for Dex. Now we're all gravy.
Hidden 2 yrs ago Post by Dervish
Raw —
GM

Bio
Quick announcement on my end, boyos and guhls, my parents are coming to visit for the next week or so so I will very likely not be able to write due to spending time with them/ my computer being located in the 2nd bedroom.

I'll still be available on Discord and stuff!
2x Thank

Bio
After about a month of deliberation, due to a lack of activity and interest, a change in my schedule and generally just lacking an interest in continuing dragging this RP out, I'm pulling the plug and focusing on a smaller number of games with more active and cohesive communities. GMing is something I've done constantly for six years, and I've reached the point where my time is valuable and I don't want to keep investing dozens of hours writing up OOCs, plots, NPCs, and trying to make something work that nobody's shown an interest in participating in for long stretches of time.

Thanks for the understanding, and I'll catch y'all later. Good luck with your future RP pursuits.
3x Thank

1141 posts
in 1576 days
Seen 1 day ago
Bio
Thanks everyone for the hardwork up till now, we’ll be seeing you in other rp’s and hanging about. We’ll leave the discord open for a bit but will eventually shut it down too, say a few days or at least until everyone has gotten the message.
1x Thank 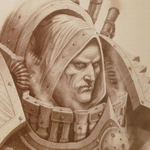 874 posts
in 2133 days
Seen 17 days ago
Don't have anything to add except for goodbye everyone. Maybe we'll see each other in another RP.
1x Thank

I too, hope to see y'all in another RP some day.
↑ Top