3880 posts
in 1586 days
Seen 2 hrs ago
Bio
@Calle Belated, but congrats on becoming a contest mod. I planned on giving it another try when you started your own contest in June.
1x Thank

In the past RPGC was done in two ways.

1: Entries were handled anonymously: they were either sent to the RPGC account or to the contest mod hosting the contest and then collected in an entries thread by a contest mod without adding their name.

2: Entries were not anonymously: they were posted in the thread and collecting in a new thread for voting.

I see upsides and downsides to both methods, so I am curious about what the general writing contest participant prefers. 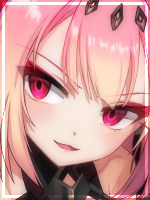 2286 posts
in 1384 days
Online
Bio
I feel like option number 2 is better, if only because it makes the contests feel more lively. A lot of people don't like to critique, so it can make the contest section look dead. I also think that when people see other people voting, it kind of encourages others to do the same. Only downside is that I know seeing other people's votes can influence how others vote. But at this stage, the contest section needs to do everything it can for that sweet sweet exposure.

@Calle By the way, Frizan use to have picture thumbnails for the contests above the status bar. If you tell me the dimensions, I can make one for you. Unless he'd rather do that himself of course.
Hidden 1 mo ago → 1 mo ago Post by Roach
Raw — 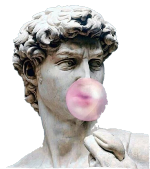 Bio 1 day ago
Correct me if I'm wrong, @BrokenPromise, but I think Calle wasn't talking about casting votes anonymously vs. publicly but rather whether the entries themselves should be PM'd then posted anonymously by the contest host.

I can't speak for other people, but I personally have no desire to enter a RPGC that does not have anonymised entries. Indeed, it was actually quite a big draw of the few that I joined back in 2016 that you could get helpful critiques without feeling obligated to respond to it in public, as no-one would be able to mention you in it. The atmosphere of constructive criticism was much more relaxed (compared to whatever tf happened in RPGC#23...) while still maintaining a decent number of entrants.

Furthermore, I believe having anonymised entries PM'd in and collected may well encourage more entrants than the current format. Right now, it seems people who may want to join may feel like they have to wait until the very last second until posting their entries in the thread so that they can continue tweaking, ensuring that nobody reads an 'unfinished' version of their work. It is a lot easier to just... not post at the end of it all? On the other hand, if they are PM'd in, a writer can continue to tweak pretty much up until the deadline in private, and have the grand reveal in the voting thread when it comes out.

I can see a downside, that being that a pre-deadline thread may look a bit emptier, but I think with frequent mod interaction and perhaps some encouragement to report in on your progress in the OOC, this could be mitigated.

In other words, @Calle, I think anonymous entries with public voting would be my preferred execution of the writing contests. So, Option 1.
Hidden 1 mo ago Post by BrokenPromise
Raw —

But does that change my point all that much? It's impossible to gauge how many people have taken interest in a contest without thread discussion. But I'd be okay with switching things up. I personally never felt compelled to answer back to someone when I've been mentioned. But lol at that flame war. That's a rather severe example, but maybe contestants do need protection from stuff like that.
1x Like

For sure – and not to be like 'ye olden days were better and everyone joined and we had 100 entries and and and'. RPGC's always had a... numbers problem. Lots of things have been tried to solve it. Not sure it'll ever have beefy turnouts even it was perfect.

Yeah, protections from that kind of flaming and shit-slinging would for sure be a bonus to bring in if it continues in the current form, without anonymity. Even if #23 was a fluke, which it thankfully seems to be, being pro-active in stopping this stuff rather than letting it run out would help.

I do, however, think a little anonymity for the entries would mitigate some innate bias against writers or critics, which may be worth giving it a test run.
1x Like

@BrokenPromise, the dimensions for images are: max 231 px wide and around 110px tall. If you could make something I would appreciate that.
Hidden 1 mo ago Post by BrokenPromise
Raw —

I can make the font bigger, but I thought it was less intrusive like that. Tell me what you think, or show me a sample image if you'd like to try something else.
1x Thank

Hidden 1 mo ago → 1 mo ago Post by SleepingSilence
Raw —

3880 posts
in 1586 days
Seen 2 hrs ago
Bio
@Calle Both of the options aren't exactly foolproof. Since friends of the writer can still vote for their friend's entry. And this particular space is still very limited in its user base. Though for anonymity's sake, which there's hardly a difference in all cases but one. That alone may be worth considering. I.E. The idea that you privately post your entry to the contest moderator. So they can post all the entries themselves, so the username of the work remains unknown to the readers and contestants who may review it.

So no biases can be either claimed, nor inflicted upon a user's work. Which might encourage more thorough and less shallow critiques of one's work. Say, if you don't like a user for whatever reason, and don't actually have much legitimate critique of their writing, that person therefore won't be able to make up criticisms that don't reflect the work. In contrast to having the names displayed, before the writing is even witnessed.
Hidden 1 mo ago Post by BrokenPromise
Raw —

2286 posts
in 1384 days
Online
Bio
But if we are going to go for the whole anonymous entries thing, there can be no point during the contest where the contestants can talk to the people who are voting. Consider it protection for the voters. We'll also have to put a stop to reoccurring characters, like how the bard Mikhal appears in quite a few of Calle's stories. She might as well announce it's her work if he shows up.
Hidden 1 mo ago Post by Salenea
Raw —

Member Seen 21 hrs ago
Salenea
Gatewatcher
216 posts
in 1059 days
Seen 21 hrs ago
Both options have their pros and cons.
Anonymously has as advantages an example I that it might be less frightening to enter because no one can see it. A disadvantage is that you can't see if anyone is entering. You might think you are the only one working on a story and that might work discouraging.

If the contest mod were to actively keep track and post when an entry is submitted on the prompt&entry thread everyone would know that people are entering, how many stories there and that it is an active contest. Then I think anonymously would loose a major con, making it the better of the two options.

Not knowing who you write your feedback for or who you vote for does seems to me to be a more honest and unbiased way of feedback.

Bio 1 day ago
I mean, there's no real need to put a stop to reoccurring characters even if entries are anonymous.

When it was done before, it wasn't enforced anonymity. In the past when it was done this way, folks who submitted entries regularly and/or who voted often pretty much knew who's who from writing style alone. I also believe the option was there to put your name on it from the get-go. Some people did, others didn't, but all were submitted in the same way, in PMs.

The main purpose of anonymity would be to make it less intimidating to enter for new folk and shy folk, since friends voting for friends was never a problem in the history of RPGC, afaik. Reducing a lil bit of bias would be more of a happy side-effect.
1x Like

We'll also have to put a stop to reoccurring characters, like how the bard Mikhal appears in quite a few of Calle's stories. She might as well announce it's her work if he shows up.

I'll just have to be very clever about it. I could write about a bard with a lyre called... Marc and his grumpy friend... Joshua. Foolproof, no-one would notice! :P

But @Roach makes a good point. Back when mdk and RomanAria hosted these contests, people could specify if they wanted the entry labelled with their name or remain anonymous. It seemed to work well back then. I often let my name be mentioned, most of the time because I was writing about a character I had used before and people would know which story was mine anyway.

When allowing contestants to vote and review, it's will become clear fairly soon who wrote what entry, unless everyone will write a mock-review of their own work too.

Also, @BrokenPromise, I love the image. Thank you very much.

2286 posts
in 1384 days
Online
Bio
I was half joking. But fair point. If the concern is just "new/shy" contestants that should work.

Though I feel that the voters are the frail ones in this particular instance. It's been a while, but I can't remember many contests where the number of voters surpassed the contestants. the only exception is the few times contestants were allowed to vote. That's something I'd like to see change.
1x Like

Contest Mod
914 posts
in 2344 days
Seen 4 hrs ago
Bio
That is true. It would be nice to see more people voting.

I'll see what I can do about that.
Hidden 1 mo ago Post by Hedgehawk
Raw —

Moderator
439 posts
in 1486 days
Online
Bio
I think you might be looking at the problem the wrong way around. If you want to increase the number of voters, make the voting anonymous. There have been many a contest where I haven't voted, simply because that meant I had to publicly announce who my favorite was. In doing that I felt like I was taking sides in an argument and the people I didn't vote for would dislike me. PM voting would be an easy way to solve it.

Sadly. You will never come up with a system to defeat friend voting blocks. Even RL Politics hasn't figured that one out.
1x Like

Member Seen 21 hrs ago
Salenea
Gatewatcher
216 posts
in 1059 days
Seen 21 hrs ago
If the voting would be annonymous too I think it might be good to at least update that votes have been cast so people will know at least something is going on.
Or do both, those that don't mind doing it publicly can do so, those that don't want to can do it in pm?
Hidden 1 mo ago Post by Calle
Raw —

Allowing both anonymous and named entries is in line with how RPGC's were done in the past and I'm going to return to that.

For voting this would be a first, but I like the idea of allowing both public votes and anonymous votes.

Also, contestants are allowed, and encouraged, to review the other works and give their vote too. But I'll see if I can find some people who don't like to write short stories but love to read and who would love to help out with voting.
↑ Top