Likes (other than writing and roleplaying): I'm into all genres of music. I love to cook. I love the outdoors, and walking through the park near my house. (Yes, really.) I read a lot of thriller/mystery novels. And I usually watch seasonal anime. (Or cooking shows. Because Western Media provides even fewer things that are worth watching.)

But as for my many other neglected hobbies, I've played basically every sport. (Soccer and Bowling being my favorite of the bunch.) And I'm trying to play more video games. (Going through my never-ending Steam library.) Plus, I've dabbled in making electronic & metal music, and I used to play a number of instruments. (Guitar, French Horn, etc.)

Hope you have a wonderful day! 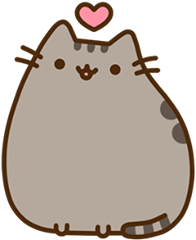 In Current Mood in One Gif → 2 days ago Forum: Off-Topic Discussion

Bluelock's anime was clearly meant to get people interested in the Manga. (And I played a lot of Soccer back in the day.) So I gave it a shot, and I think the manga is perfectly readable. But its narrative twists and turns to be different from other typical sports anime become really predictable, and it's not a very engaging in the long run.

Kaiju No.8 has a premise that I adore and it starts off quite strong. But I feel like the story is meandering along, after the MC revealed his identity and endured no consequences for it.

Nomads is an "adventure" Webtoon that has a lot of decent comedic timing and a fun premise that it honestly doesn't do a whole lot with. But I suppose that's due to the slice of life/modern cartoon approach to its plot.
In Questions and Answers → 4 days ago Forum: Spam Forum
I assume the question is 'do you think that you're a good spontaneous gift giver, or do you give gifts based on information and what you believe people want'. And I definitely fall into the latter. I've ended up getting last minute gifts for the past two years, because I have no earthly clue what to give my family sometimes. Since most of them are quite difficult to shop for. And the ones who aren't, are also harder to please.

(I know it's early. But I already have my New Year's Resolutions in mind and in progress.) What are your New Year's Resolutions?
In Video Games: The General Discussion & Community Thread Number Two → 14 days ago Forum: Off-Topic Discussion
Nearly everything on my Steam wishlist is on sale. But I don't want to spend any more money. Yet I am unlikely to resist such a temptation. ;-;

Grime continues to have little bright spots that make me endure the frustrating moments. But I've died more from bugs in these terrible platforming sections, than I've lost to bosses (the actual challenge/fun part of the game). So I have a feeling that I'll put this a tier below Blasphemous, when all is said and done. We'll see...
In Video Games: The General Discussion & Community Thread Number Two → 18 days ago Forum: Off-Topic Discussion
Feelings of "Grime" thus far:


So, all in all, I'm enjoying my time with it and I'm going to play more tomorrow. (Though the announced DLC for the game was delayed. And I can only imagine that it's partially due to the still-present bugs.)

I seem to keep avoiding purchasing games that turn into controversy landmines. I.E: Disco Communism's developers being pushed out of the company for their 'toxic/harassing behavior'. Or this current Doom Eternal/Bethesda thing, with them not fully paying the guy that made their soundtrack.

And speaking of avoiding purchasing something. GameFreak needs to stop pushing out clearly unfinished sh*t (that gets defended by its fans anyway) at some point, right?
In What shows/movies are you watching? → 21 days ago Forum: Off-Topic Discussion
(Double post and you can't stop me.)

Because a youtuber claimed that he liked it, and I was bored.

Just Add Magic is better than I expected it to be. The first season is actually pretty well written “for a kids show” in that there’s plenty of reincorporation and serialized storytelling. (More so than most ‘adult entertainment’ I’ve seen recently.) The weak parts (like catchphrases) are ironed out quickly. (Episode 1 and done for that example.) Main characters are all flawed and likable. (And the trope “dumb male” characters aren’t used often.) There’s a handful of amusing lines throughout, and it’s ‘watchable’ in how each episode tends to leave on another mystery or cliffhanger. And even the “we need a happy ending” deus ex machina that it ends on, is done in a way that makes perfect sense for the story that it’s telling.

Season Two is twice as long, and is divided into two separate arcs/antagonists. Both attempting to do something different, and are equally creative in how much it attempts to build/expand on the simple concept that it has. However, that requires a lot of plot convenience and contrivances to make the story happen. Like the characters fucking time travel in episode two ‘because reasons’, only to realize in the end that they can never do it again. Womp womp. (So it tries to add depth to the characters instead. To its credit.) But each also concludes abruptly and less successfully each time. (In that the last minute solution/happy ending feels less earned.) The 2nd half of its season being a pretty obvious and drawn out whodunit plot.
Other shows that I attempted to watch an episode of:

The Peripheral: Just watch Cyberpunk Edgerunners, if you want obvious preachy sci-fi. This is insufferable. Can’t even get past the first fifteen minutes of every cliche you can think of, thrown into a show that you can already tell put no thought into its worldbuilding.

The Devil’s Hour: Incredibly tropey and dull first episode. And someone really needs to tell filmmakers that “weird kids” aren’t scary or compelling.

Gangs Of London: I wish it was as cheesy and implausible as its opening scene throughout. But it was a pretty unremarkable and sloppily written introduction to your “super gritty action show”.

Weird: The Al Yankovic Story: (I really wanted to like this. But I kind of stopped an hour into it.) This reminds me of those ‘Nostalgia Critic’ movies. Where the best parts are when it's mean spirited, and the majority of it is “references”.
In What Are You Listening To? → 23 days ago Forum: Off-Topic Discussion

Wanted to know why I never heard of these guys before, and then I tried another song from them and realized immediately. But hey, this is catchy at least...
In Post a random fact about yourself. → 28 days ago Forum: Spam Forum
October was a mixed bag of fun moments and a lot of stress. But I had more kids/families come to my house this Halloween, so I ended up with just enough candy for everyone. (And I also decorated in the middle of giving out treats. Procrastination at its finest.)

Can't tell you if this month will be better. Though I got a splinter on my thumb that I couldn't remove today. Yay. Tomorrow is going to be fun.