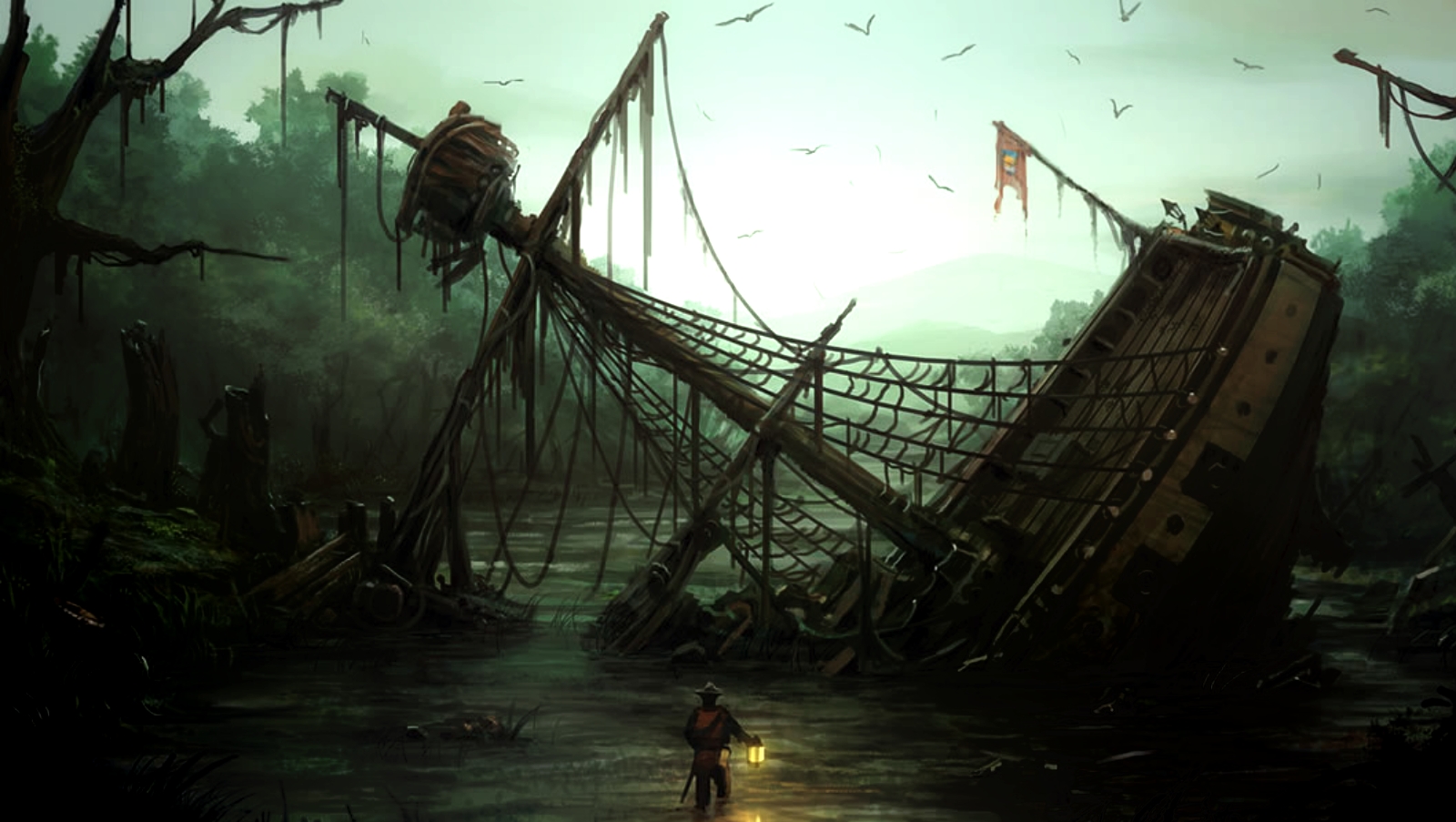 It is the seagulls that wake you up. The cheeky birds sound like they are laughing at you and your misfortune. The air around is salty and you feel you are drenched to the bone. Opening your eyes, you see a storm breaking up in the skies above. Looking around, you gather you are on a beach, and if the wreck of the ship nearby is any indication, you have not arrived to your destination. You wonder if you are the only one the sea spat out alive.

Searching around, you only find the items you had on you the other day. For a second you eyeball the remains of the ship and wonder if more of your stuff may have survived the ship shattering on the nearby cliff, before a column of smoke rising from the cliffs above catches your eye.

What will you do?
Game overview
Marooned is a classic fantasy set in original world. The game is intended to be post-by-post, with some tabletop mechanics in the background handled by the GMs. Unlike most guild RPs, Marooned has a map with locations that have prepared scenarios that will be ran by the GMs for the players to interact with. The scenarios have progressive difficulty and are built with multiple possible endings to the game.

That said, the game is built to last a relatively short time in hope to avoid dying and dropouts, leaving plenty of possible sequels based on which ending is reached if the player base remains interested.
Mechanics
Map

The game area is set on a map that will be revealed as the characters explore and travel. If the characters split up, GMs will create personalised maps for each unless they decide to share with the other characters in-game.

Scenarios are special parts of the game map that have special story, rewards and NPCs that will provide advantages to those that find them. Some scenarios will be repeatable to facilitate resource gathering and opportunities for the characters to sharpen their abilities.

In certain areas of the map, NPCs may be encountered to assign additional quests, trade items and services or provide advice and aid to the player characters. The characters’ actions will have an impact on their reputation with them, which will affect the services offered to the given character and may even open up a different ending.

The characters can find different materials in scenarios and trade them between each other and with NPCs. There is a recipe system created for the game, and players can invent them in two ways - experimenting with the materials, or asking a GM for the end result to be provided a list of components.

Basic magic, available to every character, works by combining runes to get the desired effect. Much like crafting, you may ask a GM for the runes required for a spell or a list of runes known by your character to create the desired spell yourself, or simply attempt to activate a random sequence of runes to see what happens. Advanced magic, available to well-practiced mages, does not rely on runes to cast.

Each of the playable races - Demons, Dwarves, Elves, Fairies and Humans - has traits that impact your character’s abilities, working to your advantage or disadvantage in situations from combat to exploration to interacting with other characters.

There are other races wandering the world, that will be subject to individual scrutiny by the GMs should you wish to play them.

Take a little poll to help us do better!
Hidden 3 mos ago Post by Heyitsjiwon
Raw —

1929 posts
in 2200 days
Seen 1 mo ago
We hope so, it will be a bit of an experiment. I'm hoping for at least one more person to have the party somewhat decently sized without multiple characters per player, so if you know anyone pass a recommendation :)
Hidden 3 mos ago Post by Heyitsjiwon
Raw —

387 posts
in 1810 days
Seen 3 hrs ago
Hi, great to have you. There'll be more information in the OOC proper (once we figure out how to make it look less like homework and more like something that's supposed to be fun) but if you have any questions now we'll be happy to answer.
Hidden 3 mos ago Post by Gunther
Raw —

1925 posts
in 2189 days
Online
Bio
Interested. I am OK with homework. I have some concepts for RPs that require a certain level of research and gaming mechanics involving DRMs and d20 rolls.
Hidden 3 mos ago Post by FiroIV
Raw — 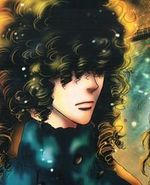 1059 posts
in 2198 days
Seen 2 mos ago
This is very interesting and seems more like a tightly run story/game/rp than others, should it get off the ground
Hidden 3 mos ago Post by Starlance
Raw —