The Fading Light of V'landriel 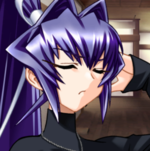 A long time ago, a golden age prevailed in the world of V’landriel. Adventurers traveled across the realms, and from them arose great heroes. Mighty and ancient races clashed on the battlefield, elves and dwarves, humans and orcs, halflings and ogres alike. Brotherhoods were forged, and many quests for the destiny of kings and peoples were undertaken. All who lived in this time knew it was an age of glory. Honour was found in arms and service as knights, in wizardry and mastery of powerful magicks, in communion with nature and spirits. Many names reside still in the books of lore of the great and mighty.

When a golden age such as that passes, when its luster begins to fade, how does the world move on? What, indeed, is the bravery of heroes worth in an age where it is set against the swift, cold, and merciless delivery of mechanized death? 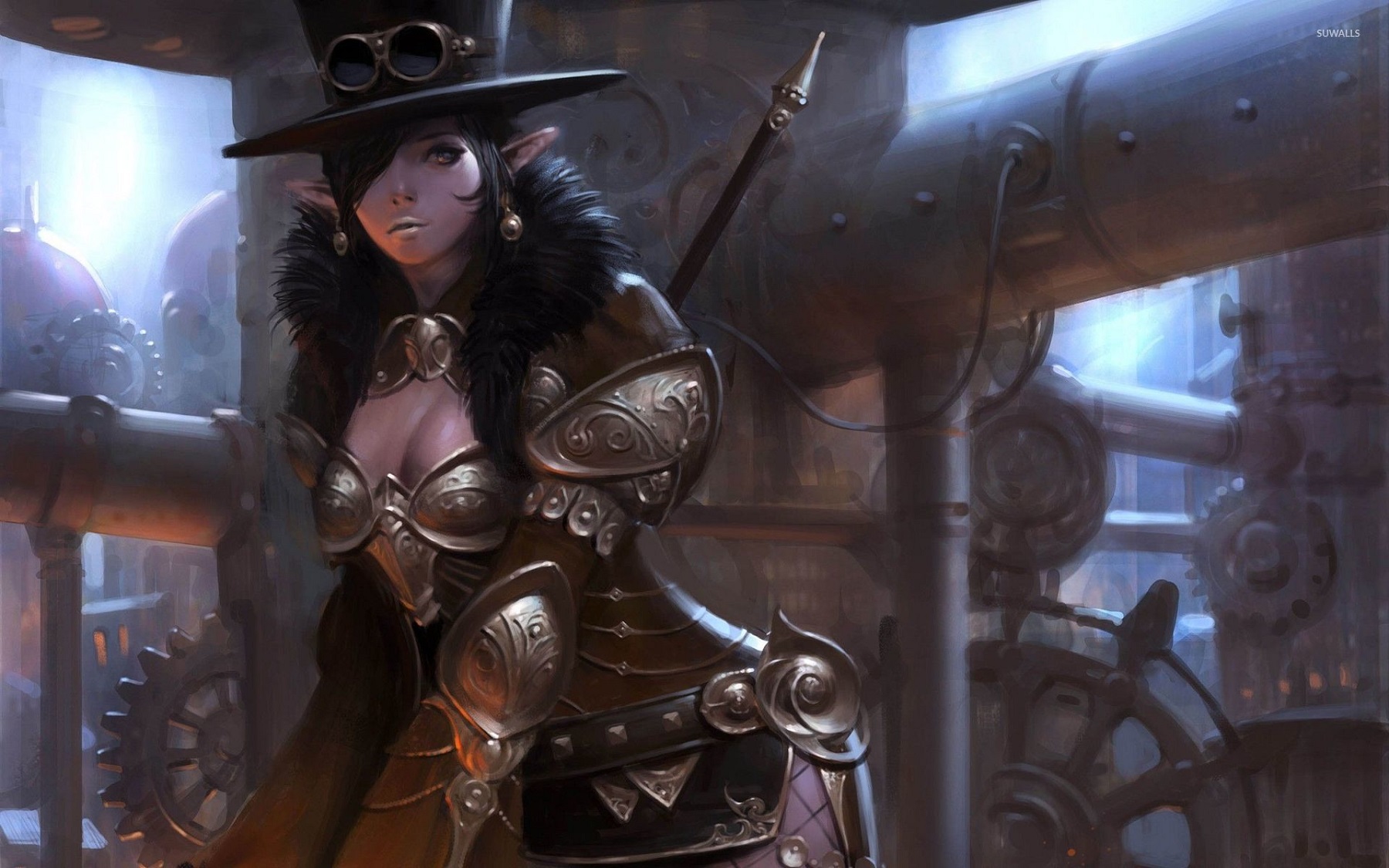 Greetings and welcome to the world of V’landriel, your stereotypical generic high fantasy setting… taken seven hundred years in the future, taken to a grim, dark mockery of what it once resembled. Most of the known world is ruled by the Imperial Yllendyr Sovereignty, a jingoist, nationalist dark elf empire which has enslaved millions of individuals belonging to other, “inferior” races, with the remaining parts embattled in futile resistance. Is it possible to rekindle the dying light of a world descending inevitably into dystopia?

This RP will function as a dual/hybrid system of both nation and group/individual RP. I, as the controller of the Imperium, will essentially function as the canvas on which most of the RP takes place, and guide the RP’s major events and plotline. There will be a number of other people, already involved in the RP, also controlling regions or nations of the RP, and those people will be the effective GMs and arbiters of lore in those areas. Finally you, the new reader, are invited to join and enrich this world as either an individual or an organization anywhere within it, in consultation with the person managing that area. Feel free to let me know where you’re interested in.

So far, this RP has a work-in-progress comprehensive lore resource, the Encyclopedia of the World of V’landriel, which will be updated and filled to completion before the RP’s official start date. Take a look at the public copy here to get acquainted with the world:

Note: This document is a little intimidating, but it has an outline, please make sure you open it under the View tab. That makes navigating it considerably easier as you can instantly click to move to any particular nation of interest. I'm the only person who has to read all of it, if you're RPing, you probably only have to know about your particular region!

Note for Magic: This RP uses a slightly unique magic system essentially based around elemental magic.
Mages of each type can only manipulate the physical world in that element. There is also a fifth element of mage. Mind mages are able to access other creatures’ minds, and perform feats such as telepathy and vision through and control of animals and low-intelligence sentient beings such as goblins, etc. Each species will have an alignment towards one of the five elements, and that will be specified under each species or national data. The alignment means most individuals of that species that can use magic will be able to use that type of magic, but not all. Mages are a small proportion of the population, perhaps 1/1000 for most races and 1/250 for most elves (but elves have a higher proportion of mages with limited or little abilities). Finally, magic should not be extremely overpowered, as technology has more or less usurped its role in this universe.

1. Obvious stuff. No godmodding, no powerplaying (beyond a healthy interest in your character/organization's welfare), generally follow the spirit of the RP and be courteous to your fellow RPers.
2. Time. So time in this RP will pass at a fixed rate of one month per two IRL weeks, unless agreed upon to skip forward to the next month. This means the first two weeks are February, the third and fourth weeks are March, and so on. During the two-week intervals, however, you should be free to explore the events of that month on whatever pace you deem fit. You could talk about what happens on the 2nd and what happens on the 31st all in the same post. You are free to do as many flashbacks as you like as well to previous months. As long as it's consistent with your neighbors and people you're interacting with. The time is set that way to allow you freedom of creativity while still having a fixed passage that’s easy to understand. If you miss posts during a month, you’ll just have to catch up by posting about events during that month, but don’t expect people to change past events or posts to accomodate you.
3. Posting rate. Please follow the general rule of allowing two or three people to post before you before you post again for a second time. If you want to do dialogue back-and-forth, try to consult with the player and post the whole conversation as a co-op post.
4. Deal with the prospect of separatism, revolution, and the repressive government seriously. Your organization/individual should *not* simply be able to overthrow Imperial control in a single or a few posts or totally evade any sort of difficulty with them, there should be a duration of time that it takes to be able to overcome that kind of resistance.

If you've read this far, I greatly appreciate it and hope you'll sign up for this RP and help to build a very unique fantasy world along with our already dedicated group!

Major credit to Voltus_Ventus and Willy Vereb for ideas that went into the making of this RP.

There is a Discord for this RP, if you are interested, PM me or drop a message in the OOC and I'll PM you one. We conduct a great deal of our discussion there.
Hidden 2 mos ago Post by Meiyuuhi
Raw —
OP

793 posts
in 2258 days
Seen 1 day ago
The above post is the new RP I'm excited to debut as soon as I can in either the Casual or Advanced RP sections, I haven't decided yet. Please drop a post here or DM me if you're interested in participating, have any suggestions or comments, or just want to know more!

Sincerely to all who read this,
Meiyuuhi
Hidden 2 mos ago Post by Jamesyco
Raw —

200 posts
in 413 days
Online
and what species are available by chance?
Hidden 2 mos ago Post by Meiyuuhi
Raw —
OP

793 posts
in 2258 days
Seen 1 day ago
PMed you. And the species are listed under each nation in the Encyclopedia, generally. But for a quick answer, pretty much anything you can think of in a stereotypical fantasy setting is here: humans, dwarves, elves (several varieties), orcs, as well as a few more fantastical unique ones we've created, for example Valkyrians (half-bird half-humans) and Vaspen (wolf humanoids).
Hidden 2 mos ago Post by WanderingDragon
Raw —

Member Seen 1 day ago
WanderingDragon
137 posts
in 2147 days
Seen 1 day ago
I'm actually working on a Half-Dark Elf (Or Half-Dusk Elf as his canon would call him), who'd both ways totally fit into this universe and not fit in. How would you feel about cross-dimensional shenanigans bringing him to this world? If not, I might be able to try adapting him to the setting, but there's certain things that are integral to his character that might have be altered or outright gotten rid of.
Hidden 2 mos ago Post by Ever Faithful
Raw — 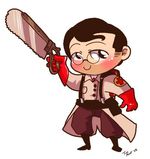 51 posts
in 566 days
Seen 2 days ago
Well, this was quite the surprise to see. I'm intrigued on how you're gonna explore this world. Though, wouldn't it be more your playstyle to put this in advance interest checks?
Hidden 2 mos ago → 2 mos ago Post by Meiyuuhi
Raw —
OP

I'm actually working on a Half-Dark Elf (Or Half-Dusk Elf as his canon would call him), who'd both ways totally fit into this universe and not fit in. How would you feel about cross-dimensional shenanigans bringing him to this world? If not, I might be able to try adapting him to the setting, but there's certain things that are integral to his character that might have be altered or outright gotten rid of.

We can probably work something out, though after further consultation with the other RPers I feel like it would probably be a little out of place in the setting to have that sort of thing. I find personally it's better to create a new character to the setting rather than try to force-adapt one.

I felt that casual would attract more people. Plus I'm not that strict on amount of content for character RP.
Hidden 2 mos ago Post by Sigma
Raw — 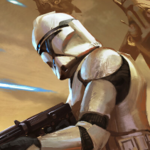 2298 posts
in 2321 days
Seen 1 day ago
I would have to agree. I feel the idea might not clash too well with the setting. Sorry about that.
Hidden 2 mos ago Post by Plank Sinatra
Raw —

Plank Sinatra here we go again with this psychopath bitch

1416 posts
in 1880 days
Seen 39 min ago
This is a LOT to get into by the looks of the compendium, but I have nothing but love in my heart for fellow lore nerds. I'd be interested in this.
Hidden 2 mos ago Post by Meiyuuhi
Raw —
OP

This is a LOT to get into by the looks of the compendium, but I have nothing but love in my heart for fellow lore nerds. I'd be interested in this.

Yup, the compendium is a lot, but I should definitely emphasize that for the purposes of individual or organization RP, the only thing that really matters is the Imperium as a whole and your immediate national surroundings. There's a lot of extra fluff on a lot of extra regions, most of it which you will probably never have to read unless you want to RP there.

And yes, we're all absolute nerds. PMed you a discord invite!
1x Like

793 posts
in 2258 days
Seen 1 day ago
Put the official RP up. Anyone who was interested here is welcome to come post over there!

2298 posts
in 2321 days
Seen 1 day ago
Come on folks! It'll be a great time! And don't feel too intimidated by the encyclopedia.
Hidden 1 mo ago Post by Sigma
Raw —