[IC] One Piece: Dreams of Paradise 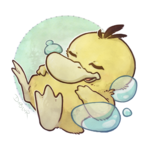 854 posts
in 1508 days
Seen 1 day ago
Bio
The evening sun waned against the marble rimmed harbour of Puerto Arguin. Magpies flew back to their forests in fluttery flocks, as the vendors of the island began to close shop and wares to call it a day. Few of those magpies flew along the ruins of the collapsed church, Aposta Meduse. The autumn wind carries an ominous chill as it rustles the coast, the last stretch of wind flutters the flags of Argin Castle. Nobody would expect that such a small island to be the starting point where the Balance of the World and Powers would start to teeter. It begins at the Inn of Old Dread, the first gleam of moonlight wrinkled the clear glass windows, towards a group of pirates, unaware of the fate and the oncoming tides of the Great Sea.

A woman of grey cloak entered the inn. Short for a figure to be wearing such a cape, but she gazed at the list of bounty posters among the inn's notice board. Numbers that are higher than those the Pirate Captain was used to. Even the lowest of the Board would be considered a notorious pirate had it been in East Blue. The 'Cutthroat' Roarn Evans and Ezequiel's were amongst the list. None of those weren't of the poster she was looking for.

Alesia found herself bringing her dagger towards an old, browning wanted poster. All there was silence as the glass of the display plague shimmered into pieces. The Name, Face and Bounty of the enemy, Rel'chunk, one with a former bounty of two hundred and ten million, eight hundred thousand berries.

Alesia’s cloak carries a few bloodstains, as she announced, ”We, the Scarlet Pirates are recruiting, and we are taking down this man’s head!”
Hidden 1 day ago Post by BladeSS4
Raw —

The cloaked the pirate captain's declaration has been noticed in the tavern. A cloaked individual with his head and hands covered perked his head up and looked at the pirate captain. Without much more the cloaked figure approaches the scarlet haired captain. The cloaked man moved around like his cloak was very much hindering his movement, but he made his way. He gets a closer look at the wanted poster.

The cloaked man spoke, his voice muffled a bit by the cloak covering his face, but also sounding a bit garbled like tone "So you are recruiting to take this man's head? Two hundred and ten million beri bounty that is quite a number on a target of yours. Is this a case of a little fish trying to eat a big fish I wonder? I know not of who this man is nor do I care, you say you are the Scarlet Pirates and that is all I care about. Pirates here on the grand line, often all have the same goals, but I don't dare assume you are the same as other pirates who enter these waters, but I must know once you take this man's head will you sail off and continue your path down the grand line?" The cloaked figured spoke to Alesia but didn't once remove his cloak or any part of his covered body show.

The man continues talking getting to his point, "If you are, then you are a way to further my own goals. I want to sail across these seas and reach a destination farther down on the grand line. So if I join your crew in taking this man's head will you continue your journey so I may go to where my goals lie?"

Putting his hand on the table as to lean on it as he waits for his question to be answered. His hand accidentally slide out from the cloak revealed a webbed like hand but is demeanor doesn't change once he stands there.

Sitting at the bar was a member of the scarlet pirates with his head against the bar with a few empty bottles surrounding his head. He looked like he was drunkenly pasted out at the bar but this was all fake. He appeared to be out cold, but he was listening and watching his captain looking at everyone who would approach her.

Bakuto the living dragon, it wasn't too long ago he just punched and toppled a church to try and stop this man who the captain wanted to hunt down. He dropped a whole church on him and yet Rel'chunk walked away from it unscathed. The holder of a devil fruit, that gives him logia type powers. Both himself and his captain also had devil fruits but yet didn't have anything that could harm this opponent. He could turn into mist and escape any damage.

Here he was in a tavern that he promised not to burn down this time to keep guard as his captain recruit people who are going to join up. Bakuto couldn't help but wonder if anyone would actually step up to face someone with a bounty of that size. The marines gave higher bounties to the more dangerous pirates.

Seeing a cloaked figure approach the captain made Bakuto feel very uneasy. He kept watch carefully but decided not to act just yet. It would blow his whole unconscious drunk act if he sprang up at the first moment someone came up to accept Aleisa's recruitment offer. So he watched and waited to see what will happen.