STATUS: Damn just remembered Barkley 2 is never going to come out. 3 mos ago 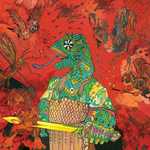 3 mos ago
Current Damn just remembered Barkley 2 is never going to come out.
7 mos ago
I wish the rise preorder had an option to pay extra to get sunbreak when it comes out
8 mos ago
Yeah cuz all the modders fix your shit up in between all the anime titty mods
2 likes
9 mos ago
If you don’t rock and stone, you ain’t coming home!
10 mos ago
kanye trolling everyone with this wait

In The Five Senses → 2 mos ago Forum: Casual Roleplay
It was a couple of nerve-wracking minutes watching Týfurkh being escorted into the repurposed inn. The ruse being discovered prematurely worried him as not only would an ally be killed, but then they would have lost their element of surprise and be forced to fight a horde of cultists. Not only that, but there was at least one Sightless that they had spotted, and likely a handful more. He could feel his nervous energy running through him like electricity as they stood there. Jen would try and steel himself as he took breaths to calm down and stood there quietly waiting. Nothing else could be done, they had selected their plan and now they needed to see if it would work. All he could is wait and take advantage of this pause to rest some more.

Eventually the fake mob rallied a real one, and the soldier with the signal appeared. It was time to strike! "Agreed. Now do we beeline it to the basement or should one of us try and help find Týfurkh's gear? I can't imagine it's going to be conveniently placed for him to retrieve it." He said as he took to their rear, letting Chres and Karina act as the vanguard.
In I've discovered Deadlands → 2 mos ago Forum: Roleplaying Discussion
I forgot for clarification it just savage worlds itself. The deadlands products at the time would have been noir I think and reloaded. The new version is years later from when I last played. But like reloaded is just savage worlds with deadlands specific edges and hindrances.

As for bennies I'd say it probably was just GM not nearly being as loose with bennies earning especially when it came to fights with wildcard enemies. Despite savage worlds being fast in combat, it definitely drags when you're not able to land a decent blow and are either whiffing or doing chip damage because you're out of bennies to empower your action or you're holding onto the last one in case you do take too much damage on a good hit.

Maybe there's some changes to the combat in the newer edition tightens up the combat in that regard. I don't know I haven't read up on the changes from like the Explorer's edition deluxe to adventurer.
In I've discovered Deadlands → 2 mos ago Forum: Roleplaying Discussion
I'd say maybe lean into savage worlds, if only because OG deadlands is a product of its time, being influenced by white wolf games whichs means there's most likely gonna be some wonky math and it's going to be overly precious over its metaplot and NPCS tied to it. Plus, game design trends have like evolved over the years so there's gonna be stuff that's just kinda outmoded.

Not to say savage world is perfect, as it has its flaws and quirks. I don't if they resolved in like whatever edition they're currently using, but it involves combat, damage, and benny flow. Savage worlds has a pronounced death spiral, every time you get wounded you acquire more and more penalties to rolls and depending on how bad the hit is you can gain multiple in one go.

On one hand high level antagonists in a fight can be annoying to fight as they will either evade your hit or tank damage. So you can have rounds that are like whiff-fests or just chipping away at the enemy and slowly stacking those penalties until the fights easier and or via bennies or natural luck a player gets that one good hit that turns the table.

And when you do that it's pretty gratifying to finally crack that tough shell and lay into them. And it makes sense in terms of being a way to model exhaustion and getting too tired/hurt to keep fighting well. Which works for settings where the characters aren't like superheroes or it's like an action movie where the protags should be mowing through dudes until they meet the antagonist or one of the heavies.

But on the receiving end it can be painful and frustrating if you're the guy who's blessed by poor luck. Especially when fighting like a boss or mid-boss type as their numbers will be high enough that if you take even a moderately bad hit in the beginning not only are you that much closer to getting ko'd, it's only going to be more difficult to participate as you'll get worse on defense and offense. And also each penalty makes it that much easier to get a crit since it's based on reaching a certain difference between the two rolls.

Bennies besides letting you influence the story with them as a player have a bunch of combat utility to them. The pertinent ones being rerolls, negating wounds, and breaking the shaken status. They keep combat manageable, but the issue is GMs being stingy and running out. Cuz while you have like certain guidelines of what would earn a benny, ultimately it falls to the GM. And going without them for a bit can feel bad, as it just turns into a slog. Also the GM gets their own bennies, and it's fun to do Yu-gi-oh reverse trap card stuff with being spent to counter each other. So keep them flowing and you should be fine.

I haven't played OG Deadlands and it's been while since I read the rules so like I don't remember how durable characters feel there. Also, my experience was with explorer's edition and I got no clue what's the current version being used for the game line. So maybe the characters are a little less brittle when benniless in combat.

"I agree. So do we want to get straight to negotiations or do we some time to think?" Marco would reply.

He would show no response to the scraping of the door as the realtor struggled to pull it open. Although his soul, it was cringing with pain at the sight and sound. That was definitely one, of the undoubtedly many things, to note for fixing. The inside of this thing was pretty damn shabby. Although the poor state it was in wasn't terribly surprising given how long in vacancy it had been under. There was however something charming or at least the idea of it being charming to having their HQ having, the kitchen and bar component. The idea of being to screw around with the deep fryer and maybe even getting the taps working again was pretty damn cool.

Marco would return to reality promptly once Dave spoke up. Right, they were playing with a bunch of very fancy and potentially catastrophic equipment. Making sure they could have their stuff safely stored was necessary, although given the original Ghostbusters building was in some old firehouse, he wondered what was the threshold for it being "good enough".

"Hmm, you make a good point. We're playing with a bunch of a gizmos that could backfire spectacularly and the last thing we want is drawing the city or state's ire. Speaking about the containment unit, do you remember the recommendations for where to install that thing? Anyway, I'm thinking we should see the other two floors and maybe the kitchen before giving a judgement. " Marco would say.

Sure thing
In Who you gonna call? [Ghostbusters: A Frightfully Cheerful Roleplaying Game] → 4 mos ago Forum: Tabletop Roleplay
I've checked the rules and I can confirm six is when things get interesting. Anyway for the roll I'm going with fast talk? Since he's just speaking a lot for the sake of like overwhelming and or grabbing his attention away from the camera.
© 2007-2017
BBCode Cheatsheet