» I view myself as somewhere in between a Casual to Advance level writer and have been interested in Roleplaying since about 2014.
» My work, personal schedule, and moderating duties can be quite irregular, varying my replies from daily to only a couple times a week.
» Any pairings will either be M/F or F/F with a preference for a partner who is willing to play a female role.
◈ ◈ ◈
Ａ Ｔ Ｔ Ｒ Ｉ Ｂ Ｕ Ｔ Ｅ Ｓ Ｉ Ｗ Ｏ Ｕ Ｌ Ｄ Ｌ Ｉ Ｋ Ｅ Ｉ Ｎ Ｍ Ｙ Ｐ Ａ Ｒ Ｔ Ｎ Ｅ Ｒ
» Someone who is a reliable 'Casual to Advanced' level Roleplayer.
(A few paragraphs minimum, and must understand the basics of grammar and spelling)
» Someone who is willing to talk, plan, have a joke, and chat in the OOC.
(I believe that talking regularly to my partner is just as important as the Roleplay itself)
» A player comfortable with swearing, violence and a variety of other adult themes, including smut.
(I only accept 18+ players)
» An active and engaging player.
(I do not wish to carry the story for someone)
» The courtesy to inform me if you would like to drop out at any point for whatever reason.
(I view Roleplaying as a fleeting hobby and completely understand when it must be put aside for other commitments)
Ｇ Ｅ Ｎ Ｒ Ｅ Ｓ / Ｔ Ｈ Ｅ Ｍ Ｅ Ｓ Ｉ Ｅ Ｎ Ｊ Ｏ Ｙ
I know there are many more genres and themes that I can't really list off the top of my head, so if you're unsure about something just ask, and I'll tell you how I feel about it.

» Science Fiction
(Cyberpunk, Genetics, Futuristic Technology, Space, Aliens)
» Dystopian
(Collapse of Society, Post Apocalyptic Worlds, Survival, Nuclear Winters)
» Modern
(Any time frame from the 80's onwards generally)
» Dark Fantasy
(Monsters, Demons, Witches, Curses, Magical Weaponry)
» Superpowers
(Genetic Mutations, Super Gadgets, Heroes and Villains)
» Mature Themes
(All the good stuff that warrants an 18+ tag)
Ｇ Ｅ Ｎ Ｒ Ｅ Ｓ / Ｔ Ｈ Ｅ Ｍ Ｅ Ｓ Ｉ ' Ｍ Ｃ Ａ Ｕ Ｔ Ｉ Ｏ Ｕ Ｓ Ａ Ｂ Ｏ Ｕ Ｔ
These are only an indication on what type of themes I am somewhat cautious about. It does not mean I will offer a blanket no answer for them as given the right story and player I will be happy to participate in a large variety of roleplays, however these genres aren't my strong points.

» Medieval
(I can find them daunting and difficult to write as it's not a genre I tend to read up about)
» Highschool
(Teen romances and classroom shenanigans don't interest me)
◈ ◈ ◈
Ｓ Ａ Ｍ Ｐ Ｌ Ｅ Ｐ Ｌ Ｏ Ｔ / Ｔ Ｈ Ｅ Ｍ Ｅ Ｉ Ｄ Ｅ Ａ Ｓ
The list below details a small collection of sample ideas and themes that I would like to possibly explore. Typically speaking I don't want to populate this section with too much content as there may be some people who will view these as my only available roleplay choices. If you do have an idea or theme for a roleplay and wish to discuss it then please send me a PM.

The number of stars (★) will indicate my current level of interest.
(1=Low, 2=Medium, 3=High, 4=NEED NOW)
» A Japanese Mythological Adventure
ROLEPLAY STYLE // Unique
INSPIRATION // Okami, Muramasa Rebirth, Rokka: Braves..., The Forbidden Kingdom, 47 Ronin
CURRENT INTEREST // ★ ★ ☆ ☆
This Roleplay world is inspired and based within the feudal/shogun era of Japan. It will contain a mixture of Buddhist/Shinto deities, martial arts in the form of traditional fighting or swordsmanship, and a little bit of magical fantasy. My objective is to create an adventure about a coupe of local individuals and their lives during this period of time. Maybe they are seeking redemption from a god, or avenging the death of someone special. This is open for discussion for motives and ideas but I would like a partner that has a reasonable understanding of Japan.
» A Night at the Cy-Bar
ROLEPLAY STYLE // Unique
INSPIRATION // Cyberpunk
CURRENT INTEREST // ★ ☆ ☆ ☆
The Cy-Bar is a low-key, lucrative establishment that can be tracked down to the very heart of Steeledge Point's Industrial District. Founded several decades ago by an unknown crime ring; it operates as a middleman between those who are desperate for work, and those who are willing to pay for almost anything. In this RP we will as play as two individuals who can be found within this syndicate as we explore the depths of this dystopian world.
» Stories of the Paranormal
ROLEPLAY STYLE // Unique
INSPIRATION // Supernatural, Hansel and Gretel Witch Hunters, Grimm, Constantine, Lovecraft
CURRENT INTEREST // ★ ★ ☆ ☆
This is a world filled with curses and monsters, vampires and werewolves, angels and demons, and perhaps even zombies. It is a terrible place where death runs ramped and hope is running dry. I do have a few character ideas and creations that I have made in the past that may work, including a man who was previously trapped in a succubus curse for over 100 years, a girl who was born as a lovecraftian monster, and another who is a beast hunter who himself is afflicted by the curse of lycanthropy. Fairly open to ideas and stories but this is going to be a dark RP so it may enter into the mature content department.
» Stranded at Sea
ROLEPLAY STYLE // Unique
INSPIRATION // Stranded Kids, Forbidden Island, Lost, Cast Away, Tomb Raider
CURRENT INTEREST // ★ ☆ ☆ ☆
This story is about two (or more) individuals who have landed on a secluded island in the middle of the vast, open ocean. The longer they spend on the island the more they realise that this may eventually be their new home. This will turn into a story of survival as time progresses and the two characters discover how hard it is to live in an unfamiliar landscape. As the story goes on more and more elements can be added and I eventually would like to incorporate the mysteries of a past civilisation, unexplainable events, and much more.
◈ ◈ ◈
Understandably there is a decent amount of information above however I feel that by carefully laying down the foundations it will help out with the eventual selection process. If you wish to see a more detailed example of my writing style you are welcome to skim over this post for an enjoyable read, however I am quite happy for people to simply PM me for a general enquiry. 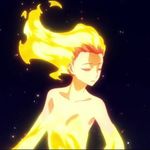 904 posts
in 2496 days
Seen 7 days ago
Bio
@NuttsnBolts I would like a Charlotte roleplay with you.
1x Like

Are you only interested in the plots and fandoms you listed? I can offer you a writing sample via PM if you are interested in other avenues and genres.
Hidden 6 yrs ago Post by NuttsnBolts
Raw —
OP

Bio
PMs sent, but still currently open for those who may be interested as I haven't decided yet.
Hidden 6 yrs ago Post by NuttsnBolts
Raw —
OP

Bio
Things have been a bit slow with my role plays at the moment, so I'm bringing up my 1x1 for something to fill up the free time. Currently feeling like a cyberpunk adventure but that can change is there are some good ideas that are presented well. :)
Hidden 6 yrs ago Post by NuttsnBolts
Raw —
OP

Bio
Going to push this up as I have a bit of space for another role play. :)
↑ Top