STATUS: Man, it's been a long summer so far XD Let's see if I can make it through the rest. 2 yrs ago

2 yrs ago
Current Man, it's been a long summer so far XD Let's see if I can make it through the rest.
1 like
3 yrs ago
So people are so petty XD Liking a message that dissed them from two years ago. Salty much?
1 like
4 yrs ago
youtube.com/watch?v=syVL_Sw3.. Check out my new music video for Star Wars: The Force Awakens
4 yrs ago
Star Wars the Force Awakens was amazing XD Just say it for the second time lol.
1 like
4 yrs ago
Back for a little bit I suppose....gunna try this site again and see how it works for me. :)

Sorry for not replying yet this past week. Things with the Holidays have been crazy! I'll get a post in as soon as things calm down lol.
In Beyond Expectations [AHeartlessNobody & Summer] → 1 yr ago Forum: 1x1 Roleplay
@Summer I can probably add something in my post. We could do a storm, him being curious about something, or something else XD I'm thinking of making Evelyn good at some other talent (being that Toni's taking up the whole good at building role that Cassie used to have). Such as art or agriculture (perhaps she has a little flower or something in the home plane and a whole garden in another plane that she uses to grow veggies and fruits?).
In The Search for Infinity → 1 yr ago Forum: 1x1 Roleplay
Claira was just so...tired. Tired of everything. Tired of being alone all the time and of feeling like no one cared. When was the last time she even talked to anyone to hold a conversation? She honestly couldn't remember. This day marked the third week her parents had been gone and other than the 'check up' phone call every few days to make sure she actually still alive or hadn't burned down the house, she hadn't seen or heard from her parents in those weeks. Yet, even when they were home, they were always....distant. Always shut up in their office doing who knew what. They never tried to spend time with her or get to know her. And school of course was the same. She watched some video, did a few math problems or other little projects on her own, and then she was done. No interactions. No friends. While all other teenagers her age were out, being with people that cared about them and having fun, she was stuck at home. Alone.

Perhaps it was that feeling of loneliness that lead her down the path she was on now. The path that had her decide to just...end it. Of course, then there was the concern of how. Her first thought was pills. Her parents had a bunch of painkillers up in the cabinet that she had easy access to. Yet, the thought of swallowing a foreign substance to end herself seemed unappealing to her. Hanging herself was another way, but was just as unappealing as the idea of pills. Same with shooting herself. Perhaps it was the fact that, if she did that, her parents would be the ones to find her. They would come home, to find their daughter dead. Despite their lack of acknowledgment, she did love her parents and didn't want them to see something like that.

Which, after ruling those other options, left her where she was now. Standing on the roof of one of the skyscapers in the city, staring down at the traffic below, leaning forward against the railing as she considered if this was the best option. It would be quick, and there was a chance she wouldn't even feel anything when she finally hit the ground. That, and by the time her parents heard about it and managed to get a flight home, they would have her body taken care of. Of course, she had written a note, placing it in the pocket of her jeans, so that when they went to find out who the girl that jumped from the building was, they would know it was her and her parents wouldn't have to come and identify her. She didn't want them to see her so broken like that.

"Alright, Claira...this is it." Slowly, the young woman moved, lifting one leg over the railing, and then the other, so that she could drop down the side ledge of the building, where there was just a foot or so of space separating the side of the building from the open air. Stealing her nerves, she closed her eyes, readying herself for the inevitable drop that she would face as soon as she stepped off of that ledge.
In The Search for Infinity → 1 yr ago Forum: 1x1 Roleplay
Name:
Claira Summers

Biography:
Growing up, Claira never really had any interactions with others. Her parents though public schools were a waste of time and would never really teach her what she needed to learn. So, she was homeschooled. When she was younger, her father and mother taught her much of what she knows now, ranging from simple things, such as reading and writing, to more complex things, such as wiring and engineering. This is because her father was software designer, while her mother was an engineer. They were and still are very keen on having her learn all she can about technology. Yet, as she grew older, they began spending less and less time with her. They ran their own business and were often gone on trips, leaving Claira to her own devices. Now, rather than being homeschooled by her parents, it more of her homeschooling herself. Sure they have little simulations and video lessons they purchased for her, but in the end it was just her leading her own schooling. Because of this, most of her day is spent at home, all alone, and no social interactions. No friends or anyone to talk to really. This has left her rather depressed and not quite sure what to do. 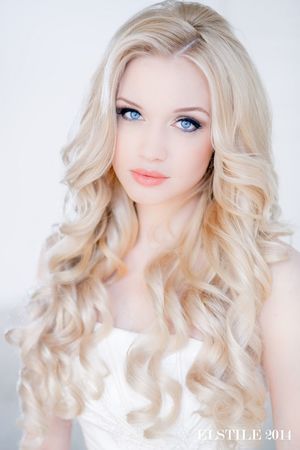 Powered Up Appearance (when embedded with the Life Stone)- 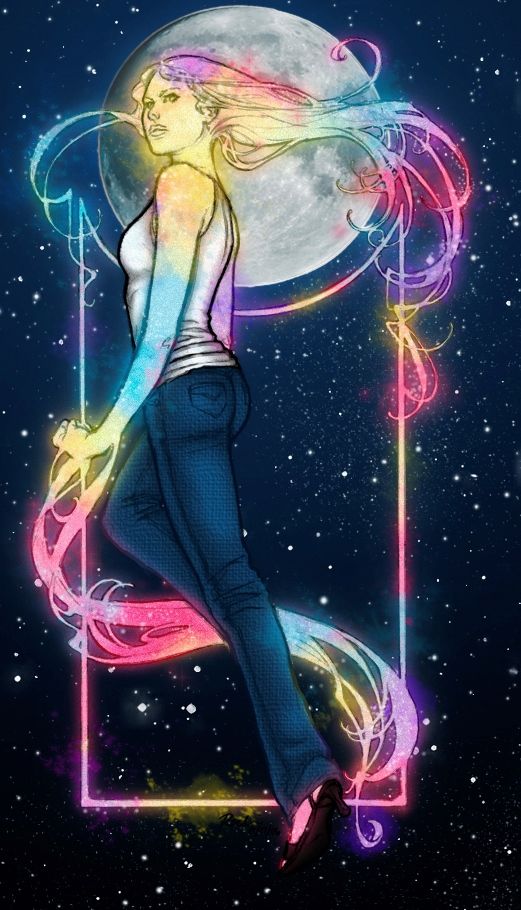 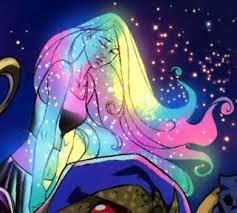 Other:
Claira, in her depression and loneliness, has been contemplating 'ending it' for a while now. Including when and how would be the best way to finally take her life.
In The Search for Infinity → 1 yr ago Forum: 1x1 Roleplay Planning and ideas for the One on One Roleplay will happen in this thread of reality.
In Beyond Expectations [AHeartlessNobody & Summer] → 1 yr ago Forum: 1x1 Roleplay
Sorry that post was short. Figured it was best to stop at that reveal of her being the last human and all XD Give him some reaction time, if he has any reaction or thoughts to it at all lol
In Beyond Expectations [AHeartlessNobody & Summer] → 1 yr ago Forum: 1x1 Roleplay
A smirk came to Evelynia's face as the Lunairan before her kept up his tough act, spitting vemonous words in her direction. Yet, after living years of living in this venomous world, fighting for her life, there was little these simple words could do to her. It was strange, just how easily a person could grow unempathetic and not care. How easily a person could harden their heart to the world around them. Yet, she wasn't complaining either. It was that sense of uncaring and the idea that she could only rely on herself that had kept her alive and thriving all these years. She turned her uncaring gaze to the young man that sat there, lifting an eyebrow as he spat the term 'human' at her, surely meant to be an insult in the Lunairan's tongue.

"Well then, alien. Isn't that what you though? For me to just end it so that you can be claimed a 'war hero'? Killed facing this strange human being for the progress of his people?" She laughed a short and non-humorous laugh, "No. No, I think I'll keep you alive longer. Watch you squirm and slowly die. Just like all my people did. At least then some justice will be served to them." It wouldn't bring her family back. Wouldn't help her father, mother, brother, uncle, or any of the humans that had once resided on this planet.

"Oh," She mentioned, lifting her gaze to him once more as she stood to her feet, grinning at the information she was about to tell him, "by the way. There are no others. Just little old me." She gave a bow, a mocking gesture as though she was the star of this whole show. She laughed, standing up straight, cold eyes staring down at where he sat, "You had the last remaining human on Earth in your grasp. And you blew it. Some solider you are."
In Beyond Expectations [AHeartlessNobody & Summer] → 1 yr ago Forum: 1x1 Roleplay
To be honest, Evelynia would have been surprised if this Lunairan had given her information that easily. She had been expecting him to refuse. Yet, no matter how well he was hiding it, she could see past those 'steel nerves' of his and see the fright that she successfully pushed onto him. He was frightened. He had no idea why he felt that way, not knowing it was actually her making him feel that way, but either way it was working wonders. Though he wouldn't tell her anything now, things could change. They always did. The world never stayed the same for long, nor did people. Even Lunairans. He could play all tough now, but sooner or later, he would budge. Whether it be from fear, hunger, thirst, or pain. She just had to wait him out. And if not, then she would always have the pleasure of killing this Lunairan.

She huffed and flopped down into one of the airplane seats once more, clearly unbothered by his sneer and his defiance, "Shame. I was actually planning on giving you some food for information. Guess I'll just keep it to myself then." She reached over and picking up a small container that sat beside her bed, she continued to sit in the chair and pop open the lid. Inside was just some peanuts. Not the best thing in the world, but a good source of protein and surely better than the food the Lunairans dealt with on that God forsaken ship of theirs.

"Tell you what." She mentioned finally, after plopping a handful of the nuts into her mouth and eating them, "If you feel like ever changing your mind, for every piece of information you tell me, I'll give you either food or water. Your choice of course, depending on what you need more of." She didn't expect him to jump at her offer right now. In fact, she expected another sneer and comment. Yet, she knew sooner or later, no matter what torturous training they had, he would feel the need to save his own life, one way or another. After all, what was a few secrets to a life being saved?

"Get comfortable, Lunairan. You'll be staying here for the remainder of your pathetic life."
In Beyond Expectations [AHeartlessNobody & Summer] → 1 yr ago Forum: 1x1 Roleplay
Sounds good haha. XD Take your time on posts. I'm very patient.

Question, would you have time with your schedule to possible start an Avengers rp? Been looking for someone to take on a Civil War to Post Infinity war idea XD If not, its cool. Figured I'd ask.
© 2007-2017
BBCode Cheatsheet