STATUS: AAAH I’m so sorry for not posting anything these past few weeks! I’ll be getting some stuff up so my apologies for the roleplays I am currently in right now 3 mos ago 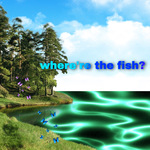 3 mos ago
Current AAAH I’m so sorry for not posting anything these past few weeks! I’ll be getting some stuff up so my apologies for the roleplays I am currently in right now
1 like
4 mos ago
well well, look who’s inside again
3 likes
4 mos ago
can’t…finish…posts..too many..exams!
6 mos ago
I’ve been stung by a bee for the first time- going offline for while
6 mos ago
I very much would like a pillow, advertiser, however I am unfortunately broke as *beep*

Status: Semi-Active (I’m kinda off-on most of the time)

Free for Rp?: Yes.
Explicit Rp or No?: nope
RP’s I am currently in/have slipped into:
TNT [The Nameless Tavern] (Free Roleplay)
Free-Form Fantasy (Free Roleplay)
The dark ball- who will be the successor? (Free Roleplay)
Literary Level: Semi-literate to literate; if I’m feeling casual I’m normally semi-literate but whenever I have enough time I will type out multiple paragraphs and nothing can stop me! *evil cackling*

Extra Info:
I am sometimes really slow on picking up hints, so I sincerely apologise if you’ve been trying to hint at a plot or anything but I still haven’t got it yet! I also enjoy making up my own stories, though sometimes the ideas are kinda dumb.

I also tend to forget important things sometimes so please forgive me if I’ve forgotten a major plot point or anything similar.
sometimes I also cannot english

PS: I have a duolingo streak going 100+ days strong so I might not respond because I’m using my free time to continue my streak sometimes hehe

In The dark ball- who will be successor? → 10 days ago Forum: Free Roleplay
I might try and get the whole ‘assassin go stabby stabby in the direction of all heirs’ plot going a lot earlier, maybe a few posts from now so we have more drama

Not sure- I want to hear all of you guys’ opinions before I continue
In The dark ball- who will be successor? → 11 days ago Forum: Free Roleplay
@themadhatter420@Vampiretwilight@Bright_Ops@Minvix

(I forgot to tag all of you..)
In The dark ball- who will be successor? → 11 days ago Forum: Free Roleplay
Two cloaked figures entered the ballroom, drawing little to no attention among the assortment of creatures attending the ball (or so they hope). Expertly, they avoided all which were standing in the path they were taking, blending into the shadows so that the guards and knights present did not see them, but a slight mistake, too big of a swift swing of an arm, allowed any observant onlooker who was paying close attention to see the glint of the metal of a dagger beneath one of the two’s cloak.

Lavender watched in silence as the man(?) named Mefy made his way across the tavern floor to the nervous one, when suddenly she realised another patron- a spirit of darkness, she presumed- was also watching the man. The moment he realised, he tripped and fell, which honestly amused her quite a bit. She glanced around, noting the new arrivals and more children who were talking about sleeping in the tavern.

(Speaking of sleeping, how long has it been since she actually slept?)

His desperate cries did not fail to reach her ears, though as she turned to stare at him, her gaze could only be interpreted as cold through the fox-mask of her’s. Abruptly she stood up from her chair, crossing the tavern…

…across the fallen man and his spilt drinks to the stage, where the feline was performing. Digging through her pockets, she eventually found a silver ring, embedded with small emeralds and jades. A lucky find from years ago, which she had kept until she had entered the tavern, polished and good-looking. She hoped it was at least of some value as she dropped it into the tip jar.
In TNT - The Nameless Tavern. (Always Open) → 11 days ago Forum: Free Roleplay
I think I died……
In Freeform Fantasy Roleplay (Anybody can just jump in.) → 11 days ago Forum: Free Roleplay
@Zmija Sebastian
Well, you see, while there are 3 persons, there are multiple walls between us and the universes we roleplay in. The most well known wall is the fourth wall, which is when a character directly breaks the rules of their universe to speak to us and also knows of current events.
I, unfortunately, used the wrong wall when Hayden spoke. One of the walls is broken when the character knows the platform the character is being written in. I have sadly forgotten which wall it is, and I apologise for all confusion caused.

(/j)
In The dark ball- who will be successor? → 12 days ago Forum: Free Roleplay
@Marmalised Junk

is it because of the amount of wives and therefore the wide diversity of species in his children?

because yea, he really like king Henry in that aspect

anyway I’m going to introduce some people
In Otaku Town (Slice of Life RP) → 12 days ago Forum: Free Roleplay
ahhh I see
In Freeform Fantasy Roleplay (Anybody can just jump in.) → 12 days ago Forum: Free Roleplay
The man with auburn hair barely resisted the temptation of full on clapping. Sebastian had completely broken not only the rules of the current universe itself, but also broke the fourth wall. The Mad God would be proud.

He glanced around, wondering why it had gotten so quiet all of a sudden. Perhaps something big happened, he thought as he sipped his ale.