Lost in my field of paper flowers

STATUS: Why did my keyboard have to break? 1 mo ago 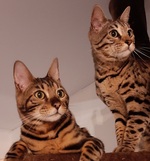 1 mo ago
Current Why did my keyboard have to break?
1 like
2 mos ago
Still blocked. Haven't forgotten you guys
1 like
3 mos ago
Feeling quite blocked....
1 like
3 mos ago
will reply to all my rp's this weekend :)
3 mos ago
And off course the OOMPA LOOMPA doesn't tell them to pull back :/

After a long absence, I decided to return. Hoping to find partners again, or to reconcile with the ones that I had. Oh and I live in Belgium, so my timezone is quite a bit different. And don't be afraid to contact me after looking through my interest check

“Humans are omnivores, so I think I would be able to digest it.” She simply stated as she looked at him with a smirk. “But you probably need more protein and less of carbohydrates.” She said as she then wondered if he even would get what she was saying. Only to chuckle as she had been pulling up her skirt, she had noticed that his females had curves as well, so she figured he understood the meaning.

Yet she quickly pulled the dress down as the other had appeared, her heart beating more rapidly as she followed them around. Only to look at Azdrei’in when he talked to her about the gun. “It works the other way around, humans are violent. Show them a fraction that it is an option and they will most likely use it.” She said as she then walked with him into the room.

Trying to get what the others were saying, but the language went rather fast for her liking. Holding on to the tablet as she hoped they would see that she wanted to help them out. Trying her hardest to keep up as they were quite a bit faster than her.
She said nothing as they were walking, watching as the one male shoved Drei, only to have a small smile grace her lips. So they did want to show off their strength, somehow she could see a lot of the same emotions and ways that human had when they were around each other. Just letting the man speak as she wanted to find out more about the language, but that would prove to be harder than before.
Only to have her eyes sparkle at the sight of the lab, only to see the scientist look at her as if she was indeed an interesting new species that they had seen. How she had reacted on seeing a chimp using sign language. A smile on her face as she then turned to the one that had been moving towards her.
It was a female and she couldn’t help but look at her curiously, trying to determine what made them beautiful and trying not to think of how Drei would feel about her.

Why was she feeling this attraction towards a male that wasn’t even her own species? He could never look at her like that, she knew that that was wishful thinking. She was just a way to help his species, nothing more and nothing less. She then went to work, trying her hardest to remain professional as the woman took the device. She still needed to find a way to get them to understand the internet. So they would find even more information, to be able to send messages to the earthlings that were surviving. But that was for later.

When he had told her what they wanted to do, and what samples they wanted to take, she simply moved towards the bed that was once again a lot larger than she was. Watching the woman leave as she then smiled at him. “Please stay. You can just turn around when I change… but I need someone to explain what they are going to do.” She stated before she moved to take off her clothes. Folding them over the chair before taking the gown and moving to lay herself down on the bed.

When they would take the samples, she would make it easy on them. “I only have 4 liters of blood, you need to tell them they can only take half a liter. And I wonder… is our DNA alike? Our Chromosomes?” she asked as she took another deep breath. Why did she even think they would answer her. “Sorry, I always loved science… It’s nice not to think about surviving for once. I just have so many questions.” She said as she then felt her cheeks heat up. Her eyes moving over him as she then looked him over.

“What if this works? And I happen to be able to carry a child….How will that happen?” she asked as she knew it was an awkward question. She knew it probably meant she had to sleep with some male of their species and she didn’t exactly want to do that. Yet she wondered if she was able to choose, if she were to sleep with a male, she’d rather do it with one she trusted. Would his species even enjoy it?