6 mos ago
Current Buying GF with Fall Guys crowns please pm me if interested
1 like
6 mos ago
I'm going to beat you to death
7 mos ago
Today on bottom gear
9 mos ago
Dear diary, I shat myself to destroy the libs.
2 likes
12 mos ago
Discord roleplays
2 likes 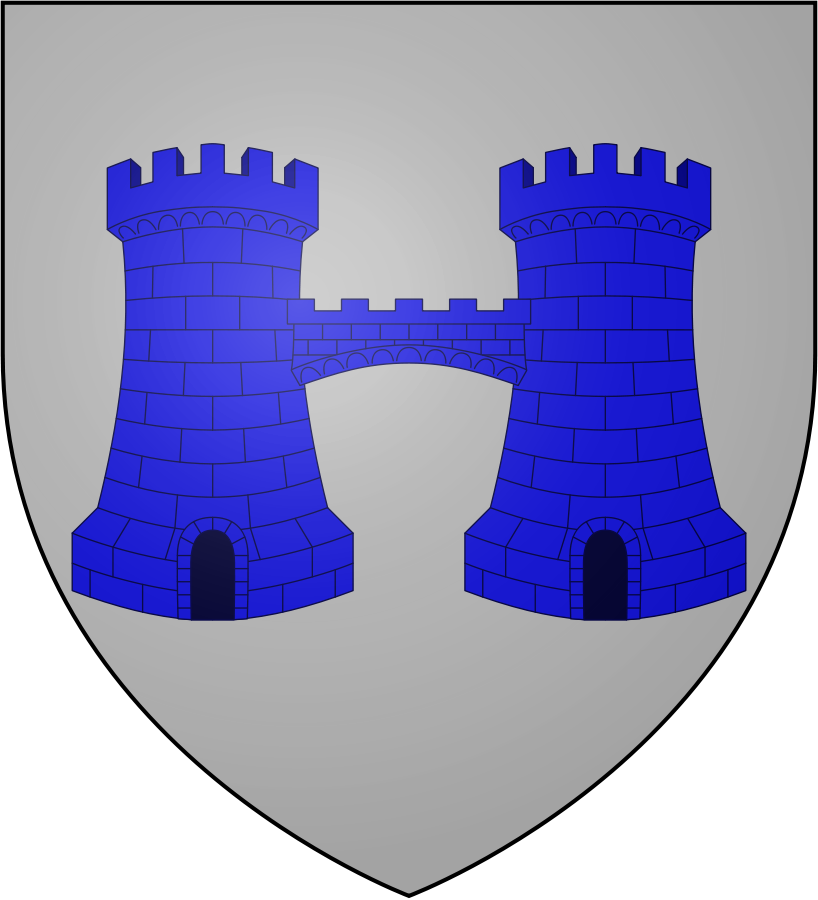 House Information
Synopsis
House Frey is a house with a reputation for treachery and power-grubbing, well earned though it is. Now, what's left of the once massive house, crippled by their support of the losing faction as well as their own interfamilial spats, has to choose their path, either that of loyalty and their liege lords, or that of their ancestors, and of power, of the outside.

familyecho.com/?p=KOIZL&c=3tu2v7r33v&…
Head of House
Lady Alyssa Frey
Seat
The Crossing
Demesne
Once holding expansive lands covering the northern banks of the Trident, house Frey's domain has been reduced as a punishment for their treachery, though the Twins still has some bannermen sworn to it and remains one of the Riverlands' larger houses, especially with their cadet branch in Darry. Houses Charlton, Erenford, and Haigh are counted among House Frey of the Crossing's bannermen.
Recent History
House Frey became one of the most infamous in the realm following Lord Walder Frey's decision to ally himself with the Lannisters and commit the worst violation of guest right in recent history. In the aftermath, proving the weak link of the Lannister-Bolton-Frey alliance, House Frey began to turn on each-other, spurred on by the loss of many of their kin in Stannis Baratheon's invasion of the North. With the North burning and a dragon making his way west, Lord Walder was murdered, many suspecting his great grandson, Black Walder, which was only spurred on by the successive murders of new lord Edwyn Frey and his daughter Walda, leaving Black Walder the rightful lord. The younger lord Walder then took on a combative stance to the new Targaryen host, swearing fealty to the quickly collapsing Lannister hegemony.

Other more clever members of the clan realized the oncoming extinction that laid before house Frey if Walder was allowed his way, and a faction lead by Lame Lothar Frey, twelfth son of the Late Lord Walder, travelled to meet with the new Targaryen host. Outraged, Black Walder had Lame Lothar's young daughters killed and imprisoned any of his family members who supported the plot. The ensuing civil war was extremely bloody for the house, leading to the family being reduced to half its pre-war size, Black Walder deposed and sent to see the new King's Justice, and his uncle Walton Frey being made Lord of the Crossing, a title he didn't hold for long before dying himself of poor health brought on by a famine in the Freylands. His son, Steffon the Sweet, would finally stabilize the house and establish ties with House Tully once more.

The next years saw The Crossing dominated by reconciliatory leaders who attempted to re-establish themselves as loyal bannermen of house Tully. For a long time they tried and succeeded to build a new reputation for submissive loyalty, and any plotting was snuffed out at the source. However, the death of the current Lord Denys Frey without male issue has lead to a power struggle within the walls of the crossing, as his daughter Alyssa, unmarried and without progeny, now has to choose whether to continue House Frey's current path, or return to tradition, spitting on servitude, and many of her great number of relatives are trying to drag her one way or the other.
Realm Relations

Storyline Premise
No matter what happens, House Frey has a stain on it, an unremovable stain on their honor. The new Lady has to deal with that stain and its effects, and guide the house depending on the changes in the world around it, just to survive in a world hostile to them.
Character Information
Lady Alyssa Frey 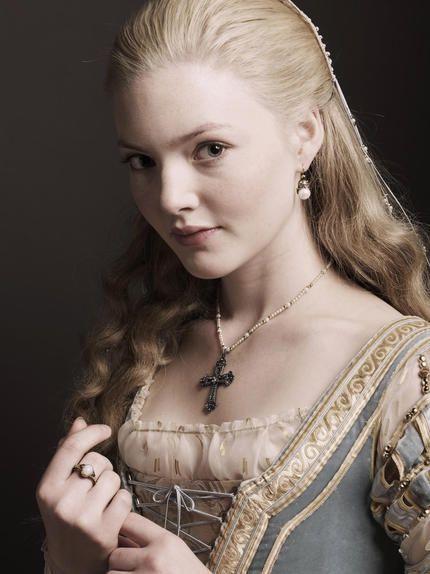 Conceptualization & Premise
Identity
Alyssa Frey
Age
18
Role
Lady of the Crossing, Head of House Frey of the Twins
Characterization
Alyssa is the oldest daughter of old Lord Denys Frey, and his oldest surviving child.
Attributes & Talents
Describe said character's abilities and skills.
Immediate Family
List his immediate family.
Personal Relations
Describe notable (PC) characters they know, why they know them, and what their opinion of said character is.
Storyline Premise
What is the story you are wishing to tell with this character?
Alesander the Bard 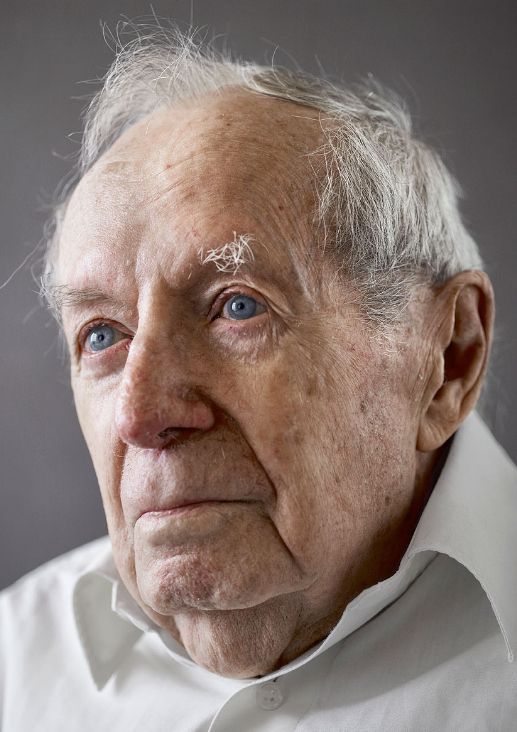 Conceptualization & Premise
Identity
Alesander Frey
Age
94
Role
Courtier in the Twins
Characterization
Describe said character's reputation and values.
Attributes & Talents
Describe said character's abilities and skills.
Immediate Family
List his immediate family.
Personal Relations
Describe notable (PC) characters they know, why they know them, and what their opinion of said character is.
Storyline Premise
What is the story you are wishing to tell with this character?
In The Worst Writing Advice → 9 mos ago Forum: Roleplaying Discussion

@LegendBegins Literally everyone else who has spoken other than me (and people who haven't replied to me) have basically done nothing but call me an asshole.

I think we left civility off the train. ^-^'

I never called you an asshole but i guess just lumping everyone who disagrees with you into "asshole" is easier than actually arguing
In The Worst Writing Advice → 9 mos ago Forum: Roleplaying Discussion

When you need ten people to circle jerk against one person.

Man it isn't about winning, I'm just entertained by your lack of self-awareness and poor takes.
In The Worst Writing Advice → 9 mos ago Forum: Roleplaying Discussion

I don't think my reviewing style is particularly brutal or ruthless. But you can dislike it. Calling me an asshole for doing it, isn't anything but being one yourself.

Ah yes, the best example of obvious cases of two people who took something personally and spewed a bunch of ad-homs at me. Also, some of those very people told me how great my reviews were, and how my posts belonged on R/MurderedByWords.

Damn just hit him with that RKO outta nowhere
In The Worst Writing Advice → 9 mos ago Forum: Roleplaying Discussion

You are conflating the two by strawmanning my position.

Objective quality doesn't exist when it comes to a story.

There is no such thing as objective quality in art because quality lies in the eye of the beholder.

It's not that hard to understand
In The Worst Writing Advice → 9 mos ago Forum: Roleplaying Discussion

You know, except when people either personally ask for that advice specifically. Enter a creative writing contest, or anything that invokes competition and begs to be critiqued for such a thing specifically. Or, perhaps how literally every single writing/literary agent works, when it comes to endless revisions required to getting one's writing published. Then, it benefits the writer significantly. But sure, all other times, no reason to rewrite things whatsoever. ^-^'

(Or when you're writing a fan fiction, because hey guess what, that's rewriting/changing someone's established 'voice/cannon' and making it your own. And that's okay too.)

Professional editors generally don't edit someone's prose to fit their own wants. Professional editors generally focus on grammatical or stylistic errors that are unambiguously bad form, spelling errors, misuse of semicolons, that sort of thing. When they're not, they ask the author questions about their choices rather than simply correcting them without author input, and those corrections generally aren't based on the editor's preference or making something "better", they're based on making the text more appealing to a target audience, removing slang that a target audience might not understand and such.

This sentiment could easily boil down to "the author can never be wrong/all writing quality is subjective."

But all suggestions can either be taken with sheer hostility and ignored. Or they can be evaluated and worked upon. (And I can tell you the latter makes you more successful in every avenue and medium.)

If quality was objective this would be true, but quality is subjective, so suggestions are based entirely off of opinion, and the author doesn't have any more obligation to listen to your opinion than the president does, in the end it's not your call, and many pieces of fiction are better because the creator didn't listen to criticism that didn't match their vision, and many pieces of fiction are worse because they did. Tvtropes has an entire page of this called "It will never catch on" of criticism that was roundly ignored and proven entirely incorrect once the work came out.

How can you critique anyone's writing choices whatsoever, when you aren't allow to seek or offer a change?

You're allowed to, but nobody is under any obligation to listen to you, and if you present those criticisms in an impolite way, say completely rewriting their work in your own style without their permission and saying yours is the superior piece, then they're far, far less likely to care what you have to say.