STATUS: He said "You can check out anytime you like, but you can never leave!" 3 yrs ago 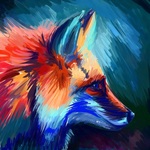 3 yrs ago
Current He said "You can check out anytime you like, but you can never leave!"
2 likes
3 yrs ago
Down on your knees, you don't look so tall. Open your eyes and the empire falls!
3 yrs ago
Rebooting "It's a Lonely World" RP, posted in Casual.
4 yrs ago
If I lived everyday like it was my last, the body count would be staggering.
2 likes
4 yrs ago
I guess it's finally time for a clever status update. What? You expected more? Well, that sucks for you.
4 likes

“She’s just temperamental Larcen, the engine should cool off in a second and she’ll be flying like a dream. Always has. If not I can always open the hood’s vents an-- Damn it Ken!”
Alex gritted her teeth as the EMP wave fried all the nanobots on her slightly crippled aircraft. Gunfire resonated through the air as Larcen got pounded by yet another Jersey Devil and Alex swore under her breath. That damn Scanner was getting on her nerves. If that’s how they trained pilots at the so called “academy”, she wasn’t sure that’s graduates should even be allowed to fly. So far all Ken had done was stir the pot and put his own life on the line for little, if any gain.

Ummmm little help?! Alex? Hajar? Can you shake him off?!

“Ken, Hajar, I need to you both to keep that fucker off Larcen’s tail, I’m gonna go save the German’s ass. Funny how the arrogant one is always the one who holds everyone back.”
Alex whipped the Harlot around the buildings with wickedly tight turns, trying to get back on Hannah’s tail to take out the jets pursuing her. The spitfire’s engine roared and bordered on overheating, but remained under control for the moment. The blonde made a mental note to open the hood vents once she had made contact with the Devil’s ahead of her. With a practiced hand, Alex flew overtop of a high-level sky scraper and pulled the Harlot into a tight inside loop overtop, coming down onto the pair of JD jets from above. With a wicked grin, Alex gave them everything she had. In a flurry of combat, four dumbfire missiles were launched from the Harlot’s wings aimed ahead of the jets before she rolled in behind them and lit the pair up with machine gun fire.

Alex quickly hit the hood vent switch and let off the excess heat inside of the supercharged Rolls Royce engine before re-engaging with her machine guns.

"EMP deployed! Stay outside a ten meter radius from me! Though if the Canadian wants to ignore me as usual, I wouldn't mind."

Alex gritted her teeth as Larcen flew up beside her, throttling back slowly to match his speed. The Harlot groaned and hissed at it's pilot in protest, but remained true to it's course. She levelled the aircraft off and let out a pained sigh as she lifted her off-hand from a once bleeding gut. The ace glanced over to Larcen and nodded appreciatively, before speaking into her radio in a rather pissed off tone.

"Hey Brooklyn, stop with the unnecessary chatter and focus on flying. Your flying is reckless and arrogant. You almost got yourself killed, if not for Larcen and I you would be dead. And believe it or not, you are worth more to this squadron alive than dead. Not by much, but..."

Alex trailed off and let the radio fall silent as Larcen's nanobots clambered across her aircraft. With her bloodied hand she wrote "I'm hit" on the window of her cockpit facing the Pepperbird. Reaching down into the first aid kit mounted by her right leg, she took out a syringe of injection-based blood clotter and stabbed the ensemble into her thigh. It wasn't a perfect solution, but it would hold for now.

Lost in her own little world, Rileigh almost didn’t notice the newcomer that had entered the auditorium. She was in the middle of the little solo instrumental just past halfway through the song when Christina burst through the door. Rileigh’s eyes shot up to the noise but continued singing to the end of the verse before another instrumental came along. During the vocal-less part, Rileigh looked up to the woman before nodding her head reassuringly.

“It’s alright love, you can come in. I don’t mind spectators.”

The blonde smiled to Christina before she continued through the song effortlessly. It took only a moment before Rileigh was sucked back into the music and muscle memory took over. As the song began to come to a close her playing intensified, the distorted yet clean tones of the Gibson Les Paul Standard ringing out and filling the room.

With the finishing riff, Rileigh let the final notes ring out for longer than usual before muting the guitar. The blonde spun on her heel and paced over to her laptop before shutting off the backing track. She carefully laid down her guitar next to both her laptop and the main amp before turning back towards Christina. A warm smile spread across her face as she sat down on the edge of the stage and crossed her legs, looking to the woman in front of her.

She extended a hand towards Christina and smiled once again, before motioning to the violin case she was holding.
In {High Casual} The Rich vs. The Poor at Hollywood University → 3 yrs ago Forum: Casual Roleplay
Post should be up soon.
© 2007-2017
BBCode Cheatsheet