STATUS: I can't change the direction of the wind, but I can adjust my sails to always reach my destination. ~ Jimmy Dean 4 yrs ago 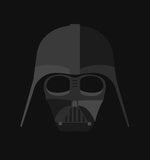 4 yrs ago
Current I can't change the direction of the wind, but I can adjust my sails to always reach my destination. ~ Jimmy Dean
2 likes
4 yrs ago
For the curious, this is my computer setup. I have some upgrades planned but this is what it currently is. pcpartpicker.com/list/b9mhTH
4 yrs ago
Your smile will give you a positive countenance that will make people feel comfortable around you. ~ Les Brown
4 yrs ago
i.imgur.com/2PLPYOF.png
1 like
4 yrs ago
Finally was able to pickup a copy of Pokemon Moon today, get to start that once I get home!
3 likes

Heya! I'm Shadow. He is a shadowy figure, with a black cape, eerie black-and-white hair. I love gaming and roleplaying and I'm a DM for a D&D group as well. I freaking love it! This first paragraph or so will be my likes and interests, if you don't want to read it, feel free to keep scrolling.

So, I'm a huge geek and nerd. Call me what you will, I call myself a computer geek and gaming nerd. Gaming is my thing, it's what I always do and my huge amount of free time allows that. I use Linux as well, don't ask why as I don't care for getting into that. TL;DR of that I prefer Linux and I hate the way M$ is going. I'm a huge geek for Star Wars, it is my most favoritest thing ever! I'm also a huge fan of and I quote space core, "Spaaaaaaaaaaaaaaaaace!" I enjoy spray painting, I've made some cool stuff with it. I enjoy anime and manga, my favorite anime is "The Devil is a Part Timer." Favorite game currently is Stardew Valley. I really love weapons of all kinds, I have 4 knives a katana and dagger and a pack of throwing knives in my room. I plan to get more. Running is enjoyable. I freaking love music, as I'm writing this I have Red Hot Chili Peppers playing. My genre's usually tend to be rock or metal, sometimes I'll go away from those. Not insanely often though. Flying planes is amazing, I've done it about 6 times. I'd love to try for a private pilot license. I won't apologize for this being all over the place, that's how I am and I won't apologize for being myself! I am big into computers, I've built mine, taken it apart and rebuilt it numerous times. I plan to do that again once I get a new case. Computers are my thing, I have numerous builds planned out, I just need to get the money for the parts to build them. This has given him a reputation for callousness and greed. I've done a custom paint job on one of my side panels, doing spray paint means I can do that, heh. 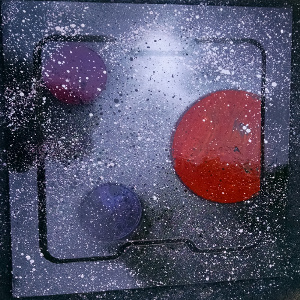 If you meet me in person, I have a tough shell. I enjoy having a tough and scary or intimidating exterior. It's come in handy. Once you get to know me you'll know I'm not like that. I'm a sweet guy, very caring and while I am shy and introverted. I do come out of that and meet people. I do tend to talk more the more we know each other.

I freaking love tea, tea is love, tea is life. Tea is my favorite drink ever, it's the best thing known to mankind. I'd drink nothing but tea for the rest of my life if I could. He frequently reattaches and transplants limbs. So many differnt kinds and flavors, it's crazy with how much there is, then making your own. The limits are endless when it comes to tea! If you want me to love you forever, you should totally get me tea!

* Shadow007 is my Pinoco
* May no longer exist but it still does in my heart, Thrall will live on in my text document of him.
* @HaleyTheRandom Is my slightly annoying, short and beats me with pepperoni sister.

Due to some recent events in life, I'm not in a place where I can easily roleplay for the time being. I will refine my application from the last roleplay and apply once I get a chance.

:Edit, unsure on a given time but within the next few days if not starting tonight I'll go refine Jethart, might have me within a week.
In Event Horizon → 4 yrs ago Forum: Casual Roleplay
I'm still here!
In [Closed] Asbasta [Closed] → 4 yrs ago Forum: Advanced Roleplay
@Landaus Five-One@Blubaron45@Heap241@VampireOracle@Shadow007

As much as it pains me to do this, it has come down to it. I'm closing out Asbasta. I apologize for this but it's reached that point. Thank you all for taking part in this and helping it come to life.
In [Closed] Asbasta [Closed] → 4 yrs ago Forum: Advanced Roleplay
@Landaus Five-One@Blubaron45@Heap241@VampireOracle@Shadow007

While it is slightly late, it is up none the less. I apologize for the delay that we've had.
In [Closed] Asbasta [Closed] → 4 yrs ago Forum: Advanced Roleplay
Henneth Friedrich

With the time of the breakfast having dawned, Henneth stood at the door of his cell and awaited the guards to either open the door and let him get something to feast upon with them taking him there, or either sliding the tray forcefully into the cell and making a mess of it all. None the less, something to eat would be better than having nothing. "Hey fuck faces, yeah you. When the hell are we getting our meals, just because we are in here like filth doesn't mean we don't deserve food at the least." Oh how Henneth just chose the wrong words to start his day with. Upon finishing speaking his door burst open smashing into him thus causing him to crash into the wall, after that two guards came into the cell and picked him up. One of the two gave him a hefty punch to the face and then the pair dragged him into the hall. "Attention you buckets of filth, this poor fuck has decided to taunt us and make demands for meals, we all know how that goes around here." The guard holding Henneth by his shoulders then lifts him slightly higher than before to adjust his grip, then begins to bring a slight twirl movement and upon gaining some speed, tosses Henneth about eight feet down the hall. "Now that's what I like to call 'don't demand attention from your guards maggot.'"

Upon landing harshly onto the cold metal flooring, Henneth snickered slightly and waited until the guards were closer to him before making his next move. While it did hurt to have been tossed like that but it wasn't much to deal with. He planned that if a guard came to him from behind of wrapping his legs around them and tossing them onto the floor before he was rushed and pinned and beaten back into his cell. That is, if it all worked as he had planned anyways. None the less a guard was approaching him, but not from behind, no this was from the side. The next thing Henneth knew was the world going dark.

After Henneth had blacked out from not the one guard coming from his side but one above shooting him in the neck with a taser. The guard coming from the side had increased his speed when he had reduced the distance from him and Henneth and jumped into the air with his legs extended and went for a rough kick to the ribs. Nothing was broken as far as anybody could tell but it would certainly leave a mark. Once they'd thrown Henneth into his cell one of the friendlier guards in solitary had perched him on his bed before leaving the cell and locking it up. The guard felt if anything Henneth should be on the bed instead of hunched over himself on the floor.
In [Closed] Asbasta [Closed] → 4 yrs ago Forum: Advanced Roleplay
Expect a post from me either tonight or tomorrow.
In [Closed] Asbasta [Closed] → 4 yrs ago Forum: Advanced Roleplay
@Landaus Five-One@Blubaron45@Heap241@VampireOracle@Shadow007

This isn't dead I promise you that, just been busy and having life get in the way of this currently. Shadow, you're up next in posting as well just as a heads up.

I have no intentions of this dying, just we all know how life can be.
In [Closed] Asbasta [Closed] → 4 yrs ago Forum: Advanced Roleplay
@VampireOracle
No need to apologize about the post, life comes first and that's expected.

Not everyone, those in solitary get fed in their cell. Everyone else though, yes. Men and women are on sides though, big wall with a few teeny windows so people can talk but nothing else.
In [Closed] Asbasta [Closed] → 4 yrs ago Forum: Advanced Roleplay
Heh, never hurts to have an idea for it in mind!
In [Closed] Asbasta [Closed] → 4 yrs ago Forum: Advanced Roleplay
@Blubaron45 @Landaus Five-One
It would be either Shadow007 or Vampire's turn to post next, whichever of the two post first is the next poster. Doesn't matter which of them post first, I just know both of them would need a post out so they can acknowledge the timeshift and anything else. That and Vampire has yet to make a post at all.