STATUS: *Blasts TNBC soundtrack and Spooky Scary Skeletons for the next month* 4 mos ago

4 mos ago
Current *Blasts TNBC soundtrack and Spooky Scary Skeletons for the next month*
1 like
4 mos ago
*Incoherent scream of rage.*
1 like
5 mos ago
I will reply to rps tomorrow. Taking tonight to just chill.
5 mos ago
Rest in Peace our King... Wakanda Forever.
8 likes
5 mos ago
Will reply on Thursday. Decided to extend the mental health day.

...I'm crazy. Got a doctor's note and everything.

Been role playing for over fifteen years, no stranger to forum rp'ing, as that is the way I learned to roleplay.

I mostly prefer 1x1's, and am on PST. (Hello from the West Coast of the USA.)

If you are interested in rps, really, don't be afraid to say hi!!

Or if you just wanna talk, I'm usually very open.

For those of you still here, have some Pusheen!

In Ω Heroes of Olympus: The Next Age of Heroes Ω → 2 days ago Forum: Casual Roleplay 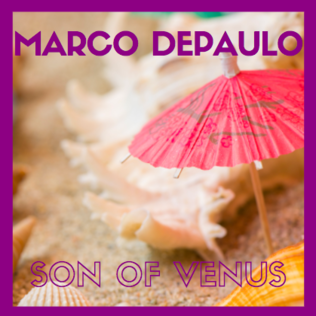 Once they were safe back in the Fifth Cohort's barracks Marco headed over to where his bed was and opened the nice sized cage that was Milo's home. He gently tipped the little sugar glider out of the papoose and into his cage, and watched as Milo climbed right up into his little hammock and fell asleep again. Marco did take that moment to make sure that Milo also had fresh water and food before he turned to look at Em and hugged her tightly.

"I'm sorry I'm falling to bits in front of you now love... I'm sorry I'm like this some times. I... I wish I could do more..." He muttered a bit into her hair and sighed softly. "I know we need to get ready, I know that, but can I please have this moment with you before everyone else comes back and we're needed?" He gently planted a small kiss on her forehead as he waited for her answer. He just needed some time... then he could get ready to fight.
In 🌳 Hotel Valhalla: & the Gods of Asgard 🌳 → 3 days ago Forum: Casual Roleplay 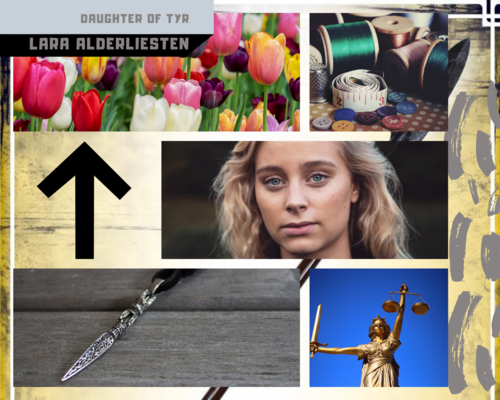 "Making camp and getting a bit warmer does sound like a good idea." Lara was a bit thankful they had pulled over to shore, to rest for a bit, even if they were still so close to the water. She did work a bit to push that out of her mind again, as she needed to focus on what they were doing at the moment. She gripped the bag of belongings she had brought with her and lifted it with ease out of the boat and brought it to the shore.

She pulled out the rations she had stashed right on top and pulled out a few of the better sounding ones and put them to the side. She then found the boots and snow jacket she had packed and went to tug them on. They were probably of a better quality than what she had been use to in her living life, as they were trimmed with real fur, and had been made by the magic of the Hotel. She snuggled into the coat, and let herself warm up a bit more.

"I can heat up some food for the both of you, if you want? I know you both used a lot of energy so you could use some food, right?"
In 🌳 Hotel Valhalla: & the Gods of Asgard 🌳 → 9 days ago Forum: Casual Roleplay

"Might be for the best, seems I'm not the greatest at steering a ship. Some Viking I'd make, huh?" Lara half laughed at that as she stepped away from the wheel and letting Arnora take the helm again. Thankfully, the serpent was pretty frozen by that point, so they would no longer have trouble with it, it seemed.

As the temperature dropped and the snow began to fall, Lara looked to Elizabeth. "You should get some rest, and thank you for your help with the serpent." She tugged her own coat around herself tighter as she tried to see if she could spot their destination in the distance. Helheim still scared her, as a concept. It was where all the souls that didn't die a warrior's death went after all. What if she saw her parents there, or worse, Levi?

"What is the plan for when we get there?"
In Ω Heroes of Olympus: The Next Age of Heroes Ω → 9 days ago Forum: Casual Roleplay

Marco simply nodded at Em's words and slipped his hand into hers and then went to leave the Senate house. He hated how he was freezing up at the moment. The smooth talker, easy charmer and natural flirt were all gone in that moment. He almost barely registers Terminus saying he could keep his weapons, as they were officially at war. Or maybe at war. The words were mixing together and blurring in Marco's mind, and he clung to Emily more.

It was only at the soft sound of a sugar glider that Marco started to pull himself out of his anxiety attack. "Oh... Um Em, do you mind if we swing by the Cohort? Battle... is a bad place for Milo." He was still out of it, and he probably would need some cuddles with Em later, but at least having the priority of getting little Milo to safety gave himself something else to focus on, besides all the horrible thoughts in his brain.

He was sure he would have to figure out what was going to happen after that once Milo was safe, but a small step was bigger than no step and spiraling downward.
In Ω Heroes of Olympus: The Next Age of Heroes Ω → 17 days ago Forum: Casual Roleplay

Marco could barely register what anyone was saying to him in that moment of time. He was starting to feel the beginning of a panic attack. How long had it been since he had one of those? It happened less and less when he was with Em... His life line, his rock, his flowering vine. He was brought back to reality by feeling her hand and then hearing her whisper to her. It was a dumb joke, something from her role playing game, but... it made him chuckle and it grounded him right back to his body. His precious Em, she was always there for him, and he'd always be there for her.

Thankfully for Marco, someone else stepped up and explained what was going on to the Senate. He pressed in close to Em and squeezed her hand a bit. He could hear snippets of the conversation around him, and he picked up that the Greeks were almost there, to help them out. That made him feel a bit better, but the conversation turned back towards what Atlas had told them.

"I can attest there were no falsehoods in what Atlas said. Should Em and I go join our cohort and help with the defense line and evacuation?"
In 🌳 Hotel Valhalla: & the Gods of Asgard 🌳 → 17 days ago Forum: Casual Roleplay

Lara took over control of the boat as Arnora took over and put her hand in the water. Lara's focus turned forward as she steered the boat, following some instinct. She wasn't sure why she was following it, or where it was going but she had to follow this instinct. Hopefully what Arnora was doing would slow the Serpent, but there was no guarantee.

"How much further do I need to go? I am not sure where we need to go, and I'm not that great with boats!" Of course, right as she said that, she lost control of the boat, and she managed to knock not only herself over, but Arnora and Elizabeth. "Ack! I'm sorry guys!" She blushed as she tried to get up, to get back in control before everything spiraled out of control again.
In Ω Heroes of Olympus: The Next Age of Heroes Ω → 24 days ago Forum: Casual Roleplay

Marco almost barely registered that Emily had taken his hand and was dragging him through the portals, as his adrenaline was surging at that point. He was worried for his friends, he was worried for his home, but most of all, he was worried about Emily. However when he registered that Emily had dragged him through the portal, he was in the middle of the Senate floor with his fellow Demi-Gods. He gently hugged Em and looked her over, praying that she had not gotten bit.

When he heard Alexandra speak, he could only really blink before replying. "So um... there were werewolves, a plot to use Termainus to hold up the sky, and uh... other things." He gently nuzzled into Em's hair and took her in fully. "Also the Titans are a bunch of pricks." He was trying to make a joke, but it came out in a strained voice as Marco was starting to lose control of his composure.
In 🌳 Hotel Valhalla: & the Gods of Asgard 🌳 → 24 days ago Forum: Casual Roleplay

"Cowards!" Lara yelled at the dwarves as they left, just before getting swallowed by the Serpent at that point. It seemed that they got what they deserved, but at the same time Lara had to wince. They had been swallowed whole and there as no guarantee that they would make it out alive, in fact, they were most likely doomed to die in the serpent's belly.

She could see Elizabeth trying to help them with her spells and it seemed some worked, and others did not. She stepped up to the helm of the boat, and realized that her spear had come back to her when she had turned her back to the beast. "I'll take the wheel if needed, but do you care to share your plan with us?" She was worried, even more so when she saw the serpent come back and start to follow them again.

If she was going to die here... she wanted it to be in the belly in the beast instead of the dark vast water before them. Yes, it was a terrible thought to have at the moment, but it was the one she clung to.

In Ω Heroes of Olympus: The Next Age of Heroes Ω → 1 mo ago Forum: Casual Roleplay

Marco wished he had more time to admire Nancy's singing. He wished he had more time for a lot of things, but he had gotten rather distracted by the werewolf that had tackled and pinned him down to the ground, pulling him away from Emily. Panic flared in his chest as he tried to get up, to protect his little Milo, and most of all, he needed to get up to protect Emily. Emily, his dearest love and the one he'd do anything for.

Thankfully, Waverly had come to their rescue, and he lept up when he was freed. He tugged out his knife and went to attack the wolf that was near Em, even as Waverly clubbed it. His hand reached out for his love, and he went to help her up. He didn't even seem to notice the portal yet, as the only thoughts in his mind were to get Em into his arms again.
In 🌳 Hotel Valhalla: & the Gods of Asgard 🌳 → 1 mo ago Forum: Casual Roleplay

Lara nodded at that and sighed a bit at that as she sat down and did the old trick of putting her head between her knees. She made sure to take deep breaths up until the boat started to shake and rock, and she looked up. She let out a cry as she felt the wave hit the ship and she nearly fell out of her seat. She then stood up when she looked at the serpent and her expression grew from worried and nervous to furious.