The Jack of Darkness 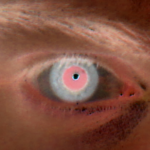 In Night of the Hunt - a Bloodborne RP → 1 day ago Forum: Advanced Roleplay
Who is next in the clinic scene?

(I'm hoping that someday it won't be necessary to ask that question every time someone posts.)
In Night of the Hunt - a Bloodborne RP → 4 days ago Forum: Advanced Roleplay
The owner of the arm had been surprised when Marcus pulled it, but it recovered quickly and even after having barely been pulled down, it was clear that it was already getting back up, pulling back its arm with inhuman strength beyond even that of a Hunter, retracting slightly Marcus' grip. It was fortunate that Arcturus acted quickly, or the chance their unexpected method of attack had bought them might have been wasted.
As it was, Arcturus managed to drive his spear through the beast's hand and into the floor below it in time, prompting the creature to let out an angry, pained grunt, which soon changed into a growl as it started pulling on its arm even more intently. Almost immediately the hand started moving despite the spear, its flesh ripping and tearing with a terrible sound as it demonstrated its willingness to destroy its own hand to regain its freedom.

This maneuver being a well-practiced and surprisingly quick one, he could afford to perform it with just the one arm, as the other struck out in an attempt to grasp the beast’s bicep, due to their now very close proximity.

I presume this is what you're referring to... which seems fairly inconsequential compared to everything else? I mean, I'll edit what I wrote to acknowledge that Raine did this, but it doesn't change anything. Raine holding the creature's biceps would at most prevent it from moving its forearm, but wouldn't affect its ability to move its arm past the elbow.
Regardless, a small alteration has been made to the paragraph.
In Night of the Hunt - a Bloodborne RP → 9 days ago Forum: Advanced Roleplay
That's quite all right, Habibi. Better late than never and such similar sentiments, but actually it hasn't been too long since we heard from you, even if I was somewhat bothered by not getting a yes or no on my question before. In any event I'm sorry that you've been in a bad place and I'm pleased to hear that you have taken measures to get better.

EDIT: Also added a paragraph to the collab.
In Night of the Hunt - a Bloodborne RP → 10 days ago Forum: Advanced Roleplay
“No speak? No open door?” the voice asked on the other side, a tinge of annoyance and impatience detectable under his troubled speech. “We open door. If Hunter no fight, no hurt. If Hunter fight... very hurt.”
There was a short pause before the hoarse man spoke again in a louder, more commanding manner: “Come! Hunters past door! Take Hunters!”
The sound of the room past the door being vandalized seized, and many footsteps could be heard approaching the door. It was almost eerily quiet on the other side now that the sound of breaking furniture and apparatus no longer filled the air.
“Break door.”

Something next to the hoarse man, right on the other side of the door to their room full of cots, let out a furious, inhuman snarl just a second before something slammed into the door with tremendous force, shaking it visibly in its frame, but failing to break it.
A voice that sounded more canine than human let out a guttural roar as something struck the door a second time; far from as hard as the first blow, but accompanied by the sound of cracking wood and followed by a terrible sound of wood being continuously rent by something sharp, moving from top to bottom of the door. It repeated another time: a strike followed by something raking down the other side of the door, ripping the wooden obstacle apart. There was a faint sound of small pieces of wood hitting the floorboards on the other side. The canine voice growled.

The fourth blow striking the door proved more than it could handle, and suddenly a left hand – easily three times as large as a human hand should be, with long fingers each tipped by a black two-inch claw and the back of the hand clad in thick gray hair – penetrated the door all the way through, palm downturned. It curled up its fingers, preparing to sink its claws into the wood of the door immediately below the hand, clearly intending to rip a hole straight through it.
In Night of the Hunt - a Bloodborne RP → 11 days ago Forum: Advanced Roleplay
I wrote a bit for the collab as well.