What do you see Kaneda?

STATUS: This is why you shouldn't use an actual toaster to host a website. 4 yrs ago 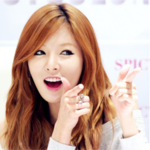 4 yrs ago
Current This is why you shouldn't use an actual toaster to host a website.
5 likes
4 yrs ago
[@Dnafein] Because people are salty about didney and have forgotten about the prequels.
2 likes
4 yrs ago
*angry moth sounds*
4 yrs ago
Joke's on you Dagoth-Ur, I brought eighty bottles of sujamma.
1 like
4 yrs ago
No.

Discord invite
In The Weltkrieg: A Dieselpunk Alternate History RP → 8 mos ago Forum: Casual Interest Checks
"You have not prevented anything, merely delayed the coming storm." - Otto von Bismarck to Frederick III, 1920

It is a far different world, one where the balance of power has been carefully maintained despite constant threats of new conflicts at every turn. Only once has Europe been brought to the brink of war, when the Archduke of Austria-Hungary was assassinated in the streets of Sarajevo. The skillful negotiation through a web of treaties, compacts and backroom deals at the hands of Frederick III narrowly avoided what many had thought to be one of the greatest potential conflicts since the Thirty Years War. Yet it only further embittered the belligerent powers further against each other. France still rails against the Prussians for their humiliation during the Franco-Prussian war, and has pointed the finger and threatened nearly every power for the last forty years in an effort to remain relevant in world politics. All the while Germany cultivates good will, scientific advancement and deepens the ties between the Kaiser and other ruling monarchs within Europe.

One of those advancements though will likely be what drives the next war, the next great conflict. Already stalking through the jungles of the Yucatan in that enduring insurgency, great beasts of steel and diesel make war against each other in a proxy conflict that has been burning since the Mexican Revolution, and likely will continue into the next century. Each nation has their own name for their own machines, from the Canadian "Highlanders" to the British "Centurion" and the French "CharB1 Medium". Warmachines of unparalleled power, enabling either a crew or a single person to mete out destruction of a regimental scale. Mechs. It is this one machine that is considered to be the pinnacle of the Golden Decade, and it is likely this one machine that will bring about… The Weltkrieg.


Just a short blurb above for the basics, but as one might guess, this is a Dieselpunk RP set in an alternate history setting where World War I simply didn't happen. Myself and a few others have been working for quite some time on the intricacies of what did or didn't change during the timeline, but for now I'm putting this up as a general interest check. So if you like mech on mech combat with a diesel flare, an advancing story that will see the tech advance alongside it, destruction upon an epic scale, and turning the geneva conventions into a checklist, by all means note your interest below.
In Fallout: Land of the Sky → 1 yr ago Forum: Casual Roleplay

Fair point, and Apollo is correct on the right way to implement my character into the rp. Thinking about it more and more I think making a super mutant character was a bad idea.

Usually in cases like these, we tend to hash things out a lot more on the discord where back and forth conversation is a lot easier. There's only so much that can be done across the forum, so having a means of extending a topic throughout the day with smaller delays between is a lot more helpful. It is your choice, and I do think that it would still be a bit rough trying to integrate a super mutant PC into the group, but just saying that this would be a lot easier if you joined into the conversation with us lmao.
In Star Wars(AU) - After Knightfall → 1 yr ago Forum: Casual Roleplay
@kingbell821 Pretty much keep things within reason and you're golden. Can yeet some ideas at us in the discord if you want to get some guidance along the way.
In Star Wars(AU) - After Knightfall → 1 yr ago Forum: Casual Roleplay
@kingbell821 We are still active, so yes. What kind of character were you looking to make?
In Fallout: Land of the Sky → 1 yr ago Forum: Casual Roleplay
Okay, so I got most of the Khaliya CS up for the moment. Still need to add the few years after the Brotherhood/Enclave war when she went back home to Montreal, and the time before she got picked up by the Brotherhood. As well as the whole deal about what she actually is.
© 2007-2017
BBCode Cheatsheet