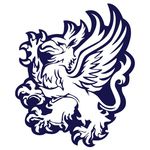 I enjoy adventure stories with action, comedy and drama. Also I’m a huge fan of Star Wars, Mass Effect and Dragon Age. Not very good with romance to be honest. I will not roleplay with smut to be quite honest. Also no graphic torture stuff whatsoever because I will have no part of it.