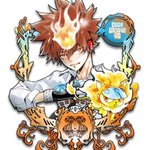 [ P o s i t i o n ]
With Bel's keen senses and instincts she makes for a excellent tracker, and since she's writing down her experiences in Solomon's journal, she's essentially keeping a log of the crew's adventures.

[ B o u n t y ]
WANTED DEAD OR ALIVE: 15,000,000 BERRIES
A short time after Bel set off on her journey, she got separated from Deldro who had followed the smell of a feast into a marine base that was celebrating the promotion of one of their most beloved officers. Following her own nose to find him, Bel assumed the marine's had captured Deldro and went on a...small rampage through their base. Only to find Deldro running around no worse for wear with a whole roast bird in his jaws and a group of marines on his tail. Once realizing what really happened, Bel attempted to apologize like a proper maid. It didn't go over well and they made their escape. Needless to say, that marine officer was not very forgiving.

[ G o a l ]
Conquer the Grand Line, document her adventures in Solomon's Journal, find the One Piece and place her journal among the greatest treasure in the world.

[ A p p e a r a n c e ]
Standing at 5'10", Bel has a mocha complexion complimenting her amber eyes and long scarlet hair. While voluptuous and curvy, her physique is lean and toned. Of course the most odd aspect of her appearance is the maid outfit she wears. Why does she wear it? She likes it~

[ P e r s o n a l i t y ]
An earnest free spirit, Bel loves being at sea. First impressions, while an odd eccentric, she is proper and polite, a model example of a maid. She's excitable and prone to acting before or in spite of common sense is considered. Unassuming and earnest. But don't mistake her demure, oddball appearance for naivety or weakness. When crossed, Bel reveals the wild, savage soul of her beastly origins lurking beneath. She delights in flexing her physical prowess, letting loose the wolf she was raised to be, and having a wild time. Her lust for primal battle is only matched by her lust for adventure.

[ O r i g i n S t o r y ]
From about four years old, Bel was raised by wolves. Crazy, right? As far back as she can remember she was left alone in a remote island forest. It's unknown whether her parents abandoned her there, were killed by the wildlife or if it was some other reason. Nevertheless, she would have died if one of wolf packs hadn't taken her in. And she grew up as a wolf cub for the next 8 years, even finding a devil fruit, unbeknownst to her, and eating it.

One day, a ship landed on the island. It wasn't a large vessel but the crew was well armed and ended up killing the wolves, all the while one man demanded and cried for them to stop. Bel had been away from the pack, teaching the youngest of the wolves how to hunt and had returned at the end of the slaughter. At the sight, she flew into a rage and attacked the crew members, her devil fruit powers out of control. They were caught off guard by the wild child that seemingly came out of nowhere. Despite her nimbleness and feral assault, she really couldn't do much to them. And her devil fruit powers weren't strong enough at the time to do more than inflict shallow cuts on the men. Nearly drowned out by Bel's furious screams and the crews shouts to grab her and put her down, there was still the one man calling for them all to stop. Finally, one of the crew members managed to peel her off him and throw her to the ground with no reservations, knocking the wind out of her. He pointed his gun at her and fired. However, the shot did not hit her but rather the shoulder of the elder man that had thrown himself in front of her. The man was an archaeologist who had hired the crew to take him out to sea for research. He had demanded they not kill anything without proper cause as he wanted to study any new species he came across. Unfortunately, they were too paranoid and trigger happy or he was too naive. Either way, it was Bel's misfortune. And so, he decided to take her and the wolf cub she had been out with home with him.

The elder man's name was Solomon Cleargarden. He was a wealthy widower and his own kids had all grown up and left home. He decided to name the wild girl Bel Cleargarden and treat her as his own. She was quite defiant and feral from the start. It took a whole year for him to gain her trust. He taught her to speak, read, and write. Told her countless stories about his youth as an archaeologist and tales of the sea. About his regrets that he had become too old to go out again, that he was never brave enough to venture to the Grand Line. As Bel became more and more civilized, she got along well with Solomon's maids and even started emulating them, including their attire.

Bel spent 7 years with Solomon and came to see him as her own father. However, he was old and passed away. His estate went to his biological children who offered to let her stay but she had other plans. Solomon's stories over the years had awakened a fascination with the sea in her. She only ever knew the forest she was abandoned in and the home Solomon gave her. She wanted to repay him somehow but also go and venture out. Solomon had kept a journal of his adventures from his youth and had always kept a section of it blank with the chapter titled "The Grand Line". So, she decided that she'd fill the pages for him. Bel also decided one other thing. Her own goal and desire. Solomon's journal was his personal treasure and when she fills its pages it will be hers too. So, she'll place it among the greatest treasure the world has ever known, the One Piece. With her wolf brother, Deldro, at her side, Bel set off on her adventure in Solomon's memory. 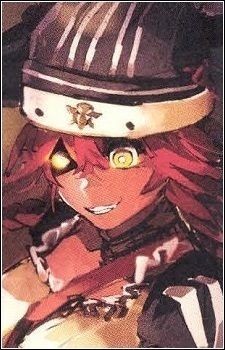 [ A b i l i t i e s ]
Rose Rose Fruit
-
Upon consuming the Rose Rose Fruit, Bel was imbued with the ability to produce and manipulate rose petals, thorns and vines. She can freely determine the size, sharpness, and other factors of her roses to produce a variety of techniques. As a bonus, she always smells like freshly cut roses.

Acute Senses
-
Growing up in the wilderness among animals, Bel has developed a heightened sense of smell, hearing, and general awareness of danger. Her instincts are as sharp as the rose petals she produces.

Hand-to-Hand
-
Bel is quite strong and can hold her own in close quarters. She's mostly self taught so her fighting style is rough, though elegant, so a more proper trained opponent may have an edge on her. However, she's a quick learner and knows how to adapt.

[ T e c h n i q u e s ]
Rose Petal Dance
-
Bel uses razor sharp rose petals to attack her enemies within a few meters of her. She also often uses this as an opening surprise attack, using the petals to disguise her approach, making it seem like she appeared out of nowhere.

Rose Rose Whip
-
Bel creates a long vine covered in thorns and uses it to attack. She can summon two, one in each hand.

Rose Rose Cannon
-
A long ranged blast of rose petals that will shred anything in it's path.

Rose Rose Beast
-
Bel summons forth a giant wolf made of roses and vines to chase down and attack enemies.

Character: Growing attached to her teammates, curb her more reckless tendency's, explore and understand the larger world she lives in

[ A r c S u g g e s t i o n s ]
A light arc where the crew runs into the marine officer who's party Bel ruined at the start of her journey
In Potential One Piece RP → 2 mos ago Forum: Casual Interest Checks
I'm definitely interested.
In DarkHasayo's RP Den [M Looking for F] → 4 mos ago Forum: 1x1 Interest Checks
bump
In DarkHasayo's Chars WIP & Archive → 4 mos ago Forum: Character Sheets
Our story takes place in the Sumire House, a small boarding house for students attending a nearby college in modern day Japan. For the longest time the Sumire House had a strict girls only policy, however at the start of the new school year the Sumire House found itself home to only five boarders, instead of the usual six. Without the rent of a sixth boarder, Takoro Sumire, the unmarried owner of the Sumire House and unofficial "den mother" to anyone staying under her roof, was forced to make a decision: Either raise the rent for her current boarders to compensate, or relax her girls only policy. After much thought Takoro decided on the latter. For the first time since it's founding the Sumire House will host its first male resident.

So, yeah. Something I've been wanting to try for while. A harem RP. I'd need someone or multiple partners who'd be willing to play 3-4 characters.

Pokemon
Normally, trainers start their journeys at the ripe age of 12/13. But, not MC. His childhood was full of medication and hospital visits due to his fluctuatong health. Finally, now 16 and with lots of reassuring his parents, he was finally gonna start his journey. And feeling like he's got a lot of catching up to his peers, he decides to start his journey in a region usually recommended for experienced trainers who want to truly challenge themselves.