STATUS: Going on vacation with the boyfriend. Will be MIA until next Friday! Loves and hugs to all and happy holidays! 4 yrs ago 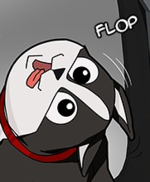 4 yrs ago
Current Going on vacation with the boyfriend. Will be MIA until next Friday! Loves and hugs to all and happy holidays!
2 likes
4 yrs ago
Got back from the weekend with the family and now have Pokémon Let’s Go in my hands... good bye life. I loved you once...
3 likes
4 yrs ago
Staying super busy this week and weekend. Don’t expect responses from me until Monday. It’s D&D weekend!!!!!!!
2 likes
4 yrs ago
Did not get enough sleep last night. Won’t be able to respond tonight as I’m turning in early!
4 yrs ago
At boyfriend’s last night and tonight, then D&D tomorrow. If I get a chance to respond this weekend it will probably only be to 1. Thanks for waiting! 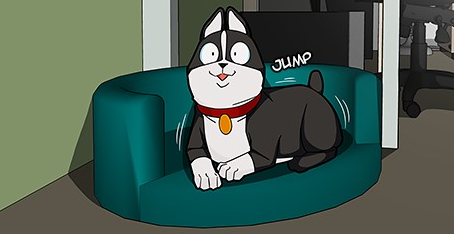 She spent a lot of time hiding her emotionally feelings towards her parents unexpected death in a bad fire. She never knew much about her parents considering they passed away when she was 10 but she always had her grandparents and her beloved aunt. She loves to have fun, goof off and play around. Humor was her biggest weapon to hide her depression and now getting thrown into being a princess and ‘princess duties’ as she had been informed of, she now had more responsibility and while she wants to take this seriously; she finds herself goofing off much more than she had expected.
In Princess... wait... WHAT?! |EasilyAmused x Summer| → 4 yrs ago Forum: 1x1 Roleplay
Today was a day just like any other day. Melanie Ashland woke up in the small house she lived in with her grandparents before getting ready for the day. After washing her face the copper hair colored woman stared at her reflection in the mirror. Her friends had mailed in an application to become the new princess. The king, who lost his queen a while back, never had a child; so he placed the chance to the citizens to become the next prince or princess. Despite her ignoring her friends, they entered her into the contest.

The first interview went well --- she guessed. She enjoyed talking to the people of the council because they recognized her name and knew her parents. While it was sad to hear about her parents, she enjoyed the bureaucrats sharing stories of their parents and some even had the time to share adventures they shared with either her mother or her father. The men and women she had the pleasure of talking to where enjoyable conversationalist and she left in a good mood. The following day she had another interview; this time with the royal advisor and soon the king and queen themselves joined the interview! Excitement filled her as she finally got to see her aunt and uncle-in-law as it was a rare occasion now-a-days. The visit was professional as she was getting interviewed to become the heir of the royals and take over the kingdom despite the fact that she was the queen’s only family member left outside of her parents, surely the king had other younger generation that could easily take over the throne. This was just a time to see her beloved aunt, whom she only wrote to most of the time while still attempting to act professional in front of the advisor. Now she was at home, staring at her reflection in the mirror wondering what was going to happen today? More coffee and tea orders at the bistro but it was a job and she was earning money.

Sighing she dressed in a simple brown dress with a white lace around her middle and a bow tied in the back, she slipped on a simple pair of shoes, pulled her copper hair back into a pony tail with a ribbon and left the house to meet up with her grandparents.

“I’m here!” She announced as she walked into the little shop and shut the door behind her.

“Oh good morning Melly.” Her grandmother called out as she popped up from behind the counter giving the young maiden a fright. Her grandmother laughed lightheartedly at her granddaughter. “You’re always so jumpy.”

“When you pop out of nowhere it’s easy to be jumpy!”

“Hey kiddo.” A voice said behind her and Melanie let out a shriek and jumped away from the noise, only to have her grandfather laugh at her as he carried in a bag. “She’s right, you are jumpy.”

“Excuse me I’m not jumpy you two show up out of nowhere!” Melanie attempted to defend herself only to find herself laughing along. And that’s how her day began.

Half the day went by and Melanie was measuring out tea leafs making a new mixture for the store before the bell went off. “Welcome to…” She began before she made eye contact with the man who walked in. “Sir Alfred?” Melanie said in confusion as the King’s advisor walked in.

“Hello Miss Melanie, I’m here to escort you to the palace.” The well-dressed Victorian man with white hair said with a small bow and gestured towards the door, the king’s carriage waiting outside. Reaching into his jacket pocket he pulled out an envelope and presented it to her grandparents who showed up after hearing Melanie’s confusion. “You’ll find everything you need in these documents.” He said with a polite nod before holding the door open for Melanie.

“Well… if it’s from the King.” Her grandfather said and took the things Melanie was working on and gestured for her to go.

“Okay…” Melanie’s voice was filled with confusion and went out the door, the footman let her into the carriage and as the door shut she looked out the window to see her grandparent’s reaction, they looked shocked as they read through the documents and began to ask Sir Alfred questions. “Wait what’s going on?” She asked in shock.

“Don’t worry about it princess,” The footman said as he climbed onto the back of the carriage, “Sir Alfred will meet us at the palace when he’s finished explaining things.”

“Oh okay.” Melanie said settling back against the comfortable seat before everything finally registered. “WAIT WHAT!?” Melanie’s face and dark blue eyes were pressed against the glass watching the bistro disappear into the distance and this was the start of her new life.
In Play? Play play! -seeking new partners- → 4 yrs ago Forum: 1x1 Interest Checks
@Renia
Well love, when you’re up for another role play on the docket swing back by and we’ll chat okay?
-beams-
-hugs-
I hope work goes better for you and things relax!

-hip bump for thread-
In Play? Play play! -seeking new partners- → 4 yrs ago Forum: 1x1 Interest Checks
-Morning hip bump-
In Duo-Tri-Wizard Tournament |EasilyAmused & EndoTakeo| → 4 yrs ago Forum: 1x1 Roleplay
The invite was met with a bright smile from Astoria, showing her straight white teeth as she nodded thanks in response and settled down across from him. The bright smile never seemed to leave her face as she practically oozed happiness and excitement. Even though this was their 6th year, she was still not used to life revolving around magic. Especially with the lack of magic at home; that and Quidditch, she really missed Quidditch during the summer! Maybe someday she could see a professional Quidditch game.

The thoughts of possible adventures next summer with her friends rolled through her head before she snapped back to reality, realizing that Skyler was talking to her about his summer and her attention fully returned to the world around her and honed in on Sklyer as she listened to his explanation of what he had done for the summer and the instant he explained that he had practice with ancient runes, the blondes gray-blue eyes sparkled with excitement. “Wow! That’s amazing! Yes, yes I am taking Ancient Runes again this year. The idea of being able to study the magical world’s runes is something that has interested me ever since I came to Hogwarts.”

There was no doubt that Astoria’s life had drastically changed since she became involved with the magical world but one thing that never changed was her interest in history. The amount of history and ancient things in the muggle world was vast and interesting but now, NOW Astoria had a whole new world to play in and she couldn’t wait to get a chance to do so.

Her eyes expanded as she stared at the young man across from her, not only did they expand but the twinkled with questioned and excitement. “What does your father do for a living that gets him to visit ancient runes?! Not to mention take his son along!”
In Play? Play play! -seeking new partners- → 4 yrs ago Forum: 1x1 Interest Checks
@Jannah
Hello Jannah,
I actually do not do discord.
So I'll send you a PM on here and we can discuss things further.
-beams-
-nods-