STATUS: Happy Holidays everyone :) Wishing you all a very Merry Happy Time. xx 2 yrs ago

2 yrs ago
Current Happy Holidays everyone :) Wishing you all a very Merry Happy Time. xx
2 likes
2 yrs ago
Apologies for being gone so long, if I owe someone a reply. Please remind me, as I may have forgotten.
1 like
2 yrs ago
Sorry for my absence, things have been rather busy. Due to moving at the end of next week, I will not be online for a long while. Until I get wifi again, once I get settled in my new home.
2 yrs ago
Sorry for being gone, things have been busy for me. Will try and post when I can...but might not be around much.
2 likes
3 yrs ago
Apologies to everyone, things have been busy rl. Will try and post soon as I can. 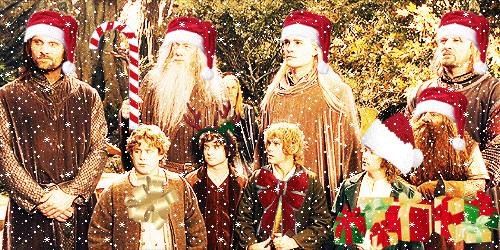 Honestly, at the moment don't even have time for that lovie.
In Middle-Earth: Bright Stars & Durin's Folk { Wolf & Angel } → 2 yrs ago Forum: 1x1 Roleplay
Gimli was both shocked, to hear that Yavanna was related to the 'Lady of the Light.' But then again, somehow it would explain where her power, strenght came from. And somehow it made him a little bit scared. Wondering how Scary Yavanna could get, if she got angry. He didn't want to find out for sure.

As they made their way towards Lothlorien. Yavanna felt like she was coming home. Of all the time she had spent in Middle Earth. Here, had been one of her favourites. It was her second home. Hearing Gimli mumbling to himself, she couldn't help but roll her eyes into the back of head. Shaking her head, clearly he hadn't learnt. And his grumbling had drawn attention. As she heard a familiar voice. Yavanna smiled to herself, seeing a blonde haired Silvan elf step out of the darkness. Squeezing her way over to Gimli "I know he's got a sharp tongue on him sometimes, but doesn't mean you have to poke his eyes out." Her hand reached out, shifting the arrow away from Gimli's face.

"Weapons dad! Mín don't foeg anui harm." (Weapons down! We don't mean any harm). Yavanna's smooth velvet voice commanded. Recongizing the voice of the young Princess...all bows and weapons lowered down at her request, bowing down in the presence of the Princess. "Your majesty." the elves greeted her. Yavanna may have not been their Queen, but they all had tremendous respect for the young Princess.

Kili looked slightly shocked, at how easily they followed Yavanna's instructions. Obeying her, like she was their Queen. The respect they held for her must have been great. "Does she know, all the elves of Middle Earth?" he asked whispering to Legolas.

Seeing one elf, still had his weapon up. Yavanna smiled a little playfully. "That command, goes for you too soldier. Or do you prefer to greet even your old friend and student, in such a way?" Yavanna asked Haldir teasingly. Of all the people here in Lorien. Yavanna was glad to see Haldir. He had been one of her eldest, dearest friends and her mentor. As a young child, she would have always admired him, and watched him train. Their bond and friendship, becoming that like a brother and a sister.
In Middle-Earth: Bright Stars & Durin's Folk { Wolf & Angel } → 2 yrs ago Forum: 1x1 Roleplay
Good luck on your finals. Fingers crossed, it'll go okay.

"Not that God-forsaken place!" Gimili huffed, as he heard Saeril's suggestion of Lothlorien. "You'll be bringing us into the grips of en evil elf-witch that roams those grounds." It seemed like Gimli believed, the rumors about Lady Galadriel. How she cursed people with her beauty.

At the mention of Lorien. The place that Yavanna had always treasured close to her heart. It had been like her second home, for she had lived there for at least 25 years at one point. If not even longer, aswell as counting every Summer of her Childhood that she spent there. It was one of the safer places to go. "Gimli...mind your tongue. She's not evil." Yavanna spoke to the Dwarf, trying to keep her voice from shaking, but it was still coming out uneven.

Kili had to lean over to try and regain his breath. Tauriel closed her eyes, to suppress her own sadness. Trying to keep strong for the rest of the group, especially the mourning Hobbits and Yavanna whom seemed to be taking it the worst of them all.

"My dear, you are too young to know of whom I speak." Gimli said shaking his head at Yavanna. "The poor child, doesn't even know who she is defending." Or so he believed, he was in the right.

"Gimli, son of Gloin!" Yavanna raised her voice in slight annoyance. "Do not dare think me too young! If anyone knows the most about Lothlorien and about Lady Galadriel, among us. It's me! She is my grand-mother! I've known her all my life, I've lived with her for over 25 years...I know her better than anyone." Yavanna had told Gimli off, not in a harsh manner. But to let him know that she wouldn't put up with insults that were based around her family. She knew more about her grand-mother than most. Especially more, than anyone else among the company.

Gimli turned a little pale in shock. "G...Grand...mother?" he looked stunned. She was related to the eldest and most powerful She-elf/witch in Middle Earth?
In Middle-Earth: Bright Stars & Durin's Folk { Wolf & Angel } → 2 yrs ago Forum: 1x1 Roleplay
Once Yavanna helped get Aragorn and Frodo safely, on their side. It was a relief nothing happened to them both. The piece of bridge falling into the abyss once it no longer had them on it. But the chase carried on. More arrows seemed to be zooming past their heads in the process...luckily all of them seemed to be able to dodge them. With Yavanna occasionally using her powers to deflect them.

Hearing the beast barge in through behind them. Yavanna's first instinct was to run and help Gandalf whom braved the monster alone. But she could feel Legolas' arms restraining her; from running to help the Wizard and protecting her. Her eyes widening in horror as the scene unfolded before the group's eyes. "Gandalf, watch out!" Yavanna yelled out...but it was too late. The beast that was falling into the darkness, hooked onto Gandalf's ankle before she could even finish her sentence.

Frodo's screams and cries for Frodo; caused Yavanna's heart to ache even more. The Kind Elderly Wizard that Yavanna had known her entire life; a dear friend to all was gone. Fighting the tears in her eyes.

As more arrows zoomed past their heads...the group managed to stumble out of the other side of the mines. And into fresh air...where Frodo pushed away from Saeril...walking away from the group in tears...whilst the other hobbits all collapsed in tears on rocks.

"We should go!" Boromir voiced. It wasn't safe to stay near the caves. They needed to get away from there-it was like he was almost alien to what had happened. He telling himself, he had no time to grieve for the dead.

"For God's Sake! Give everyone a moment!" Yavanna snapped at the Prince of Gondor. "We just lost Gandalf, have a little compassion!" Yavanna's voice was shaking; as she herself was close to breaking in tears. Kili and Tauriel were shaken up by the events that had happened aswell; the grief written across their faces too; everyone had been fond of Gandalf.
© 2007-2017
BBCode Cheatsheet