In Secrets of Arrow Oak → 13 days ago Forum: Free Roleplay
I was in the middle of writing when you posted, so I get the first post after you lol
In Secrets of Arrow Oak → 13 days ago Forum: Free Roleplay
Zephyr rolled his eyes so hard he thought it might have been audible, while he wasn't thrilled about his gift there was nothing he could do to stop Eris from making jokes, and she had been making them ever since he told her about it years ago. Killian nudged his leg and Zephyr started rubbing his head, "and hello to you too Killian, the best boy in all the land." Zephyr was generally more a cat person, but he liked dogs just fine, and Killian was indeed a very good boy. "To answer your question Eris, you know how I feel about adventure. And I know how you feel about it, I doubt I'll be convincing anyone of taking some boring path."

Conan got there as Eris was choosing a path for them to take, Zephyr gave him a nod, "sup Conan?" He heard Eris mention it being too cold to swim and Zephyr scoffed, "not warm enough to swim? That sounds like quitter talk. I brought my bathing suit and I intend to use it." Of course he had an unfair advantage because of his gift, but the sentiment still stood.

Before he could get a reply about the swimming Ella nearly crashed in to them with her bike. She landed and her bike skidded a bit away, Zephyr grabbed it and walked it over to her, "you alright Ella?"

In Secrets of Arrow Oak → 16 days ago Forum: Free Roleplay
Ya, sorry, I've been having some long days at work the past week. Totally fine if you move us forward in the story, I should be able to post something by Thursday
In Secrets of Arrow Oak → 23 days ago Forum: Free Roleplay
The chill in the air didn't bother Zephyr, a nice side effect of his gift. He had taken a few days off work for this trip. Normally he'd much rather use his time off to catch up on his massive backlog of video games he had to get through. But he never could say no to Eris and her desire for adventure, and as much as camping may not be his ideal vacation it would be nice to catch up Eris and the others.

He had spent the day making sure he had everything he would need for roughing it in the woods. Most importantly was a self inflating air mattress, Zephyr had slept on the floor of a tent with only a sleeping bag before and never again would he subject himself to that. His back got a little sore just thinking of it. Once he was satisfied he had packed all the creature comforts he would need he got in his car and started a drive to the campsite, listening to an old favourite episode of a podcast he loved.

He got to the spot and despite priding himself on being early to most things he found he was the third of four to get there. Oh well, at least he wasn't last. He got out of his car and stretched, despite not minding the long drive he still felt sore after sitting and basically not moving for a long while. "Heya girls, long time no see." he casually walked over to them, still stretching his arms over his head.
In Secrets of Arrow Oak → 27 days ago Forum: Free Roleplay
I was so excited to join and it's been so long since I joined a new RP I kinda forgot you should post a CS in the OOC for approval first. Oops, sorry about that @QuinnWolfe, didn't mean to overstep myself there
In Secrets of Arrow Oak → 29 days ago Forum: Free Roleplay 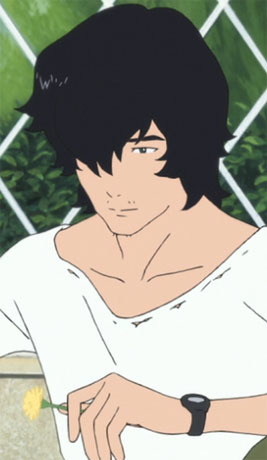 Personality: Zephyr is a very laid back individual, he could spend an entire day doing nothing and he would consider that a day well spent. He doesn't like rushing in to things, but usually with a bit of coaxing he's willing to try new things or even go on an adventure. There is something deeper to Zephyrs personality though, he doesn't like getting angry and it takes a lot to get him there. When he does get angry though it's advisable to stay clear, as he's liable to hurt anyone in his way.

Bio: Zephyr never wanted an exciting life, so of course he had to be one of the many people in Arrow Oak who was anything but normal. He finds his ability neat but he doesn't like people making a big deal out of it. He's always tried to keep it on the down low, even when he was rather young. It helped that he didn't have many friends in his youth, he'd much rather have had his head in a book than talk to people. That didn't stop Eris though, and something about her endeared Zephyr to her. They had plenty of good times, even though from the outside it would seem they were quite the opposites. Currently Zephyr is a package delivery driver in the city, giving him a 45 minute commute both ways. He still practices a bit with his ability, just in case something crazy were to happen, it's better than having a gun.
In Secrets of Arrow Oak → 29 days ago Forum: Free Roleplay
I am going to take the role of best friend, should we use real people for pictures or are drawings okay? The picture on your sheet is broken so I can't follow your example @QuinnWolfe
In Secrets of Arrow Oak → 30 days ago Forum: Free Roleplay
Awesome, I think I'd like the role of best friend. Also I'll probably be waiting until you post Eris to post my sheet, I like seeing the GMs character before doing mine
In Secrets of Arrow Oak → 1 mo ago Forum: Free Roleplay

I appreciate the questions! & there's plenty of room :)
Gifts don't have to be as minor as my own character but they also shouldn't be like.. God level either, if that makes sense. Half-fae and changelings generally would have a wider range of abilities & will get different reactions from the fae given that they themselves are fae/part fae. I imagine they would probably have a natural affinity for fae languages & the ability to learn new magic beyond what they are born with (as opposed to humans who must be gifted it). Not so much pertaining to powers, but changelings are more likely to be outcasts and have more of a subconcious awareness of what they are. Like they wouldn't know they are a changeling but they would just know they are different for some reason.

awesome, I wasn't going to do anything insane. I'm thinking of a human with "the gift of flame" basically a firebender, but obviously at the start it'll just be minor stuff. I could even be the sibling/best friend if no one else has claimed those yet
In Secrets of Arrow Oak → 1 mo ago Forum: Free Roleplay
Hey, so I saw the Int Check for this RP and thought it looked cool. It seems like there's room since you said you were looking for 2-6. Just curious, how powerful should gifts be? I saw Eris can speak to animals, should they all be that minor? And what exactly can half-fae and changellings do? I only ask so many questions because I care <3
© 2007-2017
BBCode Cheatsheet