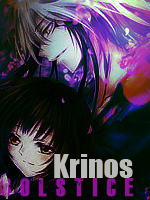 Posting and replies will be limited due to my upcoming transplant on the 22nd of June. I apologize to everyone waiting on me in advance.

Suppose I can say a few things about myself.

My name's Josh, I happen to enjoy roleplaying(obviously), a bit of gaming now and then, and watching anime from time to time. I'm typically hanging around here somewhere, or sitting in Chat. If you want to speak to me there, feel free. Wouldn't be opposed to VM's either. You can also add me to Skype if you so wish, I'll put that up at the end. I typically do 1x1 roleplays, though there are group ones I do, provided the plot is interesting enough. Anyways, suppose that's all for now.

*is hugged and hugs back* Hello to you too, dear Cara. ^_^
In Cara's Originally Titled OoC Hangout Thread ♥ (Still) → 5 yrs ago Forum: Off-Topic Discussion
*peeks in*
In Bot Reporting 2.0 → 5 yrs ago Forum: Suggestions/Problems
Here guys. He doesn't wear a suit, at least, not anymore. His eyes are also multiple colors, depending upon lighting, emotions, situations, etc. It's similar to time in a sense, ever changing, never staying the same color for long. This is mostly due to the effects of being in the Vista for as long as he has been.

Origins: Almaea (A small village that nobody particularly cares about.)

Personality: Kito is calculative, which comes with being head of the village, and one who has studied time immensely. He is protective of not just his village, but of those he considers friends and allies. He is kind, though if one were to anger him, they would feel his wrath. He can be cruel to those who anger him as well. Those who are Branded are forbidden to enter his village, let alone live there, for he strongly believes they are ill omens and will bring about untold chaos and destruction.

Likes: The people of Almaea, studying time and it's various effects, Epoch's allies, and Epoch.

Dislikes: Branded, those who threaten his village and it's citizens, the enemies of Epoch, those who hinder his plans to expand his village's influence.

Backstory: Kito was born and raised in Almaea, though he was typically ordinary, not born under any special star or something. He lived a normal life until he heard rumors of a Vista that was warping time itself; some things were slowed down, while others were sped up. This interested Kito, so much that he immediately began to study everything he could in relation to time; typically reading fiction books and talking with those who had experienced the anomaly in the Vista itself. Despite this, Kito had an ambitious goal of his own, it was small and simple, gain favor among people. Then as he became more and more popular, it became more and more trickier to further his plans, until it came to him one day. He decided to try to become the village head, though that trial in itself was quite arduous and he was shown no mercy. However, when all was said and done, he came out on top. As the new head, he was given a great deal more options, beginning with the mining of the mountains nearby and the production of pelts. He refused to let his people become a target for others, deciding to create the town's first real military force, though it was small. Over the next few years, Kito was able to increase the villages' influence in the region, which in turn allowed them to have open trade with one of the larger cities. This allowed his new military to be put to use, as they regularly guarded caravans coming and going along the trade routes. Eventually Almaea became slightly known for the quality of it's furs and gemstones, though Kito was the only one who knew the secret behind why they were so high in quality. Eventually a civil war broke out between Almaea and another minor town Gatsura, though with Kito's experienced military, the war lasted no more than a year and the town was taken control of by his forces.

Eventually he took it upon himself to venture to the location of this Vista, which was quite the journey, though it was worth it once he arrived. He saw things there that defied all logic, past and future existed in the present. He could see things from before the Vista's existence, when the land was flourishing with animals that grazed on the grass of the mountainside. He also saw the future of the Vista, blood and darkened skies, the world appeared to be in chaos. He remained there for several years, watching, learning, writing everything about the Vista and it's ability to show different time periods. He had also trained with his weapon there, wishing to keep his skills sharp should he need them. Many who came to observe the phenomenon were often greeted by Kito, and he often explained what sort of Vista it was, though they all laughed at him when he spoke of seeing a devastating future. Then it happened, one night he heard it, the voice. It spoke to him, whispered untold secrets and promises of power should he desire such things. In the dream, he saw a being vastly larger than any human, surrounded by gears and random clockwork. He assumed this being to be a God, though he was corrected and learned the being was actually a Titan.

It was then explained to him that the Titan's name was Epoch, and that it shared its name with the constellation it shared in the night sky. Kito came to learn that the Titan had been in search of a champion, as it couldn't simply manifest itself on earth, lest the world be destroyed by such an event. It was then explained to the male that many had come to see his magnificent Vista, though nobody had heard him, let alone showed much promise to advance his own plans and goals. Kito had been the first, he seemed to understand the workings and concept of time. Kito knew much, but the secrets Epoch had revealed to him enlightened him further. Upon waking from his dream, Aizen took his sword and stabbed it into the ground, it was a materialistic object he had carried with him for years. Now that he understood what time was like, he no longer saw a need for the weapon, time would be able to provide him with what he needed from now on. After that day, he had returned home, immediately setting to work his own plans to assist in Epoch's own ambitions. To begin with, Almaea had once worshipped an unknown God, but he changed it to worshipping Epoch. After the change, he had decided to keep the Branded out of both villages, even though they had been allowed to pass through in the past. Kito didn't trust the beings, and for good reason, one glimpse of the future saw such a being kill someone.

Currently, Kito manages both towns, and though Gatsura's citizens are still slightly upset with his rule, they are cooperative. As such, they reap the benefits of his protection and also share in the workload, providing high quality pelts and gemstones to multiple cities now. Soon Almaea would become the region's trading hub if things continued in this fashion. Due to his diligence in pushing Epoch's own agenda even further, Kito was given a unique talent tailored just for him, the ability to use unused parts of time to manifest a weapon. The weapon wasn't enchanted or anything, it was simply a physical manifestation of time and allowed Kito to defend himself should he so need to. The sword was large enough to hide behind, though it was weightless in his hands. If another tried to use the weapon, they would find it impossible to even lift. Kito had decided to name the weapon Bastu before returning it back to it's original state of unused portions of time.

Skills & Talents: Ability to manifest a large sword made from unused portions of time, able to come up with strategies even under pressure due to his studies of time.