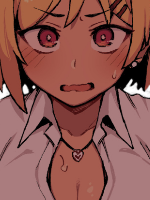 6 yrs ago
Current Awooooo
6 yrs ago
Dear everyone. I know I had a little burst of energy and time to reply but I lost that kinda quick with work again :c I'll reply soon. You're not forgotten.
6 yrs ago
Sorry I've been silent lately. Work has got me running ragged. I'll reply to everyone soon enough :c
6 yrs ago
I gots a Bluetooth keyboard for my phone so now I can make replies from work c:
2 likes
6 yrs ago
I'll be home in two hours or so! Than I'm available all night again!

Feel free to check out my interest checks and send me a message anytime!

I'm looking to play either role but I am absolutely fine playing 'the world of women' while your character is a futanari infact I'd prefer that setup I think. As for specifics of the plot, I would be happy to work it out with interested parties. The basic jist would be a virus kills off all men and for a time things are chaotic but stabilize but no new men can ever be born and population will start to decrease and possibly go extinct without a solution.

So through some plot device futanari come about but there is only one of them so as a result they're given complete freedom to do whatever they want with whoever. They're invaluable so as far as plot points they could be targeted for kidnapping or assassination by other world powers or organizations etc.

Smut to plot ratio like 3-1 though. If you're looking to play the Futa, I'd introduce a revolving door of characters and you can freely go through the world how you want and interact with any of them you like. Only want to use anime character references as well and keep body proportions realistic. Not against mixing in some more fantasy things though like nekomimi if you'd want those.