STATUS: @CleverBird Don’t! That part was so distressing! 1 yr ago 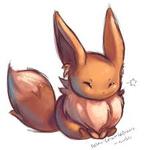 1 yr ago
Current @CleverBird Don’t! That part was so distressing!

In Metro 2037 → 1 yr ago Forum: Casual Roleplay
@TreueHey, sorry for the delay in getting back to you, my health hasn't been great lately and I've took a break from rping until I recover properly.
I may still join this roleplay but for now, I'm not really in the position to.
Sorry about this :/
In || The School of Death || → 1 yr ago Forum: Casual Roleplay
Thanks everyone, I appreciate it greatly!
Hopefully I’ll be able to return later on ^^
In || The School of Death || → 1 yr ago Forum: Casual Roleplay
Hi guys...
I'm afraid I'm going to have to bow out of this roleplay - my health over the past couple of weeks hasn't been great and it's taken a turn for the worse, to the point where I'm probably not gunna be around much for the next few weeks.
The roleplay is going well, and it has some fantastic characters with equally fantastic people behind them, and it hurts for me to leave it so soon, but I hope it becomes one of those roleplays that last for years ^_^

Alexander was glad that someone had decided to join him, and it was none other than his potential hunting buddy in the future, this would be an ample opportunity to see what type of person she was, but perhaps beyond that it would be nice to talk to someone from his home country, and someone who was a member of the families related to this school he could stand to learn a great deal from a conversation with her.

”Great! I’ll just grab a few things from my room and I’ll meet you at the door.”

Alex made his way upstairs and found his room, a sign on of the doors marking which one was his.
Upon entering his was stunned slightly, he was room was so big! Well, in comparison to his old room, it was easily twice the size, it also had a lot of things in it which he had never owned in his life, a PC being one of them.
Perhaps the most perplexing was the fact that his rifle from back home was leaning against the wall nearby his violin and a stand where you can read a music sheet from, as well as a little stool that looked rather ornate to be something as simple as to sit on.
They must have thought it would be a little strange for a hunter to be without a tool to hunt with, he was grateful for that at least.

Alex found his bags and rifled around in them abit, withdrawing a knife in it scabbard, which he put in his jeans pocket, and an object that looked like a marker pen - it was a fluorescent chalk, it would serve as a marker in the night until he got his bearings in the woods around them, that was all he needed really.

He made his way downstairs and waited by the door for Alexandria.

Alexandria herself on the other hand also took a little detour to her own room. But for a different reason than Alex as she already had everything she needed (her gun) on her.

She kinda needed to go to the bathroom first.

Only now after she finished talking with everyone that she realized her need. Squirming a little, she headed upstairs immediately to find where her room was.

Once inside, she was once again surprised by how spacey and comfy it was. It was almost as luxurious as her own room back home. She had a bookshelf to put her books in, a wardrobe to put her clothes in (with a large dressing mirror on the side), a shoerack to put her shoes in, a pair of study chair and table, and even a desktop computer (she had no time to check its specs right away unfortunately).

And the bathroom, it was just as luxurious, if not more.

It had both a shower and a bathtub, giving the option of a quick bath or a long, relaxing one. She saw all sorts of fragrant soaps she could use for the latter. There were also shampoo, conditioner, and a pair of toothbrush and toothpaste. And of course, there was also a towel as well. All adding to that, there was a large mirror built into the wall and a hair dryer as well.

After relieving herself, she returned back downstairs. She saw that Alex was already waiting for her.

Alexander turned to see that Alexandria had not decided to to change her clothes into something more fitting, it wasn’t exactly warm outside afterall, but each to their own.
”Yes, let’s.

The pair made their way outside into the chilly night air, the clouds were sparse, and stars littered the night sky, a waxing moon was giving a small amount of illumination as well, it was really quite serene and idyllic.
The woods themselves surrounded their new home and it was evident straight away that they didn’t quite seem like any normal grouping of trees.
It seemed like they absorbed sound in a similar sort of way snow or fog does, it’s like there was a barrier between the path and the woods themselves, it also felt as if there was something lurking in the depths of the shadows, but Alex just thought that was the nerves of a new place acting up on him.
Alex, and Alexandria made their way to the edge of the path and peered into the darkness, where Alex broke the silence. ”It seems kinda eerie in there, I can’t really place it though.”
Turning to Alexandria, Alex asked ”Do you think there’s any demons in there?
“This close to the dorms? No, I don’t think so,” she replied. “That would be too dangerous for the students, especially since we’re newcomers and all.”
She might said that but she still looked around warily around the dark woods.
Never hurts to stay cautious after all…

Whilst her words provided a small piece of confidence, the memory of the headmaster nonchalantly talking about sending students home in bodybags did give rise to some concern in his mind, but if there was anything truly dangerous in there, they would most likely have been informed.
”Well, I suppose there’s only one way to find out… Alex made a step over the threshold into the woods, nothing really changed much, it just seemed darker - to be honest Alex wasn’t quite sure what he expected to happen.

The pair began their short excursion into the some unknown territory, it remained uneventful and silent for a few minutes until Alex came across a sycammore tree, he found it quite odd considering that was the only one he could see and the climate didn’t really seem to suit it, he put the thought aside however as he pulled out the fluorescent chalk from his pocket and marked it, over the coming weeks this would be one of many he’d make, it what he’s done for most of his life after all.
Alex spoke as he put away the chalk ”Hey, I heard a lot of talk about families back when we made introductions - are a lot of people’s families important here? I know that it’s got something to do with Scion’s and Legacy, but not sure what exactly…
“What, you don’t know?” Alexandria replied, her voice sounding a little annoyed. “The Legacies are direct descendants of the thirteen original apostles of Charon! Scions are the less-than-direct ones, and then you have the greenhorns that are not related to them in the slightest,” she explained. “It’s natural then that Legacy students are held with the utmost importance as well as given the most expectations.”
Alex didn’t really understand the gravity of what was being said, but he had heard the name Charon before, it was a greek god or something and the name of one of Pluto’s moons.
”So, you’re a Legacy student of… Lionheart right? Alex hoped he had remembered correctly she seemed a bit annoyed by his lack of understanding.
” What’s your family like?”
“My family?” Alexandria paused for a bit before answering. “They’re… fine. They can be a little harsh sometimes but that’s only because they want the best for me,” she explained.

Alexander nodded in reply, he wasn’t quite sure of his own, well, they have disowned him now, but still it seemed difficult not to think about them from time to time.
They’ve been walking aimlessly for a while now, And Alexandria was starting to feel bored. Nothing was really happening, and there weren’t really any sights to see as it was pitch black around them.
“So, should we return soon?” she asked her traveling companion. “I think that’s enough night air for me already.”
Alex was in agreement, honestly, he thought there would be something interesting in the forest, but was mistaken.
Ah well, there’s going to be plenty more opportunities to explore in the future.
”Yeah, I think that’s a good idea, the cold is starting to get to me now as well.

And with that the pair headed back the way they had came - marked by the fluorescent chalk Alex had been using.

Thankfully a few of the people present offered some kind words and reassurances to Alex, as well as this it seemed that he wasn't the only greenhorn here, a small blessing but it was comforting to know he wasn't alone.
The girl would shared a very similar name to himself offered her hand, which he shook with a smile, turns out he might have a hunting companion as well, honestly it had surprised him that she said that, he had not taken her for the hunting type, of animals at least, demons he could believe.
"Yeah that would be sweet, it would be nice to hunt with someone pleasant for a change." Alexandria, or small Alex which might help in breaking confusion between the two would make for a far better hunting companion than his father did.

Alex gave a warm smile to Mei as his response, he had to admit he was glad he decided not to slink off to his room, he was actually enjoying being around others for once.
Well, some of them at any rate, one of the new additions threatened a dog... he threatened a service dog.
What sort of backwards self-conceited arsehole does that? The guy got a grilling off the others as recompense but Alex decided not to say anything about it.

Shortly after that commotion, a suggestion was made towards the group by Lucas, which was ridiculous, but at the same time it had piqued Alex's interest, at long last he would be able to see something that he had always thought to be nothing more than fairy tales, he didn't know what a Kappa was but Lucas referred to something called Pokemon, perhaps they were related? It would have to be something to ask, not now though, as it seemed most people were calling it a night and going to their rooms.

Alex still wanted to see what the surrounding woods were like though a nice walk through nature would help him relax in this strange new world, as well as that he could start making some markers as well no doubt these woods would be the host of a number of trials for the new students, so he may as well get acquainted with them.
"Hey, I'm going for a walk in the woods for a bit, if anyone wants to join me they're more than welcome." Hey, he didn't stutter that time, Alex is starting to get comfortable already, hopefully someone would join him though, if not a nice quiet walk in the night would be equally enjoyable before he called it a night.
© 2007-2017
BBCode Cheatsheet