STATUS: Anyone else ever get jealous of their character's weapon(s)? 4 mos ago

4 mos ago
Current Anyone else ever get jealous of their character's weapon(s)?
4 likes
4 mos ago
When you spend hours upon hours hunting for the perfect--or at least near perfect--character picture online, then stumble on one that works... already saved in your folders.
12 likes
6 mos ago
When you're writing a dark, brutal scene, and your playlist throws in an Irish jig.
9 likes
9 mos ago
Writing is creating both images and music simultaneously. Tangible, yet not. Good writing must flow, must sing. But above all, it must make us feel.
6 likes
10 mos ago
Sleep schedule? What sleep schedule?
8 likes 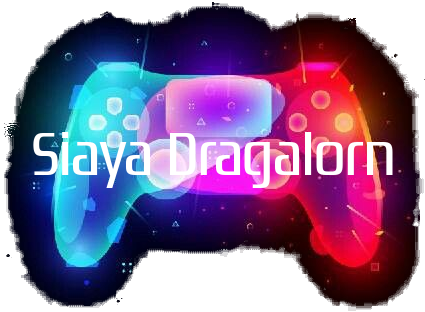 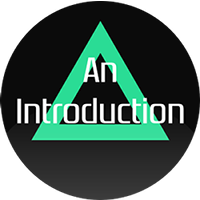 Time Zone? Mountain Standard Time (GMT-6).
Country? United States.
Gender? Female.
Age? How rude. But if it matters to you, I'm well over 18.

First thing's first: feel free to call me Siaya! I'm a nocturnal girl for various reasons, and have a deep love and appreciation of the night and dark. I love reading, writing, and most things fantasy and paranormal. I have enough collections to make a dragon jealous, and more hobbies than I can keep track of, including crafting.

For a fair warning, in my experience, I'm a child's humor with a teenage personality wrapped in a body occasionally required to masquerade as the adult it's supposed to be. It's a mouthful. I know. Possibly because of that, I tend to gravitate toward the Children's and YA sections in media and even in my own writing. Which, however, isn't to say I don't like anything geared toward "adults." I'm a sucker for tastefully dark stories, but we'll save that for the "Preferences" section below.

I've been an ardent servant to writing for well over a decade. But I'm far from the best, and am always looking for ways to improve. I highly encourage constructive criticism, both receiving and giving it, if requested!

On the roleplaying front, I've been involved in some form it for nearly as long as I've been writing, including play-by-post prior to joining the Guild. So, I have a decent feel for what I'm doing here, though there's always room to learn and improve!

If you want to chat and/or roleplay (again, preferences below), message me! Promise I won't bite. Too hard. 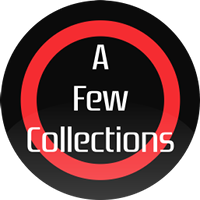 Because they always make for interesting conversation starters.
Some I've had since gradeschool, others are just budding. 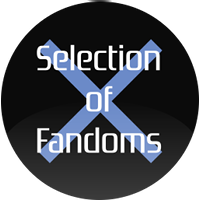 Would take a lot to convince me to roleplay a fandom.
Another good icebreaker, through.
List in no particular order, eternally incomplete,
and subject to change. 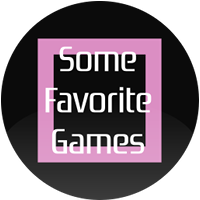 'Cause it'd be a crime to not have this as a section.
Especially considering the profile theme and all.
List is a WIP. 'Cause I'm lazy like that. 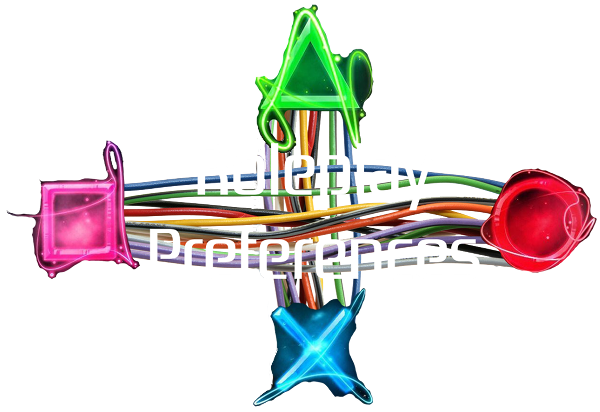 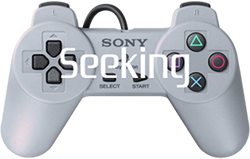 1x1: Depends. How patient are you with waiting for posts right now?
Group: Not my cup of tea. So no thanks.
PMs: I don't roleplay this way, but am always up for chatting! 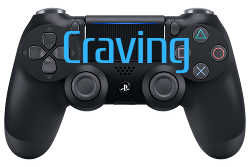 ~ Could always do with participating in a good, dark vampire story.
~ Been feeling kinda piratey lately. Cutthroat fantasy/horror adventure, anyone? 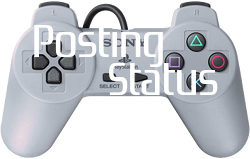 As of 1/28/20:
Hoping things have settled down now for at least a while.
If all goes well, expect posts daily to once a week when applicable. 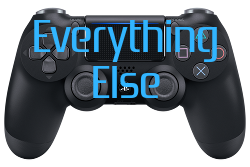 (Sorry, I know it's long. What can I say? I know what I like--and don't like.)
~ Character Gender: No preference. I'll gladly play a main male or female main character(s). No doubling necessary.

~ Multiple Main and/or Side Characters? Yes to both! Side-characters are a must--worlds are filled with people, after all. But I can be quite content with playing only a single MC.

~ Character Age: Under and over 18. My MCs tend to be (or appear) between 15 and 19 since I feel like my own mentality best matches that age range, but I can and do play characters 20+, especially with side characters. Even if 20+ in an MC is rare (but not off the table!) for me.

~ Swearing: Keeping it to a PG-13 requested of a partner in IC. Personally, I don't like or use it, but with the media I consume, I'd be a hypocrite to request an abstinence of it if it's your typical style.

~ Sex, Smut, or Whatever Else You Wanna Call It: No. Not gonna happen. So don't ask. While I've written for and don't mind flirtatious characters, I don't write anything more intimate than kissing. Which means I won't even lead up to a "fade to black" scene.

~ But, Romance? Love Interests?! I do enjoy the presence of a REALISTIC love interest for characters, and romance without the smut. But not having romance/love interests wouldn't be a deal breaker for me; it's all about story and characters in my book.

~ Gore and Violence: BRING IT ON! I enjoy physically (and mentally) torturing characters more than what's probably healthy, and like reading about/writing for/RPing with cruel characters. So, I have no issues with--and even encourage--characters getting hurt, blood, angst, and violence.

~ Writing "Level": Advanced, with the occasional casual/high-casual. See "Recent Posts" below for writing samples if desired.

~ Usual Post Length: Varies. No fewer than 150 words, to 1,500+. Roughly 500 average. Expect LONG loner and plot-heavy posts from me. In general, the more you give me to work with, the more I'll give back.

~ Requested Partner Post Length: Sometimes, IC circumstances don't leave much to do before you have to wait for your partner. That said, I don't deal with one liners or frequent painfully short posts that don't give me much to work with, add to the situation, or move the story forward in even a small way.

~ Grammar and Spelling: I won't yell at you for occasional mistakes (I make plenty), but if I feel like I'm having to decipher my partner's every post like an ancient tome written in a runic language, I'm likely to drop.

~ Posting Speed: Some days I can do one or more, others one a week if I'm lucky. Excluding October to December. Things get extremely busy then for me each year, so posting slows drastically, or halts those three months.

~ Partner Posting Frequency: As long as I know you're still interested despite absences, I really don't care. I've had (and have) some partners who post once or more a day, and others who post once a month+. Life sucks. I know. Take your time. This is for fun, not something that should be stressed over! If I like our story, I'm won't bail on you for slow posting.

~ General Posting Availability: Unpredictable. See the top of this section for semi-current updates. The only thing commonly consistent is that I'm more likely to post after 10pm MST, since I'm on a nocturnal schedule.

~ Other: Admittedly, I suck at giving notices of disappearances, but I'll do my best to give them for planned extended absences. Lastly for now, don't feel shy to give me pointers with my writing! I LOVE feedback and discovering areas I need to work at.

That's all you can do, really, isn't it? Make the most of things? I remember you saying you were working on doing everything necessary to fully get out of the Navy. Glad it finally went through! Sorry things have still been hectic, though.

Been okay. Still alive and mostly well, that's for sure! Going to end up moving to another state here soon, thankfully. Can't wait for that, but getting there's been a pain. And it's been delayed thanks to the dang virus.
In My swimming instructors a dragon. [Mortim / Siaya Dragalorn] → 5 mos ago Forum: 1x1 Roleplay
AAAAAHHHH! *Tackle-hugs you.* HI! Welcome back! :-D It's been a while! I hope things are going okay for you, and that you're staying safe amidst all the recent insanity!

Since it's been a while, I probably should back-read a bit, but will get to a response as soon as my brain lets me. I've quite missed this RP, though.
In Cirque du Sombre [Siaya Dragalorn & Summer] → 5 mos ago Forum: 1x1 Roleplay
Arla shrugged at Rayth’s response, adjusting her hold on the door flap. “You should smell the locker room after track practice. Besides. Aren’t—” she cast a quick glance through the opening. Though no one else stood nearby that she could see, she lowered her voice, all the same, “vampires supposed to have super-smell or something?”
She watched him as he stepped toward her, doing her best to ignore the impulse to step away. She shrugged again at his dismissal of her perfume idea, pretending she knew what Eau de Déchets meant outside of apparent context. “Hey, it worked for Monster’s Inc.”
She raised her brows at him as he passed, adding another epithet to her list.
“Woof, woof, Count von Count,” she said, letting the flap fall back into place, refusing to let him have the last line of banter.
She hurried to catch up to him, once more keeping herself between him and the party-goers.
The music from the after party still drummed through the warm night’s air, but conversations had died down, as if a majority of the guests had left. Her brows furrowed. She had no idea what time it was, but it seemed a bit early to call it a night, even by normal standards.
Wondering how many people still remained, she started to turn her head toward the covered festivities. Rayth’s voice called her attention fully back to him before she could get any kind of good look.
She ran her tongue over the back of her teeth, debating on how much to tell him. She’d practiced a cover story, down to a fake ‘hometown’ if she could get away with it. With a mental shrug, she decided the vague truth wouldn’t do any harm.
“Sorta,” she began, matching her pace to his. She looked upward to him, even the boy towering over her. Though, that wasn’t exactly the hardest thing in the world to do. “Just outside Los Vegas.” She cocked her head slightly, curiosity replacing a majority the caution in her gaze. “What about you?”
In Cirque du Sombre [Siaya Dragalorn & Summer] → 5 mos ago Forum: 1x1 Roleplay
Rayth’s quick laugh made Arla jump, her expression wavering. But it melted quickly back into a half-grin as he repeated her playful insult. She shrugged one shoulder in a silent, ‘no regrets’ confirmation of what she’d said.
She returned his wink with a confused blink at his retort. “Smurf—Oh!” Remembering her recently died hair, her grin widened. She glanced up at her bangs and blew at their blue strands. “Hey. At least Smurfette had her pick of the boys in the village.”
The amusement in her emerald eyes shifted into a ready wariness as Rayth stood. She followed his gaze to the tent flaps curiously, then settled back on him as he turned to her.
She stiffened at his question, her mouth pulling down slightly in a frown. A part of her hated that he’d know where she was staying. But, she supposed, that would be unavoidable, regardless. As little as she knew about trains, she figured it’d be impossible to not bump elbows with the same person from time to time.
But then, maybe that could work for her advantage. The closer they were, the better of an eye she could keep on him. Make sure he wasn’t doing anything suspicious behind Frieda’s back. As amicable as he seemed, everyone had their secrets. Her parents’ corporate parties had taught her that much, at least.
She snorted a laugh at his apparent reasoning for wanting to leave the Big Top.
“What, tired of my stink already?” She stood and readjusted her backpack. She gave an animatedly sad sigh. “Just when I was considering bottling it. Eau de Smurf.”
Taking a deep breath, she stepped toward the exit. Keeping one eye on Rayth as discretely as she could, she pulled back one side of the entrance flaps.
Arla looked fully to him, then nodded for him to go first. “Lead the way, Mosquito Boy.”
In Cirque du Sombre [Siaya Dragalorn & Summer] → 5 mos ago Forum: 1x1 Roleplay
Huzzah! Monthly post in.