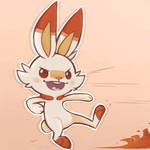 For those of you who like to know these things about your potential RP partners, I'm a 24 year old dude and, at this point, probably a near decade-long veteran of RP'ing in some form or another. I love to write, and when writing collaboratively I tend to love writing male characters - though that's by no means a hard and fast rule.

As for the important nitty-gritty that you're looking for in an interest check, here's what I've got: I'm searching for someone that enjoys adventure, fantasy, and interesting, naturally-developing relationships between characters. If that sounds like something that you may be interested in, then please continue on to read a few rules that I adhere to.
Rules
1) As mentioned in the title, as always I prefer RP's in a mid-to-high Casual range. To me that means an RP that very consistently maintains an average of two or three smallish paragraphs per post, but also tends not to extend beyond four or five except in particularly hectic or crowded circumstances. The bottom line for me is that every post should be interactive: have some sort of reaction to the events of my previous post, and give me something to work off of in my next post - that's all I ask!

2) I'm looking for somebody who is able to consistently post about once a day, or give me some kind of OOC heads-up if they won't be able to. Speaking of which, I'd also prefer a partner who is communicative in the OOC, at least as far as planning out the events of the RP goes - though I'll never say no to a bit of friendly chit chat!

3) As far as mature themes and scenes go, my only limit is that I would prefer fading to black should a situation like that ever arise. Similarly, though I don't take a hard line against them, I'd prefer not to dwell on anything too gory/hyper-violent/gloomy. Bad situations are part of any good RP, but I absolutely need moments of levity to break things up.

4) I only RP over PM's on RPG. It's just what I've gotten used to, and in my opinion it's better for the purposes of a 1x1 anyways.

Now, on to the real meat of the interest check!
Pairings
Key

And I'm always open to hear your ideas, too!

Anyways, since you've almost certainly never heard of me before: Hey! I'm Sotiras! I'm a 20-soon-to-be-21-year-old college student majoring in English, and a guy who likes to play guys in RP's. I'm more than happy to double up wherever appropriate, and in fact I love to, but as far as main characters go, I prefer playing those of the male persuasion.

But, since you're here looking at interest checks, here's the most important information for you! I'm here looking for an MxF RP chock full of interesting characters, big adventures, budding romance, awesome action, heart-wrenching drama... or, y'know, at least most of those things. Sound like your cup of tea? Well, then hopefully you're interested enough to take the time to read through this fabulous set of rules! (Pls)
Rules
1) Like the title says, I'm looking for an RP somewhere in the Casual range. For me, that usually means about two paragraphs per character appearing in the post, but I'm not really all that picky about size. As long as you avoid unworkable one-liners, what I'm really interested in is someone with consistently good grammar, spelling, and writing flow.

2) I'm looking for somebody who is able to consistently post at least once a day, or give me some kind of OOC heads-up if they can't. I don't think that's too unreasonable to ask considering that the posts will usually be comparatively small. Also, I'll definitely be even more happy if you're able to consistently post multiple times per day, but I won't make that a requirement.

3) I have no real limits as far as mature content goes, but I'd also rather not center any of my RP's purely around those 'mature' themes. I am just not a fan of overbearing gloom-and-doom drama-fests that won't spare even a moment of levity. Same goes for a total smutfest with no actual substance behind it. As far as I'm concerned, the tone of an RP should be as varied as the mood of its characters... and who likes playing alongside a character with just one emotion?

4) I only RP over PM's on RPG. It's just what I've gotten used to, and in my opinion it's better for the purposes of a 1x1 anyways.

5) Not really a rule, but you will literally be my favorite person if you keep up a little OOC chatter throughout the course of the RP. It isn't just me that finds them more enjoyable when your partner doesn't feel like a total stranger, right?

Now, on to the real meat of the interest check!
Pairings
Key