STATUS: Sorry for the delays. Preparing for a litter of puppies is HARD okay?! 21 days ago 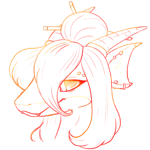 21 days ago
Current Sorry for the delays. Preparing for a litter of puppies is HARD okay?!
4 likes

All you need to know is that 100% of my RPs contain dragons in some form or fashion.

3. The Truth In Our Souls - Medieval fantasy. Half-dragon (me) x human. (MxM)

I also had one really awesome and creative GM on here who quit because his girlfriend (whom he met on here) got jealous of all the other women players in his group RP and forced him to leave the site.
In Wanted: Sounding Board - DnD 5e → 2 mos ago Forum: Roleplaying Discussion
Hello friends!

I am currently DMing a DnD 5e tabletop game with 5 players. This is not my first DnD game by a long shot, but it's my first 5e game and probably the most intricate game I've ever run, plot-wise. I have a lot of ideas for encounters and a good idea of how I want things to go, but lately I have been struggling to link individual encounters together into a story that is building towards the more intense reveals later on. Things like fore-shadowing and turning happenstance into important plot devices on the fly to make things more engaging are not my strong suit. In short, I'm much more of a pre-planner than anything else. Right now the game has a more "monster of the week" feel than what I wanted.

I haven't had any complaints from my players and individual gaming sessions are still going well, but I am hoping to find someone on here who might be interesting in letting me unload this story and look at my notes to maybe help me make things appear more cohesive/interesting. Help me identify plot holes, expand on less developed areas and things like that. I am not interested in making it public so PMs or Discord would be preferred. Hoping for someone who is an experienced DM and familiar with 5e, and obviously wants to nerd out with me for fun rather than as a chore. Especially since I don't really have anything to offer in return except my gratitude. Normally I might ask someone I already know for help, unfortunately everyone I know seems pretty busy lately. ^^;

If you have any comments or suggestions please direct them to my inbox instead of posting on this thread, thank you!
In Play with Fire! → 2 mos ago Forum: 1x1 Interest Checks
Ba-da-bump because some people poofed!
In ✩ Starlight Brigade ✩ → 3 mos ago Forum: Casual Roleplay
The gleaming wash of neon colours glittered over Durzi’s scales as she paged lazily through the torrent of notices, her tail swishing lazily back and forth behind her. Now and then someone brushed past, bumping against her wings, and she almost decided to wait to do this until she could access the station’s public database system from the comfort of her own cockpit rather than using one of the public access points. But she didn’t feel like wandering all the way back to the shipyard now.

Not when the three-legged, four-armed avian mechanic had already warned her that the repairs to the ASTRIX’s life support system would take at least several more hours to complete. The partially-organic systems weren’t exactly plug-and-play like some of the squat boxy metal and ceramic monstrosities some races preferred.

Coaxing her vessel back into a cohesive system was a concern for later when the inorganic parts had been replaced. For now, Durzi was focused on completing something that had become a bit of a ritual whenever she arrived at a bustling station or port.

Entering her sibling’s name into the station’s system yielded no results, of course. Over the years the disappointment in that absence had faded from a sharp stab of loss to a rather distant dull ache. Sometimes she wondered why she even took the time to do this, and wondered when ‘stubbornness’ was going to cease to satisfy as a justification.

Backing out of the empty search results, Durzi tried a different tactic. The notices were choked with all sorts of speculation and discussion about the Halcyon’s distress call and the vanishing of the Theurge’s Nexus. It was the topic on everyone’s lips, or whatever equalled lips for their species, and although the blue-black Drakothar was curious, it was all she’d heard about in the last two days.

Wading through the system, she finally found a listing for independent investigators. She didn’t recognize any of the names and was growing far too impatient to start contacting them individually. Instead, she opened up a general request and simply directed any interested brokers to contact her at her ship.

After that, Durzi went exploring, wasting time with the intent to visit E-Rade’s lounge for a meal before her ship was ready. She’d never been to Odyssey before, and the backwater nature of the station was utterly fascinating. The bioluminescent markings under her eyes gleamed with a contented violet as she took in the swirl of activity. The earpiece fitted over her horns filled her ear with music, something electronic and thumping but with a particularly melancholy undertone to the vocals that perfectly matched Durzi’s mood.

The open-air arboretums were an obvious destination, and Durzi curiously ogled the artificial sun and environmental systems, but eventually found herself wandering through a slightly less busy corridor with a small biopod in her hand and taking a sample of a fuzzy orange fern growing on the side of a slightly cracked air recycler. It was clearly being affected by the forcefield generator nearby, much like the plants and animals she studied near ancient ruins in nearly thirty different systems. There were several more pods in her bag, all small versions of the ones in her ship. Many of them were already full of metallic lichens or black insects that seemed to grow extra segmented limbs at will. None of these would likely be any significant discovery, but perhaps she could grow a new treat for her pet Puckmaren.

Contorted into a slightly awkward position with her tail and wing helping prop her up against the curved wall of the corridor, Durzi found herself slightly startled when she noticed a flutter of light and motion nearby.

Glancing down her snout, she spotted a nano sort of hovering. It had assumed a vaguely bipedal shape, the light it produced throwing shadows and gleaming on Durzi’s horns. Most nanos didn’t really respond to people but this one seemed to be watching her.

“You’re O’ona, aren’t you. I heard about you. You control the whole station right? That’s really interesting!” Durzi had been told that this particular nano was a bit special. She’d also been warned that O’ona was known for ejecting trouble-makers into space. The Drakothar hoped that digging glowing toadstools out of bundles of high-powered conduits didn’t qualify.

Luckily, but perhaps slightly disappointingly in that the interaction was so brief, the nano sort of meandered down the corridor away from her and vanished through a wall.

“Well, all right then. Good talk.”

Her talons scrabbled a little when she jumped down, tucking her biopod into her bag and following O’ona’s wake. When she rounded the corner, her jaw fell open at the sight in front of her.

“Well shit! I should have come here first!” she hissed to herself, watching creatures made out of machine parts drift peacefully through a veritable jungle of biomechanical flora. She itched to examine it all, but had only managed to take a step forward when she heard the tell-tale warble of laser fire nearby. Ducking behind a sort of shifting tree-trunk, Durzi watched a group of armed Ryzekt move out of another corridor, the front man leveling some sort of arm-mounted weapon at what looked like a small old elfling. The wall behind her smoked from the laser blasts.

The threat was loud enough to carry and Durzi felt her wings bristling a bit with indignation on the woman’s behalf. The markings on the Durzi’s face, neck, and arms shifted from blue and violet to red and orange and her tail rippled testily.

At the last second, Durzi leaped into the air, boosting height and distance with a flap of her wings. She crashed through the cover of a metallic tree with a sound like windchimes and slammed into the side of the closest Ryzek, talons-first. Caught by surprise, he went down hard, though not before knocking the one next to him off-balance. Durzi dug her claws into his head-crest and ripped his skull back, sinking her teeth into his neck and tearing out his jugular.

“Tell the synth to do something useful!” she said, half-snarl, half-mischievous countermand, spitting the acrid blood out of her mouth. One of the laser weapons fired and Durzi shrieked angrily at the resulting fire she felt in one of her wings. A fist-sized hole had been burned right through the thin membrane.

“Ah! Fuck!” The Drakothar scrambled to her feet, sucked in a deep breath and...