STATUS: C'mon power outage, it isn't even windy! 1 day ago

1 day ago
Current C'mon power outage, it isn't even windy!
3 likes
1 day ago
I'd like to cuddle *in* my grave if possible
1 like
2 days ago
yikes
1 like
3 days ago
ΜΟΛΩΝ ΛΑΒΕ!
2 likes
3 days ago
k i'll succumb this once and do something productive, university don't say I never did anything for you
2 likes

My memory sucks! Don't be afraid to let me know if I’m holding you up.

A bit about me:

Several minutes passed with no reply from Salem; figures, for all his pontificating about honesty he was awfully tight-lipped when honesty became inconvenient. Re-reading his initial message a few times while he waited, Aaron fumed. He couldn’t believe him! Good grief, Salem didn’t need anyone’s meddling to make him look suspicious, did he? He could achieve it flawlessly on his own! Of course, Aaron expected him to blame some noble or other anyway; Salem still maintained that his current investigation was Lady Sinnenodel’s fault, or the Queen’s fault, or his fault, always pointing outward and never entertaining that none of this would have happened in the first place if he’d remembered his position and kept his sanctimonious mouth shut.

Aaron forced himself to take a breath. He was getting far too worked up, though being forced to sleep outside probably played a part in his growing irritation. But what else could he do? Salem seemed to think of him as the scum of the earth - or that’s how he came across, anyway - and tasked with befriending the man, Aaron couldn’t very well refute him as strongly as he’d like out loud. A pit formed in his stomach as he once more remembered that he wouldn’t even escape him on break; he could just see it now, Salem trailing through the castle at his heel, all “equality would be better” this and “your traditions are dated” that, treading his ungrateful feet all over centuries of treasured history as if it were nought but some gilded cage. Aaron chuckled humourlessly; either that or doing his best to sneak anywhere he wasn’t supposed to be, or maybe piss off the head butler or try to start a revolution among the lower staff, given Salem’s apparent compulsion to get himself into trouble.

The sound of a door opening pulled Aaron out of his internal grumbling, a little spike of tension bringing him back to reality. No, he was fine. No one could see him from there. Soon after the door, though, came footsteps, and a female voice humming a familiar tune. Lilie?

Aaron risked peeking over the wall to confirm that yes, it was Lilie, leaving her dorm with something draped over her arm. His jacket! Shit! And she was walking this way!

Shrinking into the corner, Aaron held his breath as she approached the walkway, simultaneously hoping she would stop there without seeing him and devising some excuse in case she did. Oh, he was just getting some fresh air, he was just inspecting the wall, he was— wait, she was walking right past?

Indeed she was; Lilie walked up the walkway without a care in the world, still swaying a little bit and humming happily. Good, she hadn’t looked his way, but the thought was of little comfort considering she’d eventually have to turn around. As she knocked on his door, he considered jumping the wall and pretending he’d been off on some errand and was just coming back, but that was a terrible plan; she’d definitely hear him, and probably turn around to see him halfway over the wall with no good explanation.

Bracing himself for the worst, Aaron looked on as Lilie waited, a little spaced out. He watched on edge as she realized no one was answering, looked around the porch, finally turned around and…

Lilie turned around and smiled, looking proud of herself and strutting down the walk to the mailbox, mere metres away from where Aaron sat against the wall in plain sight. She bumped into the mailbox, sang a lyric to it, and laughed before draping his jacket over it and making her way back to her dorm again, never even once glancing in Aaron’s direction.

Astounded, Aaron peeked over the wall again to watch her go, wondering if he was more drunk than he previously thought. Had that really just happened? Had Lilie walked past him and not seen him at all? Sure, she didn’t look right at him, but he wasn’t exactly hidden either - she must have seen him in her periphery. With the moon out it was practically daylight out there, surely she would have—

That’s right! He was a freaking light mage! For the second time that night, Aaron remembered that just because he could see in the dark didn’t mean everyone could. He didn’t know how dark the world looked to Lilie at this hour, but regular human night vision combined with her drunkenness probably left her blissfully unaware he was there at all. An astounded laugh escaped him at the thought; to think, she could practically look right at him and never see a thing!

Heaving a sigh of relief and amusement both, Aaron retrieved his jacket and put it on before sitting back down, letting his head fall back against the wall. He had to shift a bit when the mask on his arm jabbed into his side, and pulled it into his lap to admire it again. It really was exquisite work, and he couldn’t deny that it felt good to sport a Noilan raven again - beyond the one on his scabbard, anyway. He still thought blue went better with black than silver did. He smirked, wondering what Princess Ryner must have thought of the get-up. Surely she’d known about it; his mother might not have accompanied the Princess on campus, but the two were thick as thieves nonetheless.

Of course, with that thought came a much less pleasant one, and Aaron’s limbs grew heavy once more with exasperated dread. Ryner might have gotten a kick out of the outfit, but there was a certain other important noble in his life who he expected wouldn’t be nearly as amused. He sighed. He was going to get one hell of an earful when Varis let him in in the evening, that was certain. An earful and probably worse. Not just for being late - as if that weren’t bad enough - but being late and returning dressed like a Noila mascot. Aaron rubbed a hand down his face, feeling more and more exhausted at the thought of it. Honestly, he probably should have been more nervous about all that than he was. Moon only knew how he tended to freak when he knew he was in trouble with Varis - something he’d never really done too much of with the Noilas, interestingly enough. He supposed Varis had a certain talent for making him sweat.

I might swap out for another kingdom since Obscene is super pumped. I love variety, so Im going to try something a new concept.

I'm sorry! I didn't mean to push you out!!
In |- The Food Kingdoms: Episode One: The Masquerade -| → 9 days ago Forum: Casual Roleplay
@Sonnenschein I have some questions about the dairy kingdom!

I really like that they're a peaceful people (I envision my characters being very pacifist and mediating types), but they must still have some martial tradition in case of inevitable conflict, right? If not a formal military, maybe guards for the Grand Oracle and her priestesses? I ask because I like the idea of perhaps a performance art that can be used as a method of battle if the need arises, and a source of entertainment (or distraction for pickpocketing, as your description says) otherwise. That's the sort of role I'm envisioning for my male character anyway, like a performer/guard combo.

Is there much to be told about their culture? I'm loving the nomadic bohemian vibe I'm getting from them and would love to know more. Also, what's marriage like among the Ilepia? I keep imagining that women take multiple husbands, but I have no idea if that's accurate xD
In |- The Food Kingdoms: Episode One: The Masquerade -| → 9 days ago Forum: Casual Roleplay
Oh, and for blood type I was thinking mint lassi for the brother and sweet cream for the sister, if that helps you at all. Sorry for the double post!
In |- The Food Kingdoms: Episode One: The Masquerade -| → 9 days ago Forum: Casual Roleplay
@ShwiggityShwah oo, I hope we're allowed to have multiple people per kingdom! My idea was a brother-sister combo, the sister being younger. I'm thinking she was training to become either a priestess or an oracle, but the plague struck before she was able to undergo her mysteries so she's been kind of halted in that endeavour. The brother is a performer but since the plague has become a de facto protector for his sister, and is very pious. Still under construction, lol.

He probably wouldn't take kindly at all to your character masquerading as a woman - I imagine in this sort of culture that'd be a pretty great offence, since he'd be infringing on a very strictly women-only tradition for his own gain, eh?

Considering there were probably only a handful of survivors of the plague, I imagine it's very likely for dairy characters to know each other. What did you have in mind?

Edit: I'm blind, forgot the part about your guy possibly having been exiled lol. In which case, our characters may not be together at RP start, but I'm still very interested in prior character history.
In |- The Food Kingdoms: Episode One: The Masquerade -| → 9 days ago Forum: Casual Roleplay
Aw man I was also thinking about the dairy kingdom XD I literally snoozed and lost lol
In Obscene's Scratchpad → 10 days ago Forum: Character Sheets 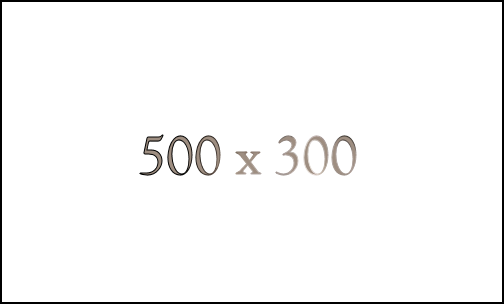 ▀▀▀▀▀STRENGTHS
ANYTHING THAT YOUR CHERRY IS CAPABLE OF DOING CAN BE LISTED: HOBBIES, SPECIAL SKILLS, MUNDANE CHORES ETC.

▀▀▀▀▀WEAKNESSES
ANYTHING THAT THEY ARE WEAK AGAINST CAN BE LISTED.

▀▀▀▀▀APPEARANCE
PLEASE LIST THEIR BODY TYPE AND HOW THEY HANDLE THEMSELVES. PHYSICAL TRAITS ETC.