STATUS: Like Sci-fi? Like the Wild West? Firefly: Second Verse's lookin' for a Pilot, Companion, First Mate, and Mechanic: roleplayerguild.com/topics/… 16 days ago

Linux makes me happy, Blender helps me art, and Solus solved a lot of my problems.

I'm here because I like to RP in depth with high quality writing. Now, don't mistake me for high quality; I'm just hoping it rubs off.

Pretty much all my posts are collaborations posted by others on our game!

I put some art works in progress here: roleplayerguild.com/topics/185966-art… 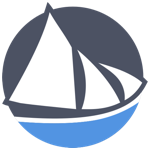 I wanted to see who maintains the code for RPG and ask if the project is hosted anywhere (github/lab) and if they’re accepting pull requests for tasks that might need doing or new features. I know Mahz is the OG (or one of them) coder for RPG, but who maintains it or fixes bugs?

i would love to join can i add a companion/pilot?

Howdy! I see your PM in my inbox as well; I'll follow up there!
In Art by Wanderingwolf → 16 days ago Forum: The Gallery
Made these for our Firefly Second Verse game: 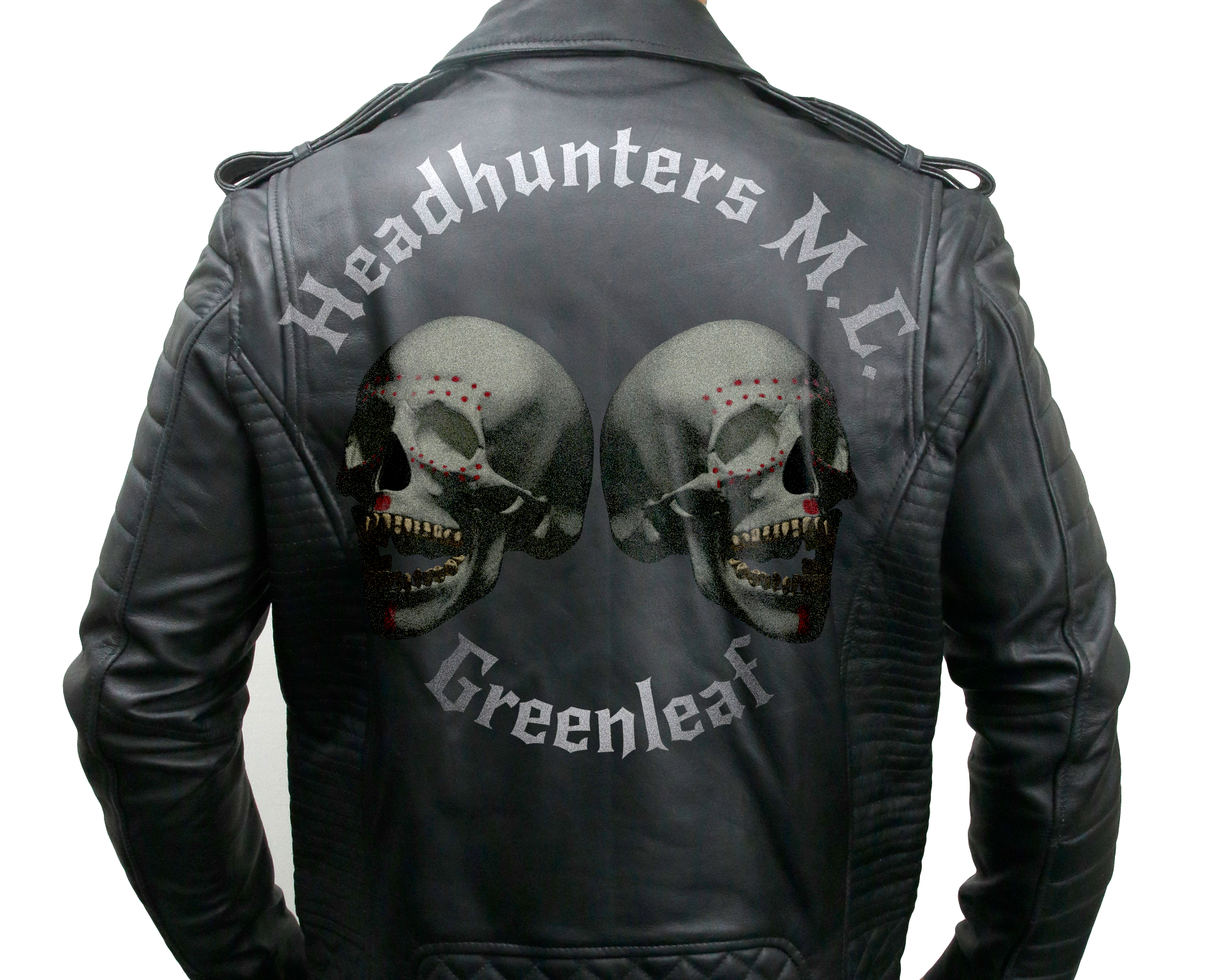 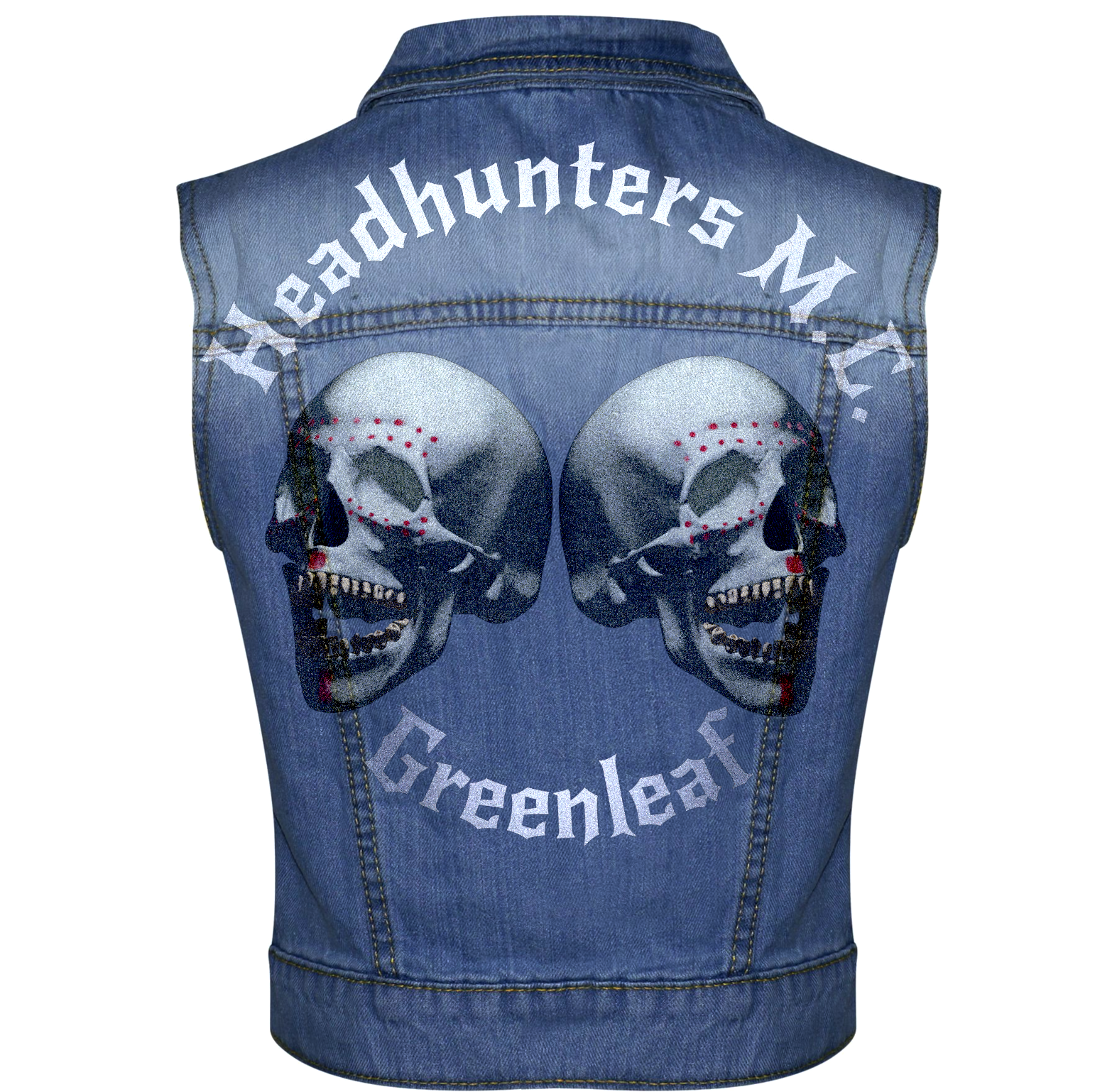 If'n you're interested, send us a PM: @sail3695 @wanderingwolf
In Art by Wanderingwolf → 22 days ago Forum: The Gallery 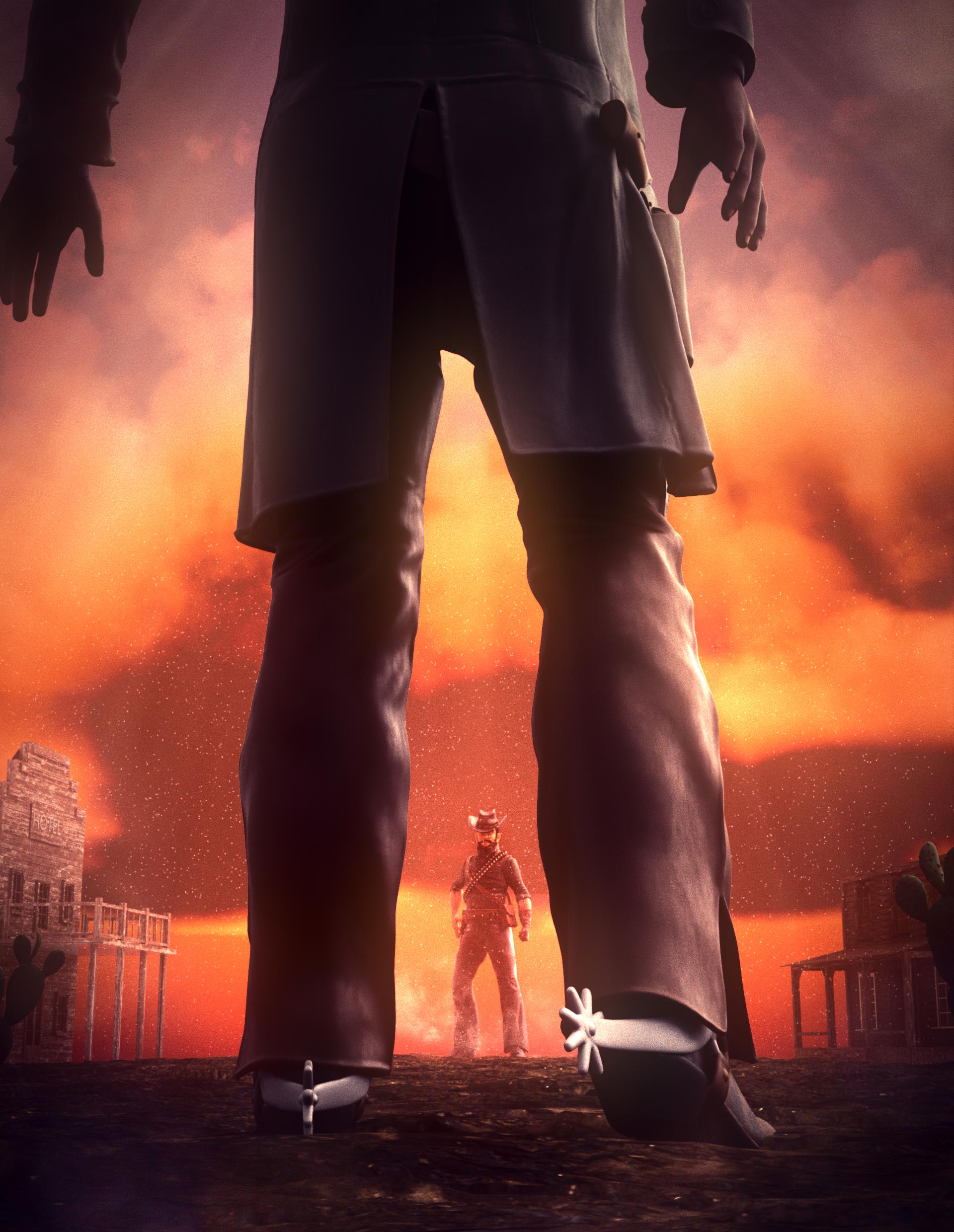 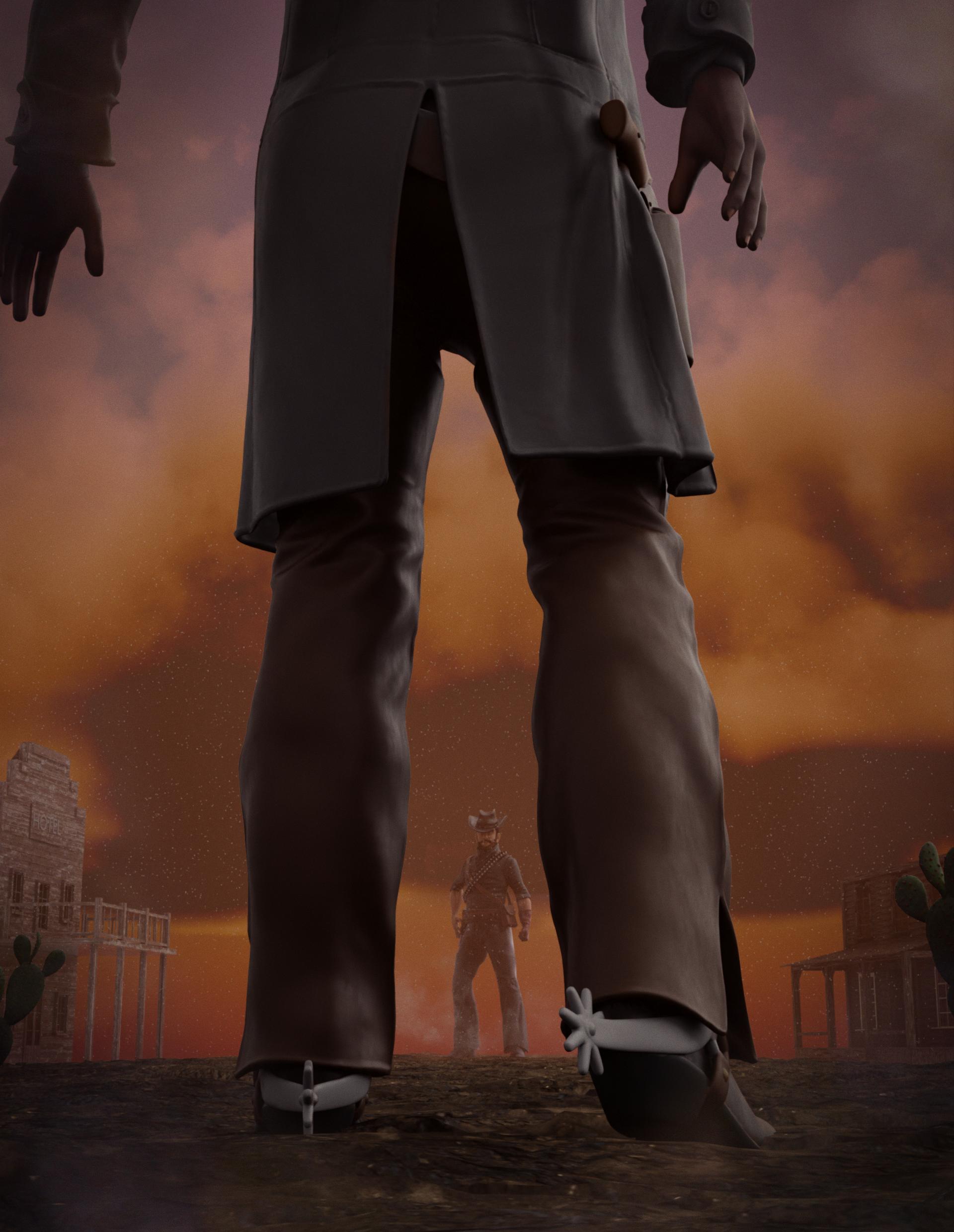 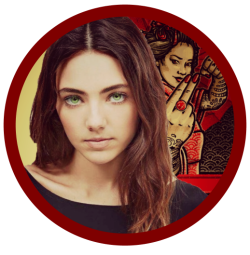 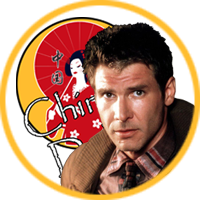 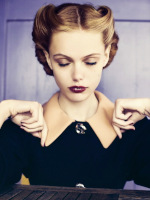 OOC: JP Collab that takes place as an intermission to the party at Bunaglow Bill’s, starring @aalakrys and @wanderingwolf.

Bungalow Bill’s was replete with charm, pool tables, drinks, and eclectic music, and it was only for a moment that Strand glanced down at the buzzing cortex in his pocket. In the iridescent blue light that spilled from the screen shone the few words from one Hafez Nadal. Cal’s eyes scanned the missive.

“Salutations Captain… Tomorrow, noon… As always, give my best to Penelope.”

The man sure had a flair, but there was business in his blood. The coordinates for their rendezvous were attached. Looked like everything was in order.

Cal glanced up from his seat beside the pool table. With a wave Alana’s way, he rose, coat over his arm. As he passed Abigail he intoned, “Steppin’ out for a spell, order me another?” He paused to catch her eye, “Just not a Vodka and Boom Boom,” and with a wink he stepped onto another of Bungalow Bill’s platforms to a higher deck.

He’d need a signal if he was going to raise the pilot. As he donned his coat, Cal extricated the short-wave comm set to route through the China Doll. Throwing the dial, a satisfying click set the walkie to life.

“Sam, you read me?” he dialed out the static in the seconds waiting for a reply.

“I read you, Cal. A little early for ‘drunk dialing,’ wouldn’t you say?” came the lilting Bostonian accent of the China Doll’s guest AI.

“I’m buzzin’ just fine, thank you. It’s Abigail you should worry about. Girl’s got a new favorite drink and boys linin’ up to order her another.” He shook his head, smiling.

“Any trouble?” Her tone was even.

“We’re set here. Need you to raise Penelope for me; put her on the frequency.”

“One minute,” came her cool voice, a digital gradation pulling her last syllable as she slipped off the connection to call the pilot

Penelope’s comm gave a series of chirps from atop the low table it sat upon as the AI attempted to hail her. The pilot herself was in the nearby attached kitchen showing Elias the proper way to prepare juice from the jalebi fruit they’d found earlier in the day while clearing away brush. Though he was tired, he was fascinated, the pair of them engrossed so the chiming didn’t register at first. Rowan, on the other hand, had glanced in the direction and found lights flashing on the communicator his daughter sat aside.

“Pen-nut, I think you’re being hailed.” He said as he moved to pick up the small handheld. There was a softness she recognized as sadness there, her hazel eyes meeting his to see it hidden in the smile he wore as he passed over the comm. But, it didn’t mean goodbye, not yet.

She wiped her hand and took the device, pressing the button to speak. “It’s past a decent hour to call the pilot in. Everythin’ shiny?”

Sam’s digital voice realigned into her lilting accent, “Apologies, Penelope, but the Captain wants a word with you. I didn’t detect cause for alarm; could just be he’s had a few and you know how he likes to talk business when he’s in ‘in his cups.’” She’d been waiting for an opportunity to use that idiom, the mirth in her voice betraying her casual tone.

Penelope wasn’t exactly expecting to hear Sam, wasn’t sure who would be calling her from the Doll, but it likely would’ve pleased her regardless of who had been on the other end. Her father and his neighbor were of course paying attention, Elias being the one who quirked a brow at the mention of a captain who frequented cups. She waved away the concern, for now, and leaned against the counter to respond as the men departed to sit on the couch and eavesdrop from a more respectable distance. There was a returned amusement that lingered in Penelope’s tone more often than not as she gave her reply. “I’d imagine you’d know better than me, Sam. I’d imagine I have more to learn.”

The comm chirped in response, “I know that he likes Mango wine, but that’s a relatively new development.” There was more she wanted to add, from her conspiratorial tone, but instead she added:

“I’ll put him through.” After a second of static, the lines were joined.

“You read me, Penelope?” Captain Strand’s voice was in good humor as he pivoted back to view the crew gathered around the pool table. A toucan of some sort flew over his shoulder then, and from a perch, its brilliant beak flashed as it turned its head this way and that to watch the man standing on the highest platform alone save for one tiki torch fighting the night.

With her back to her father and Elias, she couldn’t be sure the sort of expressions they wore. Penelope had spent more time catching up with her father’s life and hadn’t quite gone into the details of hers. Obviously he knew she was the pilot of a ship called the China Doll, but they hadn’t touched on that topic too much just yet. Now her captain, who liked talk business while on the sauce, was ringing her up late at night. She held her amusement in check though, the smile of her tone subtle as her casual manner of speaking. “Sure do. You and all that ruckus. Out enjoying the nightlife of Greenleaf, Cap’n?”

“And then some, Freckles. Shame you couldn’t make it. Hook cleaned house at the pool table, the new mechanic near broke the other arm, judgin’ by the sound of things, and Abigail’s got a new favorite poison called a ‘Vodka and Boom Boom.’” The comm cut out for a second as a particularly loud round of shouts heralded Yuri’s progress on the deck below. “But I didn’t call just because I missed the sound of your voice. I got a hail from Hafez.”

Penelope glanced over her shoulder to see concern etching both men’s faces in entirely different ways. She was concerned that Elias, whose protective streak extended to all the Randalls apparently, would have his brow permanently frozen in the quirk by the end of this conversation. Her father, on the other hand, likely felt bad for taking her away from what seemed like a questionably good time with what could possibly be another sort of family. She gave him a soft smile as she spoke without having to consider her words. “I can’t rightly say I’m sorry in this case, Cap’n, sweet as you put it. I figure there’ll be plenty of other near-bar brawls to miss with you lot.”

She turned back with an idle kick to the faded floor tile. “We still shipping out on schedule?”

Unbeknownst behind her, Elias’ brow dropped to meet the other in a creased furrow as he turned to Rowan and mouthed “Hafez? Nadal?” Rowan merely shrugged, unlikely even knowing who that important figure was given his general disinterest in anything political.

“No brawlin’, least not yet. Arm wrestle competition, but I’ll keep you posted in case we need a bailout.” Cal chuckled, feeling the night’s alcohol doing its work. “Job’s moved up a bit. We’re loadin’ at noon. Since you’re with family, figured I’d give you notice in case you made plans, shiny?”

“That’s plenty considerate of you, Cap’n.” Pen said as she studied the little crease that formed as she toed the tile with her shoe. She wasn’t sure how she felt about leaving sooner than planned, though she and her father hadn’t made any particular arrangements. They weren’t planners, but rather filled time as it came with any deadlines in mind. And hers just got moved up. “Gonna get back to it unless you needed anythin’ else.”

The static answered in sharp reply, “No nothin’ else. Rest easy and see you for pre-flight.” Cal could tell he’d pulled her away from something, so he wrapped it up with a simple, “Over and out.” The need to be with family was something the Captain conjured he knew little about, having left the nest in his teens with nary a look back. Still, the hole it made was something he still sought to fill, even today, so it was with a sobering thought he slid the comm back in his pocket. The toucan still sat on Bungalow Bill’s aluminum sheet overhang, cocking its bill toward the solitary stranger.

With a flip of the wrist, Cal’s cigarette case produced a paper cylinder. With an inaugural drag from the tiki torch, Captain Strand blew a slow plume toward the bird which dissipated in the clear evening air.
In Art by Wanderingwolf → 2 mos ago Forum: The Gallery 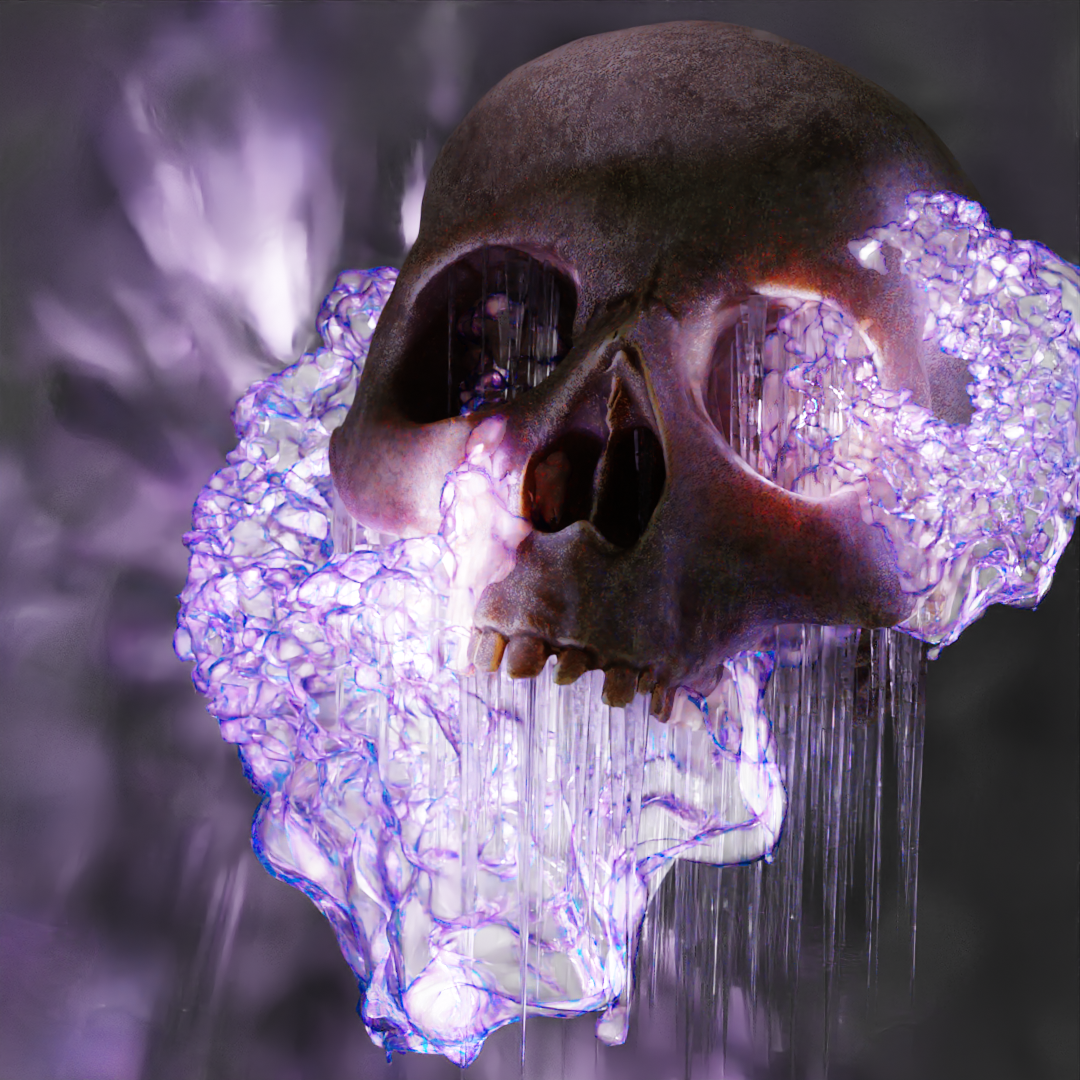