Hidden 2 yrs ago → 2 yrs ago
Zeroth Post
Raw —
Zeroth
Coming soon: Another post-apocalyptic monster-fighting RPG, because fuck you, I like post-apocalyptic plots
Alright, you fucking fucks.
Setting: We'll figure that out
Characters: One national guard special forces dude (He's basically Tim Kennedy), otherwise, general survivors from the surrounding area
Major Plot points/goals: Stave off death of the human race at the hands of monstrous velociraptor-like creatures spawned from science and nuclear mutation and fiction stuff.
Rules: Realistic, except, y'know, with monsters.
Monsters: I'll get back to you on that

@FaithyAlright, you cunt-rag (I say this in the most loving way possible), it's up.

Simple characters sheets.
Name:
Age:
History/Background:
Appearance: Absolutely positively encouraging face claims based on public figures.
Character's first post sums up their current status, where they are, what they have, and how they got to that point.

127 posts
in 860 days
Seen 2 yrs ago
Bio
PM me or comment here if you have questions or want to express interest. Otherwise, post up a character profile.

Posting isn't going to be absolute shit, but I don't want people to feel like they have to write a book (but you can), just don't suck so much that you're a black hole of a writer.

I'm kind of a dick.
Hidden 2 yrs ago Post by Default
Raw — 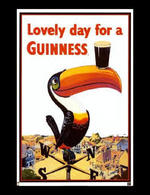 Stanford McBride Jr.
Age: 19 years old
History/Background: Stan was born into a rich family. His father was a very successful architect who was famous for redesigning the new Smithsonian museums, 'blending old and new into a spectacular learning adventure'. As if. Stan never considered architecture, despite his natural aptitude at art and sketching. Instead he was driven by his passion to become an artist, which his parents never supported. As the only child, he was the heir to McBride Associates Architecture, and all of the responsibilities that came with it. More and more his father tried to restrict his freedom, and more and more Stan rebelled. Eventually it all culminated in one fateful night. Stan was having an argument with his father, which was plenty normal. But it went a little too far. Stan's father, without thinking, hit his son. Stan went to school the next day wearing shades. After this his father found that he had liked the release, and began to do it regularly. Stan started to go to school with long sleeves. The beatings grew in intensity, until Stan snapped. His father had beaten him so badly that Stan retrieved his father's handgun (that he used for intruders and emergencies) and shot him 3 times in the chest. He came out of his rage quickly and looked on in horror at what he had done. Thankfully, the night he committed this crime, all hell broke loose. Not thankfully, his father soon rose from death.
Hidden 2 yrs ago Post by Default
Raw —

127 posts
in 860 days
Seen 2 yrs ago
Bio
Jesus, @Faithykins I'm gonna have to hold your hand and draw it crayon for you- like usual- aren't I?

That's where you should put Lucy.
Hidden 2 yrs ago Post by Faithy
Raw — ::Skills::
- Was a girl scout when she was younger
- Clever and quick witted in the way she speaks
- Ran cross country in track in high school so she has good endurance
::Inventory::
- Has a yellow backpack on her back
- Contains: a couple pairs of clothes, a water bottle and a pocket knife.


::Personality::
Ambitious. Stubborn. Charming. Helpful. Judgmental.
::Background Story::
Before the outbreak Virginia had dreams of going to college to become a dental hygienist. It wasn't her dream job, but it seemed like a reasonable thing to do. She lived with a single mom in a small apartment in Chicago, and they never had too many troubles or worries. Virginia's mom was at work when the outbreak really had it's biggest blow that took out most of the population, and raised the dead. She hasn't found her mother, but has very high hopes to find her. Right now, she is just trying to survive every day and hopes to find that there are other survivors in this hell hole as well. Yes, but you shouldn't eat them

I don't eat them.
Hidden 2 yrs ago Post by Andrew Blade
Raw —
GM

@Andrew Blade
@ Me when we can make our first posts.

Shortly after I make some adjustments, which might be less appealing to you, actually, Default.

Instead of zombies, I have decided to transition the antagonists into velociraptor-like monsters created after nuclear weapons testing mutates and awakens creatures long thought extinct that pop up and begin to rival humanity for alpha supremacy on the planet.

So basically the same plot.
Hidden 2 yrs ago Post by Default
Raw —

Yeah that doesn't appeal to me. I'll be going now.
Hidden 2 yrs ago Post by Andrew Blade
Raw —
GM

You know what? Screw it. I'm down now.
Hidden 2 yrs ago Post by Andrew Blade
Raw —
GM

127 posts
in 860 days
Seen 2 yrs ago
Bio
Beast. Let me get a post up (hopefully today? Don't hold your breath though- work just dumped two new projects in my lap. Monday at the latest.), my own CS put out, and we can hit the ground running.

@roamer@Scarlet Loup You comin' or what!? Let's get rolling!
Hidden 2 yrs ago → 2 yrs ago Post by Faithy
Raw —

Something will be here Two Day