1655 posts
in 1363 days
Seen 5 mos ago
Bio
Name: Mira Seishin (Everyone calls her the beginning of her last name Sei and she just goes along with it)
Age: 26
Gender: Female
Species: Moon Elf (I think it's a cool species so don't question me)
Looks: Pale blue skin, silvery eyes, long white hair pulled back into a ponytail, wears a black shirt, dark grey pants, and starlight silver boots, has her birch wood bow resting on her shoulder and her quiver is filled with arrows marked with a moon symbol
Personality: Quiet, fairly calm, can get annoyed easily, helpful at times, incredibly competitive
Skills: Very perceptive, keeps calm under stressful situation, a master of hand to hand combat as well as archery
Hidden 3 yrs ago Post by Assallya
Raw — 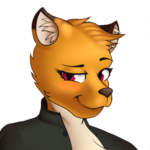 Personality: Martel is a surprisingly jovial and goodnatured fellow, kind and caring to those he calls friends and an utter nightmare to his enemies. He loves sharing stories of his countless adventures to everyone who would listen. He never asks for monetary payment for anything these days - after all nearly 25 centuries of adventuring have left him a very wealthy man. He does not hide his vampirism, but keeps his bloodthirst in check at even the worst situations.

Personality:
Cointooth is always looking for a good deal, and always offering to spread his savings on to his customers. Cointooth is a skeevy sort, and exactly the kind of person to talk to if you need to buy or sell something that might be a... high-interest item, if you know what I mean. Of course, he also sells a variety of completely above-board items, so everyone has a reason to buy from Cointooth... sooner or later.

Skills: Lying, bluffing, sleight-of-hand, and sniffing out good deals. His large nose is good for more than just looking good for Goblin Ladies, it also lets him sniff out lies. Quite literally. It is very difficult to lie to Cointooth, and even harder to out bluff him when playing Three Dragon Ante. Luckily, hes not much of a gambling goblin. Cointooth may have a long beard, a hobbled step, and a gnarled cane, but remember... Cointooth is a world class liar.
Hidden 3 yrs ago Post by Master Crim
Raw — 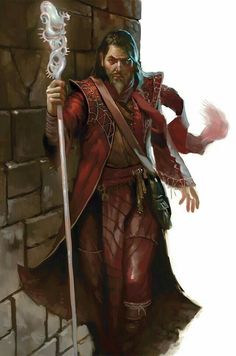 Personality
Travis is a man of what would be seen as questionable in moral nature. Many people shy away from warlocks in a general sense, due to the connotation the title brings with it, but even more so from Travis, few will tell you why. Travis on the other hand will always be friendly, kind, and open to drink and dine with most anyone who offers, he may even just sit down and start talking with you like the conversation had already been started. When it comes to conflict he will undoubtedly give you a run for your money, but not in combat, with his words. His smooth talk would see him selling anti-aging cream to elves, and ice to frost giants. If it does come to blows however, Travis will likely lose his footing trying to stand up for the fight and knock himself out on the table or other near by object.

Member Seen 2 yrs ago
Britanieisrad
6 posts
in 903 days
Seen 2 yrs ago
(I hope this is okay... I kind of went overboard with the character sheet. >.> )

Height: 6”3'
Build/Weight: Muscular, 231 lbs
Eye color: Blue
Hair color: Bright Green, not quite as bright as lime green, though. It is short and spiky, like a crew cut/military cut
Clothing/Appearance: Usually shirtless. However, when he cannot go shirtless he wears a button-up white shirt that is either exposing his chest or completely unbuttoned. Sometimes seen wearing a white skin tight tank top. He has tan skin from being out in the sun a lot. He wears a pair of blood-stained jeans that are ripped in some spots. Not much blood is on them, though. He wears a claw necklace around his neck and a pair of brown work boots on his feet.
He has a wolf named Melon, Melo for short. The wolf is a male and his coloring resembles that of a watermelon.
His fur is green with lighter green stripes... just like a watermelon rind and his under belly and paws are a pinkish red color, with little black spots that look like seeds. Melo is rather large, about up to Norvic's hips.

Personality with Tone of Voice: Norvic is calm and easy-going, normally cautious, but at night he is oddly energetic and rambunctious, acting without thinking.. His tone of voice changes depending on if it is night or day. He can be a slight joker and has a soft spot for his wolf, Melo.

Background: Grew up in a nice town on the outskirts of a forest. When Norvic was younger he used to always go into the forest and almost always found something or other, be it a marble or gold, he was always excited to find something new. He discovered that the darkness of night had a strange effect on him when he was around 16. He was wild and rambunctious, acting without thinking and getting in trouble because of it. He got Melon when he was around 25, his father gave Melon to him to protect him when things got out of hand at night, which had seemingly gotten worst. Ever since then, Norvic has been on his own and working as a mercenary to make a living for himself, until he ran into a strange Inn
Hidden 2 yrs ago Post by Winter Star12
Raw —
GM 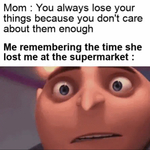 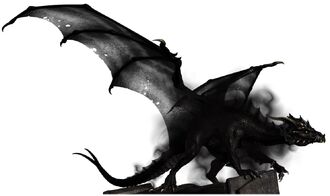 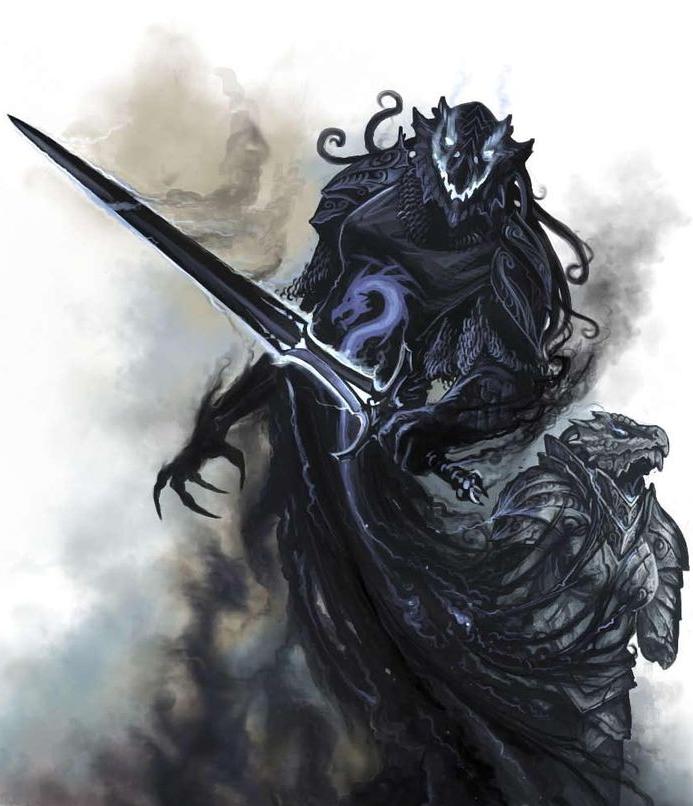 Race: Draconic Necromancer
Age: 230
Mental age: 18
Sexuality: Straight, if at all
Weapons: Claws, necrotic breath weapon. Necrotic sword Souleater.
Magic: Necromancy. Can switch from dragon and dragonborn at will, but it takes a lot of energy to do so. Light/holy magic pains him.
Backstory: A banished dragon, shunned by his kind for his practice of the darkest of magicks. His practice of death magic has made him a devastating fighter, and a horrible person to anger, as he has a long memory, and won't hesitate to get his revenge, on you or your family line. He's come to the Red Dragon to drink away what little feeling he has left.

Personality:
He can be a stupid drunkard, or a polite sparring partner, or he may be more fulfilled by punching his fangs into a man's neck, better than alcohol. Albeit, Kobe has an indifferent view of the world, both around him, and undead that he's cut circles with. To the living, he can find them hilarious, but they are also silly and over emotional as studied under his judgeship. To the undead, which he only knows one of two nowadays, and they come in passing only. He hasn't contributed to the Red Dragon Inn in a long time, but he was itching to swing by and see the rowdy crowd. Boredom had gotten the best of him. Even staring down his pet boa snake in the kitchen was not much fun.