[IC] The Masque of the Dragon || Fantasy Dragons hiding among Humans 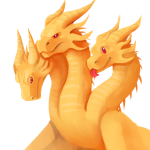 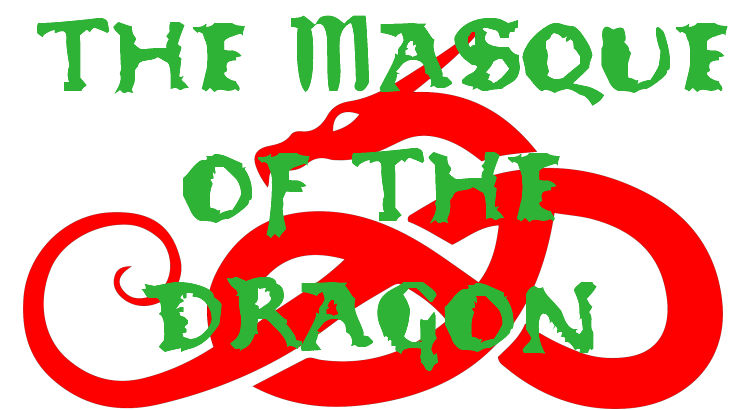 On a mountain range in between Nihn and Azai

Far above the clouds that covered the mountain ridge, a temple stood alone, away from society. This was a place that no Human had ever stood in, yet it had been there for thousands of years. Countless generations back, the Fae had constructed many such temples across the world, all magnificent efforts of architecture and design. Yet for all their beauty, few still stood. The ever expanding Human race had razed most of these magical temples, yet this one hidden at the top of a mountain still stood.

It was here on this mountaintop temple that the Masque gathered. Comprised of the leaders of the various magical creatures, the Masque gathered here three times a year, to guide those under them into a safe life. It was their duty to make the rules that governed all magical creatures, their duty to protect their greatest secret: the glamour of man. It was this enchantment that allowed them to assume the form of a Human, a necessary ability to survive in this age.

The Masque had just finished their tri-annual meeting a few hours back, with some of their members already leaving. But even though the official meeting was over, a smaller meeting was being held by some of the more prominent members of the Masque. In a side chamber, four creatures stood in a circle, deep in conversation.

A large brown furred Werewolf, Queen Mother Brigga, began to speak, “The Humans have gone too far. Every day there is less forest for my brothers and sisters to live in. And they consume all the animals. What are we to hunt?”

A bright white Unicorn, Lord Helaton, replied in the language of the magical creatures, “Long have I spoke this truth. We cannot survive like this. Every generation less Unicorn foals are born. I know it is the same with your kind as well.”

A black scaled Dragon, so large that he barely fit in the room, King Bahamut, then cut in, “What do you want us to do? If we fought them, we would lose. Maybe in ages back it was possible to cull the Human numbers, but in our current state we can do nothing. All we have is the Masque. We need to follow it to survive.”

Brigga hissed, “Maybe we should fight them, even if we die. It would be better than us slowly rotting away with each new generation.”

“What would have been better is if our ancestors left with the Fae,” Helaton added, “They would be ashamed to see the state we are in.”

“Perhaps,” spoke a vibrant red Phoenix, Empress Elvestria, “But we cannot change the past. We need to focus on the present. And right now we have a pressing issue.”

“One that you didn’t raise at the council meeting?” Bahamut asked.

“Yes, I did not wish to raise any alarms. I entrust this information only to those in this room,” Elvestria said sternly.

Helaton briefed in sharply, “Well spit it out.”

“I have reports that Humans have broken the Masque. In that they are aware of the glamour of man,” she said quickly.

“How is that possible?” Bahamut asked in surprise, “Every one of us has followed all the rules of the Masque.”

Elvestria sighed, “I don’t know how they learnt it, they just did. Several of my Phoenix kin have seen groups of Humans attacking magical creature settlements, ones who always use the glamour. Somehow they have a way of figuring out who is a magical creature.”

“Damn it,” Helaton swore, “Is this knowledge widespread?”

“It doesn’t seem to be. At least not yet,” Elvestria replied.

“Then I say we hunt down these Humans, erase their blight from the world,” Brigga snarled.

“I agree with my Werewolf compatriot,” Bahamut said, “We must do all we can to protect the Masque.”

“I’ve already sent several Phoenixes to investigate this matter,” Elvestria stated, “But perhaps each of you should send out your agents.”

“I shall send the fastest of Unicorns post haste,” Helaton replied.

“And I the fastest of Dragon fliers,” Bahamut added.

“All of my Werewolf kin will hunt down these Humans,” Brigga said boldly.

“Then we are decided,” Elvestria nodded, “We shall eliminate these Human hunters and maintain the Masque. If everything goes well, then none shall know this occurred, save us.”

All four of the magical creatures nodded, before departing the room. As they left they transformed back into their Human forms. It was custom for the Masque to do this upon leaving the Fae temple, in case they encountered any Humans up in the mountains.

As the four council members began to descend down the mountain, an ominous wind blew over the range. The fading sky of day was a blood red, an ill omen, one thought to mean that their would be great killing. King Bahamut said a quiet prayer in the language of the Fae, praying for the safety of every Dragon.

The forests of Kaelis, just east of Whistle Hill

Onthal flew through the night sky, his massive green form invisible in the darkness to anyone looking up. It was a common Dragon practise to fly at night. Not only was beautiful to fly under starlight, but it also had the more practical use of avoiding the eyes of Humans. Even now, Dragon slayers were still a major threat to Dragons. But that wasn’t really a concern, as in his over two hundred years of life he had never encountered one.

Onthal was just enjoying the flight as he passed over the vast forests of Kaelis. Onthal had been living among the woods of Kaelis for several years now, and he knew the area quite well. He could probably reach his destination with closed eyes.

As for his destination, Onthal was heading toward Whistle Hill, a small village in the middle of Kaelis. Onthal had been there several times, spending quite a bit of time there. It helped that it was secretly a Dragon village, so he could truly be himself there.

But this wasn’t just a friendly visit this night. Tomorrow was Virtue Day, a holiday in Dragon culture. Most Dragons still practised this ancient holiday. It involved gathering with other Dragons and reminiscing about all the good things that had happened in the past year.

Onthal had spent the last few Virtue Days in Whistle Hill, as he knew that location would always house fellow Dragons. As Onthal got older, he seemed to value tradition more. In his youth there would be many years where he didn’t celebrate Dragon holidays, instead living among the Humans. But that had changed as he became more wise with age. He now saw how fragile the Dragon race was, and why he needed to preserve their culture.

Onthal purposely re-oriented his thoughts to that of positive memories of Virtue Day. A smile formed on his face, or as close as a Dragon could muster. But the smile quickly faded as Onthal saw some lights in the distance. Straining his vision, it did appear to be torchlight. But it was the middle of the night, why would anyone be out?

Curious, Onthal began to beat his wings faster, wanting to discover what was going on. But as he got closer, Onthal saw that the light now covered a much greater area. He quickly realized that it wasn’t torchlight, but that the forest was on fire.

Onthal wished to intercede, but knew he must respect the Masque. So he doubled back a few hundred meters from the village and landed among the burning underbrush. As his mighty Dragon touched the ground, Onthal then transformed into his Human guise. With spear in hand he began to sprint back toward the village.

As Onthal neared Whistle Hill, he gripped his spear harder. He had seen several Human warriors, easily enough to overwhelm Onthal in Human form. But Onthal lived by the Masque. He couldn’t reveal the glamour of man and he had to aid any other magical creature in danger, and burning alive in their houses counted as danger.

As Onthal exited the tree line and stepped into the village, he raised his spear at the nearest Human, “Why are you committing such atrocities?”
↑ Top
1 Guest viewing this page