STATUS: KH3 ending was batshit. Excited for what comes next 2 yrs ago

2 yrs ago
Current KH3 ending was batshit. Excited for what comes next
2 likes
2 yrs ago
kh3..is so good...
2 likes
2 yrs ago
am i back? i gotta think! time's ticking and finals are upcoming, but maybe...just maybe!
3 yrs ago
Yeet
1 like
4 yrs ago
i lived bitch
2 likes

I'm open to collab on anything

@yoshua171 Lore master and really chill guy
@Celaira Nicest person on the entire Guild
@Altered TundraBest graphics designer and the only man to pick up when I call
@MyCatGinger Really chill person, couldn't ask for a better friend
@Grey especially because he is the recorder of my shitposts 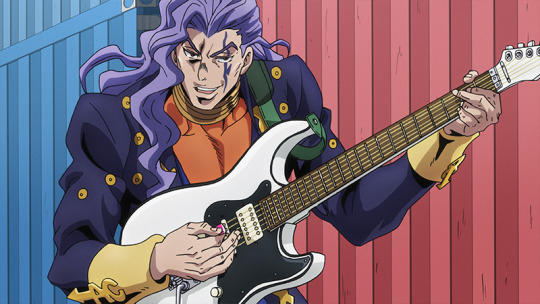 Tch. What a show-off. SpongeByrne dusted off his shoulders. This was gonna get ugly. Such power...such speed....almost terrifying. Keyword: ALMOST. SpongeByrne had to hold back a chuckle. This man...No. This was a beast, or even something beyond that. A creature of pure rage. Pure cruelty. Just pure malice. Something like this, in this Universe...It would certainly set his plans back if not dealt with. SpongeByrne saw the RED inside, the Lurking Interloper. "What a mess I've stumbled into" SpongeByrne thought as Goofykins unsheathed his blade. A weapon that could easily rend him in two, surely. Infinite mass in a limited space would probably kill anything it touched. Positively vorpal.
Nice.
SpongeByrne took a step forward. His footsteps left a circle. An occult symbol that couldn't be possibly parsed by a being not attuned to the right Planes. Maybe Goofykins could. Maybe he knew what SpongeByrne was doing. Well, it was too late now.

"It's your domain, huh? That might muck things up a bit. Kukukukuuuu, I'm not quite sure how this will end up! Never tried it before. However, let's not discount my ability. Activate: Talking Head! Once in a Lifetime!"

With these hallowed words, SpongeByrne extended a pointer finger that began to glow with a light colorful and colorless. He had activated Once in a Lifetime...

TALKING HEAD
ONCE IN A LIFETIME

ONCE IN A LIFETIME transports the user and those in his vicinity into various scenery. This scenery changes at random usually, but the user can expend energy to manipulate what scenery appears. If the user activates the FRIPP EFFECT, the scenery will permanently change into a wavy blue background full of both mana and accursed energies. This negatively effects both the user and the target

The world began to warp. Detroit began to fade. And it turned and turned and turned and nobody could really say where anybody was. The desert. The jungle. The other Hells. Inside the heavens and outside the Purgatorium. It changed at random intervals. Nobody could tell when it was gonna end or where they were gonna go. Sure, they were going to "go" there, but they weren't actually there. It was an illusion, but it felt like it was there. It felt real, even though it wasn't. But maybe it was. The Talking Head, mouth of the Big Suit, worked in mysterious ways. SpongeByrne was used to it. He had felt it a hundred times. Nausea could be seen physically emanating from the aura of the surroundings. It was hell. It was colorful. It was colorless. It was Big Suit.

SpongeByrne had hoped to never set foot inside this godforsaken city. Not after what he'd heard. Horror stories and the like. You know. Old Man Ford cutting up little orphan boys and using them as furniture. The baseball man shoving orbs up the urethras of anyone who wasn't guarding their tunnel of urine. And the worms.......

As he phased through planes, aligning himself so that he might stake out the city more clearly, he felt a mighty aura. The aura of a killer. And then, he saw him, in the distance. Goofykins...

Hesitation. Perhaps the first time he'd felt it in aeons. Should he approach? What did that psychopath have planned? Was the Infernal using him as a pawn? Using all of us as pawns?

SpongeByrne took a bite of whole swordfish. Bitter, sweet, wonderful. Perhaps a farewell to the life of relative comfort he'd lived. Things were about to go downhill very, very quickly. Where else to be, though? SpongeByrne finished the fish in one bite and walked after the psycho killer. Not one with intent pure enough to make a song, however. One of malice and disgust. They had much to discuss
In Get Kid: Electrical Twogalatoo → 2 yrs ago Forum: Free Roleplay
SPONGEBYRNE THE FOREBODEN

Yes, that most fateful hour had fallen again. SpongeByrne roamed the empty streets of Neo Orleans, eating a raw salmon as he poked around the alleyways and side streets and roundabouts. Not a soul in sight. He grimaced. This wasn't good. His link with the suit was reacting. A spiking, sharp pain in his solar plexus. Did...the Infernal do this? Byrne kicked over a trash can, and out crawled what must have evidently become of the citizens of this city. A city so proud of how it could survive any cosmic flood.

"Well, sure, they can survive now." He was quipping to himself already. That was never a good sign. The streets echoed with the gurgles of the ex-residents. "Well, they could still be considered residents. But I doubt anybody is paying rent. Or collectin" Byrne took another bite of the salmon. This whole thing...it couldn't be. While he did work towards the end of all there was, he couldn't allow a GE3TTTENING. That kind of suffering went against everything he stood for. Every facet of his existence. Finishing off the salmon, he threw its skeleton towards a now growing mass of Sea Monkeys. Things were about to get ugly. Footsteps. Then, a noise undescribable. Then there was no noise in Neo Orleans...
In Get Kid: Electrical Twogalatoo → 2 yrs ago Forum: Free Roleplay
SPONGEBYRNE THE FOREBODEN

And you may ask yourself… who LIVES in a pineapple under the sea?
And you may ask yourself… how absorbent and yellow and porous IS he?
And you may tell yourself… this isn’t the nautical nonsense that I wished for?
And you may find yourself… FLOPPING ON THE DECK LIKE A FISH!
Name: Davidbob Spongebyrne
Age: Biologically 29
Appearance: SpongeByrne is a creature of many appearances. Of many colors. His clothing, usually formal wear, can vary from being far too big to being far too small. You might be able to make out his face, if you can see it through the blinding rage of colors behind him at any given moment. The extent of his magical abilities is not to be trifled with

Biography: There is David Byrne, and there is Davidbob Squarebyrne. A freak accident, really, while filming a music video. A cosmic ray travolting through time strucketh through the Planesworld where in Spongebob was the primary source of life, and carried that malignant energy into one fragmentation of the eternal phylactery of the Big Suit: David Byrne. As the Big Suit is a being unaffected by the Colors (Seeing as it's pure grey pigmentation is just an illusion as the true makeup of what it is is not ever perceptible), Byrne was not instantly corrupted by the Sponge's colorful grasp. Instead, it trapped him inside a pseudo-Planesworld for what seemed to be an eternity as he struggled against the vile auras. Eventually, long since separated from their originator, the auras ceded to Byrne's will as he took control of them, becoming the omnipotent being SpongeByrne. His long and arduous training beneath the HydroComplex of the Third Gustonian Planar Plane has made him extremely powerful. He does not envy his primary, regular David Byrne, but rather scorns the cosmic ray that damned him to an eternity of torture. Thus, he seeks to end the It, and All of what it Is, and ensure Peace Eternal.

Personality: SpongeByrne has a mind older than time, and a hatred not for the denizens of the Braided Planar Weave of the Infinite Planar Focus Vortex Posthaven, but for the Posthaven itself. He has taken it upon himself to spurn the very natural order of everything. You may know he's nearby because the laws that govern have been forcibly dismantled and destroyed by his astronomical Big Suit fuelled rampage

Skills:
BIG SUIT CHANNEL
Increase suit size by 500%, allowing him to access more power of the Big Suit and gives him immunity to all cosmic attacks

Flop Like a Fish
Using flailing arms and whips of pure anguish, every being so desired within a 10 meter radius are slapped silly by Byrne's rage

SPONGE REJECTION
Due to SpongeByrne's hatred of the PostPlanePostHaven, he has rejected the Infernal Childbeing because he views it as a product of a gross and broken universe. Instead, he can instantly cause liquids to flee in fright.