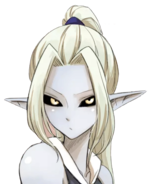 In To Face Tomorrow - A Fantasy RP where you don't know the other characters! → 2 yrs ago Forum: Casual Interest Checks

Don't worry about me disappearing, either. @Aviaire will track me down and beat the shit out of me if do.

In Persona: The Rod of Asclepius → 2 yrs ago Forum: Casual Roleplay

"Oh, I'm really- not at all- well, if you say so," Naoka said, slightly flushed. "But, overpacked? I'm not too sure about that." She looked at Sawajiri's suitcase. Was it even half as much stuff as she'd brought herself? She'd basically moved her entire room over. "There's a lot of space in the rooms, so you don't need to worry. Though you can always pick up extra stuff over holidays or get your parents to drop it off."

She gave Sawajiri the most welcoming smile she could muster. "The lobby's over there," Naoka said, motioning to where the entrance was. There were already a few other people coming out of it. "Pick up your room key, put your stuff away and then you've got the rest of the day free. Is there anything else I can help you with? It's no trouble at all."

Naoka hoped she was making a good first impression. It would be nice to be popular with the first years. She could be the cool, mature senpai...

She was getting a little ahead of herself, wasn't she?
@Inkarnate
In Persona: The Rod of Asclepius → 2 yrs ago Forum: Casual Roleplay 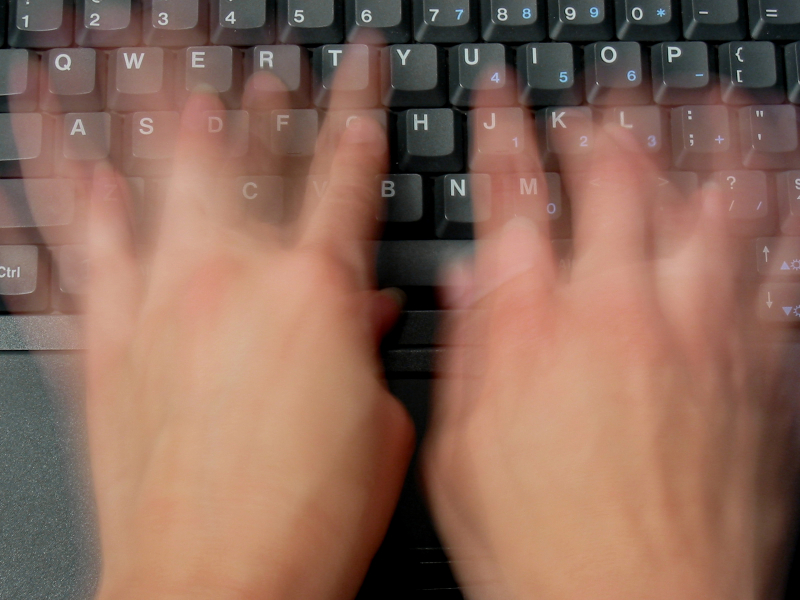 ^ stone
In Persona: The Rod of Asclepius → 2 yrs ago Forum: Casual Roleplay

I will reply friday, probably. Thanks for the interaction. :)

<Snipped quote>
For clarity, Touka looks distinctly Japanese outside of the blonde hair. Probably looks a lot like Tenge Fuyuki in the live action version.

Naoka was probably a bit far to see her face properly^^ Looking forward to the post!
In Persona: The Rod of Asclepius → 2 yrs ago Forum: Casual Roleplay

Sorting out the mess on her floor had taken longer than she'd expected. It probably would've been quicker if she didn't just dump everything on the floor, honestly. But by the time she realised that, it was already too late.

Naoka stood up from where she'd been sitting next to her shelves and yawned. She'd been at it for a while. She wasn't too surprised, she always took forever to clean stuff. It was just a waste to get things all neat and organised only for them to become a mess again in a week. She picked up her bag and decided to head down, maybe she'd run into one of her friends and she could pick up that coffee she'd been longing for.

Making her way down the stairs, Naoka checked her phone. No texts. Everyone was probably too busy getting settled in to chat and her parents were already at work. They worked such long hours that even when she was at home, she hardly saw them. Staying at the dorms didn't change much.

Naoka entered the lobby. A some people had already congregated, a few she recognised, most she didn't. She'd already picked up her key, so she didn't really need to stick around and so continued walking to the great outdoors. The weather was good, with any luck it'd stay that way. There weren't a lot of people outside, but the one that stuck out the most was a blonde girl pulling around a suitcase. Was it natural? It was an international school, so she could just be foreign.

Cautiously approaching the girl, she definitely wasn't anyone Naoka recognised. A first-year, most likely. Well, if there was anything Naoka wanted to do, it was to make a good first impression on her underclassmen.

"Excuse me," she said, approaching cautiously. "I'm Toba Naoka, one of the third years here. Do you need any help?"

Naoka woke up straight away. It wasn't anything out of the ordinary, she always did that. All of those five-minutes lie-ins added up, after all. What was odd was why she had woken up. Most of the time it was her alarm going off. Instead, a quick glance at her phone told her there were still ten minutes left to go. So it was that weird dream that she'd woken up from, which was the other odd thing, because she usually slept so deeply that she hardly ever had them, let alone that vividly.

She got up and finished getting ready by the time her alarm went off for real. Dressed in the highly creative sweater with jeans, Naoka slumped back down on her bed as her phone buzzed loudly.

"Six-thirty," she muttered. She glanced over at her luggage. She'd made sure it was all ready a few days ago, with some ungodly combination of packing what she needed and throwing out almost everything else. Without all the mess, the room felt foreign. Then again, it did anyway. After two years, she was getting more used to her room at the dorm than the one at home.

"Six-thirty five." Had it already been five minutes? Though it wasn't like she had much to do. There was still some time before they left, but going back to sleep didn't feel right. Instead, she reached into her bag sitting on the floor and pulled out her sketchbook, flipping it open.

As she doodled absent mindedly, she thought back to the dream again. There were people that believed what you saw in your dreams could help you predict your future, right? Maybe she ought to look into it. There was... a lot of blue. That might mean something. The time passed as she continued to get lost in her thoughts. Somewhere along the way she'd started going over English vocab in her head.

"Naoka! Let's go!" her dad eventually called from downstairs, snapping her out of her thoughts. "Take your luggage down, we're gonna leave in a sec."

"Coming! Coming," she shouted back. "Coming! Coming," she shouted back. She hastily closed over the drawing of a woman who looked suspiciously like Safie, shoving her sketchbook back into her bag. Then, she carried her luggage down to where her dad was waiting in the car, sliding wordlessly into the backseat. He started the engine and began to drive towards the school.

"Yeah. Is mum... not coming?" They were leaving early, since her parents had to go to work not long after. Naoka didn't mind, since she was used to waking up early anyway. The sooner she got in, the sooner she could settle back into the comfortable school routine.

"She was up late yesterday, so she's sleeping in."

"Don't worry, she'll probably send you a text when she gets up. But you're finally third year, huh? You sure have grown. I still remember your first day of elementary school like it was yesterday."

"I think we have some pictures somewhere, you know! I should send you them later."

"Uh, don't worry. You don't need to," she replied, staring blankly at her faint reflection in the window. She didn't feel very different from the year before. She'd gotten her hair cut much shorter over summer (it had been waist length before, but it was becoming a pain to manage), though that was about it.

"You never know when you'll need them. Make sure you study hard this year."

She didn't respond. The rest of the ride finished in complete silence.

She'd gotten in early, so the girls' dorms were pretty much empty. There wasn't much hassle, she'd said bye to her dad and gone in. There weren't any tears. They'd see each other again soon enough. Naoka yawned slightly as she trudged up the stairs. She'd forgotten to have coffee that morning. No wonder she felt so off. The dream probably didn't mean anything after all.

Her dorm room was pristine. Not for long though, after a week or two she was always left with half the floor space and ten times the mess. She began to unpack, which is to say, she dumped the contents of her luggage onto the floor. Except for her many posters, which were put up neatly on the walls in the exact same configuration as the last year. It was the optimal arrangement for admiring their contents.

With that done, Naoka's list of things to do was fully exhausted. In a sense. She'd made sure to study at least three hours a day for the entire holiday, so there wasn't a massive need to go over her notes again. Oh, she really ought to deal with all the stuff she'd left on the floor. Sighing, she sat down next to it and began to unpack properly. Her coffee could wait a little longer.
In Windfall ☄ A Character-driven Fantasy → 2 yrs ago Forum: Casual Roleplay
Ori Tabel 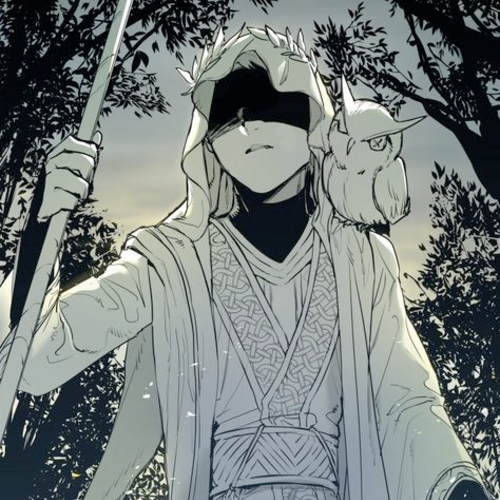 ori ● 23 ● male man
______________________________________
Appearance:
Ori is around 5'8, with short brown hair and grey eyes that are usually covered by a piece of cloth during the day. His regular attire covers most of his body, mostly a blue colour that is very loose and comfortable.
Reputation:
Ori travels around an awful lot, and he's well known in quite a few cities for being banned from every tavern in the area. For someone who'll be dead in two years, he's incredibly laid back and thoroughly lacking in self preservation. It comes off as a little odd, considering how much time and effort he continues to put into curing himself. He's easy enough to get along with even if he's a bit of a tease and not the best at following instructions.
Reason for Traveling:
There's a fairly popular children's story. One of the ones parents tell to scare their children into obedience - to make sure they won't do shouldn't. Here's the abridged version: there was a man, he loved his wife very much, she died, he cried, he used blood magic in a pitiful attempt to bring her back to life which inevitably failed, cursing their children and all of their descendants after them to die early deaths. Fun story, right?

Ori, as fate will have it, is a part of that cursed bloodline. In fact, as far as he knows, he's the only one left. It's not a surprise - the curse, along with extreme light sensitivity, has caused every single member of his family to die before they turned twenty five. Most of them died younger. He's lucky to have held on for this long. He's travelling for the sake of finding some kind of cure before he kicks the bucket - but time is running out.
Meta:
Ori's journey will be about him trying to remove his curse, so he probably won't be taking massive detours to go kill god. Pretty much anything else goes! Whether or not the cure is found is for you lot to decide. Maybe it exists, maybe it doesn't, maybe he ends up dying, maybe he doesn't. (just don't kill him off too early please t-t)

Even if his situation is a bit grim, I don't expect Ori's story to be 100% serious and dark, since he's not that kind of person. The direction of his development will probably rely a lot on how his journey goes, so I couldn't say that I have a good idea of what I want for him. Surprise me!
Skills:
• Skilled medic. It's his main source of income.
• Adept with blood magic, mainly in the curse removal department (though he can't figure out his own yet). He hates to use it and hardly ever does. It's illegal after all, so he doesn't tend to tell people about it either.
• Excellent vision at night or in darker/dimly lit environments.
Extra:
In Testing my images and stuff → 2 yrs ago Forum: Test Forum 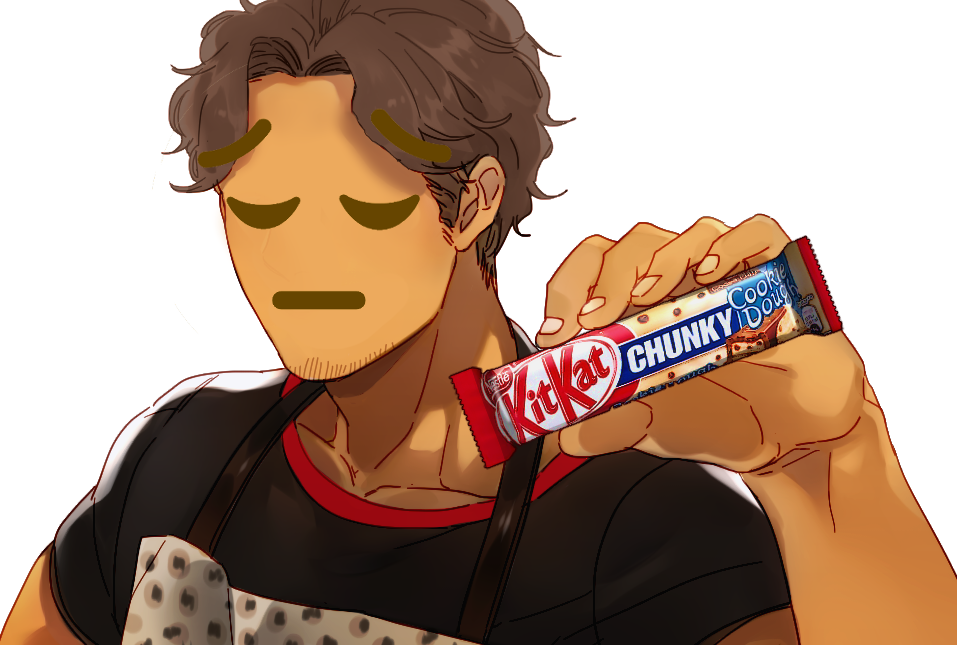